In order to provide a solution to the downfalls of agriculture as the Earth’s population increases, Framlab has developed Glasir, a modular tree-like structure that uses aeroponic systems to grow local produce in cities without disrupting the flow of the urban landscape. 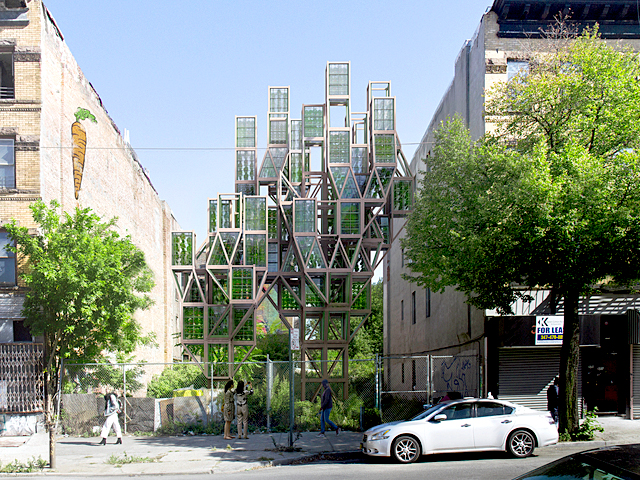 Framlab is an innovation studio founded by Norwegian architect Andreas Tjeldflaat and based in New York City. Glasir is an innovative proposal that combines the flexibility of modular systems with the efficiency of aeroponic growth systems to create “self-regulating, vertical farming structures that can provide neighbourhoods with affordable, local produce year-round”. 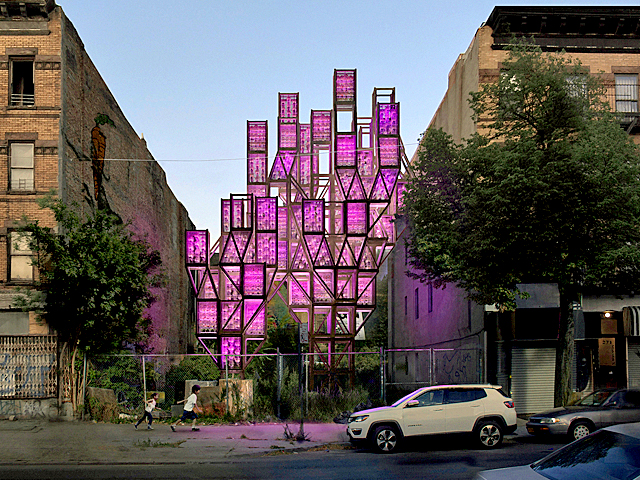 Glasir comes as a proposed solution to the downfalls of agriculture, which requires significant amounts of land and water, and contributes heavily to deforestation and biodiversity loss. With 37 percent of the earth’s surface already used for farming, as the global population continues to grow, it is imperative that agriculture practices develop with it to serve these demands without contributing to more land loss. 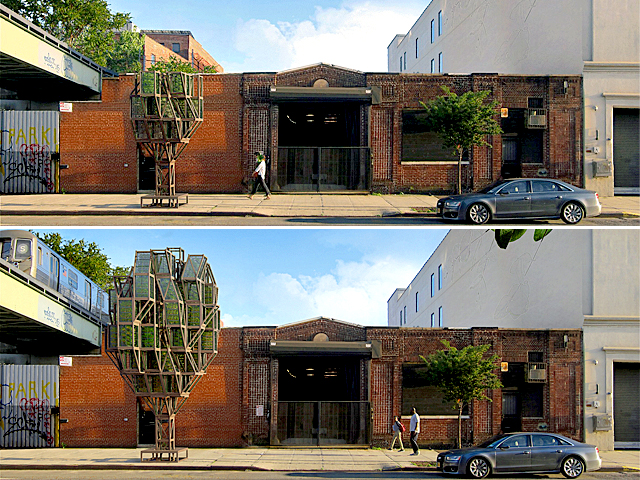 Framlab describes Glasir as “a majestic tree described in Norse mythology as the most beautiful among gods and men…characterised by a monopodial trunk with rhythmic growth, developing tiers of branches — themselves morphologically identical with the trunk”.

Glasir consists of ten modules: five growth modules, three production modules, and two access modules. Each module can connect to the other, enabling the system to be assembled in a multitude of configurations, optimising high-yielding production of local fruits and vegetables. The design itself offers a distinctive landmark without impacting the design and aesthetic of a streetscape. 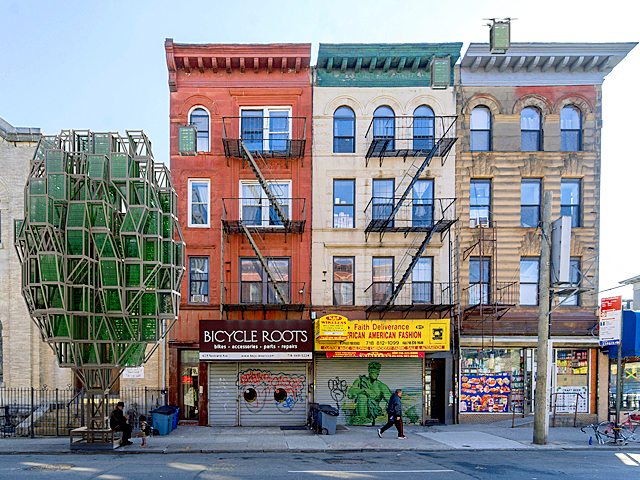 The 2x2 structure can be constructed anywhere in a city, as it relies on aeroponic growth – growing plants in mist environments instead of soil. the system is highly water-efficient and flexible, allowing roots to absorb higher than normal levels of minerals and vitamins. AI and environmental sensors will aid the ‘tree’ in optimising its growing. 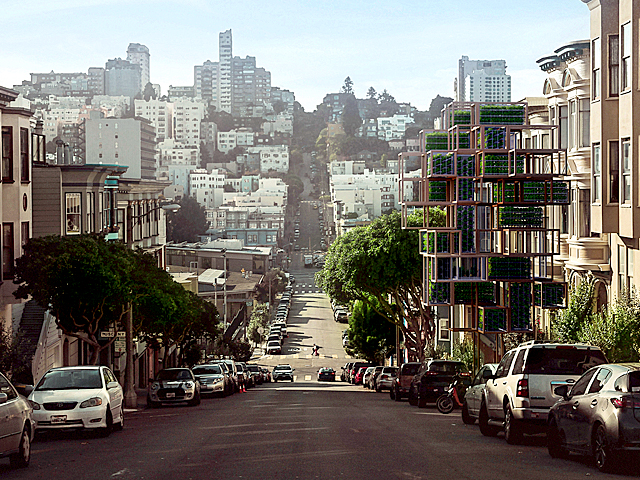 Glasir offers affordable and locally-grown produce for thriving cities to dwindling neighbourhoods. The appearance of the ‘tree’ also serves to create visibility and awareness of the importance of fresh produce and local vegetation. image6