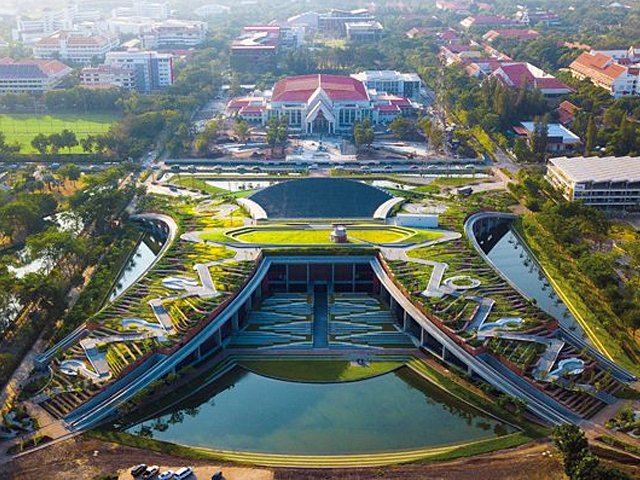 Alongside a team of engineers and designers, Bangkok-based landscape architecture firm LANDPROCESS has realised the farm in the Pathum Thani Province of Thailand. Repurposing a massive 22,000 square metres of previously unused space, the project marks Asia’s largest organic rooftop farm.

Combining the tradition of rice terraces with modern green roof strategies, the team has turned a once neglected area into a lush public place for sustainable food production. 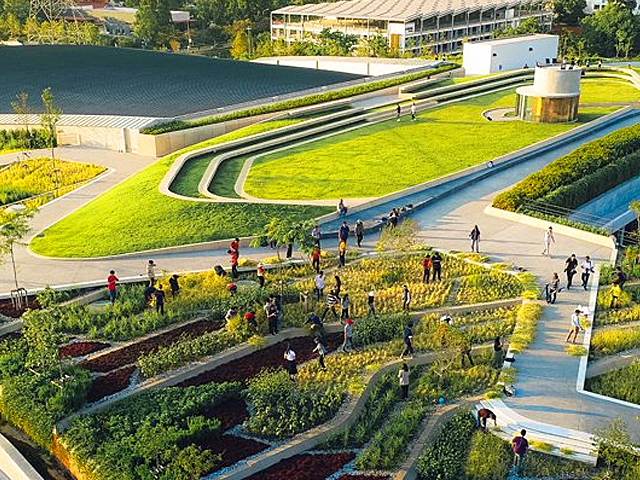 With an earthwork of rice terraces and modern green roof technology, the cascading rooftop absorbs, filters and slows down runoff 20 times more efficiently than a conventional concrete roof. 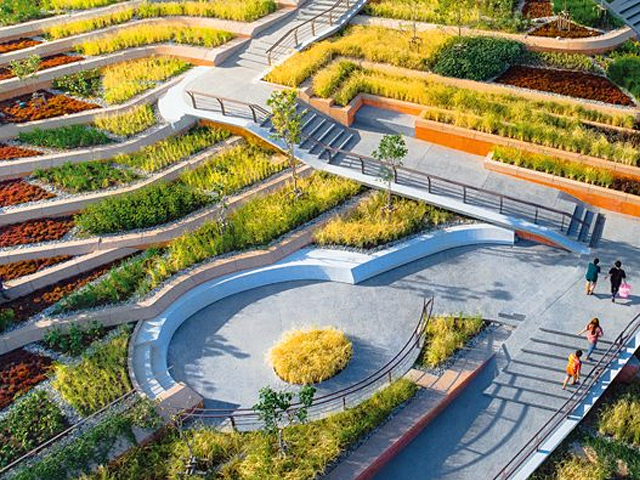 Turf grows food to feed the campus as rainwater zigzags down the slopes. At the end of its journey, four retention ponds await on each wing, mitigating and storing excessive rainfall for future use during drought. Carving into the mountainous architecture, turf maximises the terrain to create multifunctional public spaces and a large amphitheatre with a 360-degree panoramic view of Bangkok.

The roof is equipped with solar panels, capable of producing up to 500,000 watts per hour to irrigate the urban farm and power the building beneath it. 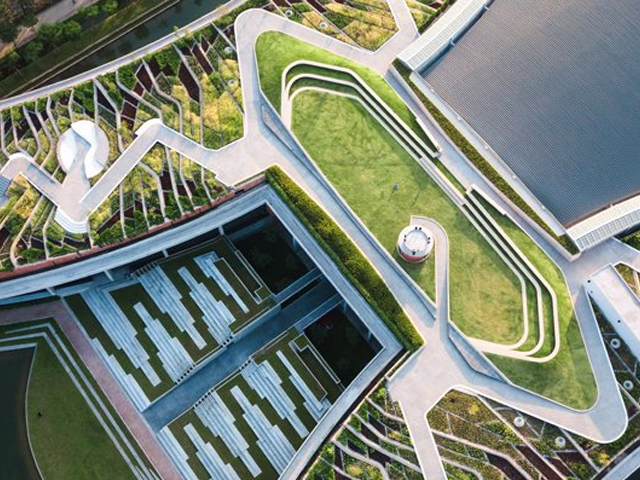 This project has been conceived as a realistic but hopeful solution to the climate crisis, putting urban dwellers back in tune with agricultural practices. Lessons on Thai agriculture, landscape and native soil are embedded into turf, educating future leaders to adapt and embrace climate challenges, by building sustainable cities for generations to come.