The visual appeal of Australian landscapes is an integral component of any outdoor space and Ozbreed has an extensive range of plants, grown to survive in Australia's harsh climate, to help you create the lush landscape of your dreams. 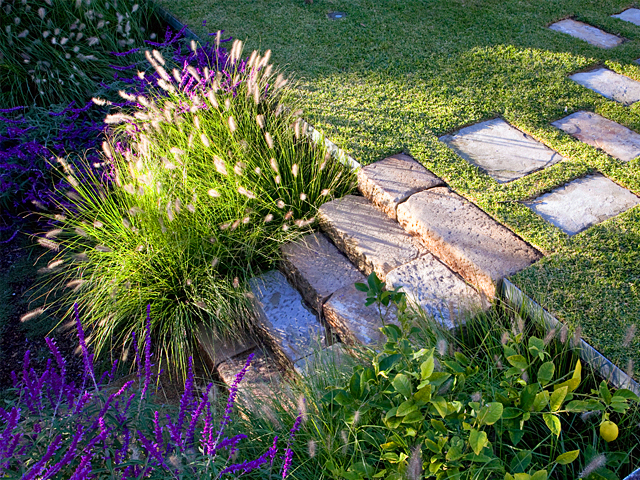 If you look at any coffee table book, glossy magazine or social media platform that includes Australian garden design right now, a few things are consistent in the visual effect. Clients are asking designers and landscape architects to create lush gardens, overflowing with a contrasting range of foliage colours and textures, with a colour pop provided by seasonal flowering.

In the urban public landscape design realm, landscape architects are answering a plant brief that requests diversity and contrast – while coping with the heat island effect caused by the increasingly ubiquitous hard surfaces.

The definition of an Australian garden’s has been consistently widening to include small, urban potted gardens as well as rooftops and greenwalls. Evident also is the disappearance of symmetrical formality to make way for a more relaxed garden composition, which could be considered a result of a change in social attitudes, a desire to take it easy in our gardens rather than rigorously maintain them, or international design influences such as the meadow- style plantings made popular by Piet Ouldof. Either way, it’s a win for plants – more variation and individuality can be expressed in the number of different species that make up a garden’s plant list.

Whatever microclimate you’re situated in, the common thread for most of us is the changing environmental conditions.  Whether you’re a landscape architect combating the rising pressures caused by the increasing heat island effect in an urban development, or landscape designer mapping out your client’s new garden, you’ll notice some popular and much-loved plants are coping with the incremental increase in temperatures, while others are not.

In a hotter urban future, our landscapes need to thrive. Landscape designers and gardeners need to be assured the plants they buy will cope with the new extremes. Plant breeding that takes our modern variable and inconsistent harsh Australian climatic extremes into account is vitally important for establishing gardens now and into the future.

Ozbreed has been trialling plants in Clarendon, NSW, at the foot of the Great Dividing Range, for more than 15 years. It’s a climate of extremes, with lows of -6°C in winter to summer highs of 47°C. Some years the dry extremes resemble those of the Mediterranean-esque South Australia. In other years, extensive summer rains, provide a humid climate similar to northern NSW or southern Queensland. Without such a harsh testing site, Ozbreed would not be able to breed plants that withstand such harsh climates. 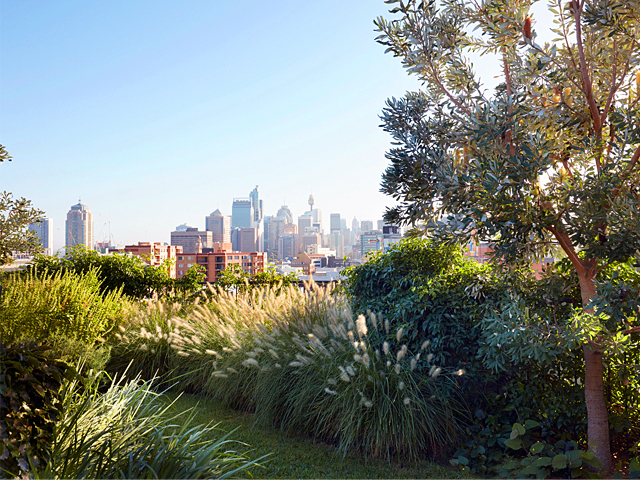 Ozbreed also conducts independent testing with industry professionals such as nurseries, in wider NSW and all other states in Australia through their New Product Development (NPD**) program.

Australian garden design can’t be pinned down to a single style given that our population is as wide and varied as the country itself. Whether the tones of a garden are more muted and borrow from the familiar native landscape, channel that lush, emerald-green of the tropics, or use sparse, striking architectural and succulent plantings in their creations, all denote contemporary Australian garden design.

Ozbreed’s native Pennisetum ‘Nafray’ has been complementing contemporary garden designs for over 15 years and we haven’t seen the best of it yet, as it’s been bred to withstand even hotter conditions. It’s glaucous-green, fine grass-like foliage and wind-catching flower spikes has made it a popular choice for mass planting.

The deep greens of Dianella ‘Little Jess’ lend a lush garden a dependable, glossy, strappy-leaved contrast planting, great for ever-green clumps with great drought tolerance and little to no maintenance.

Aloes are surging in popularity in Australian gardens due to their resistance to our tough climatic conditions and their winter-flowering, bringing much needed colour on grey cold days, or contrasting beautifully with our clear-blue winter skies. Their sculptural habit and flowers on long stems, make them a great addition to gravel gardens or Palm Springs -inspired designs. Ozbreed’s four ‘Mighty’ Aloes in the Emporium range, have citrus-toned flowers and year-round clean, crisp and interesting foliage.

And of course, ambient shade provided by trees, lowers the intensity of the heat island effect in urban, hard surface areas. In these high-trafficked spaces and in shrinking backyard gardens, there is still room for reliable shade trees. Fondly known as ‘Luscious’ in the trade, Ozbreed’s Tristaniopsis laurina ‘Luscious’, with glossy broad leaves, attractive bark and perfumed flowers, is an elegant native tree that is a popular choice for a specimen tree, or used as a dense hedge or at canopy level in a layered contemporary garden, providing instant privacy. 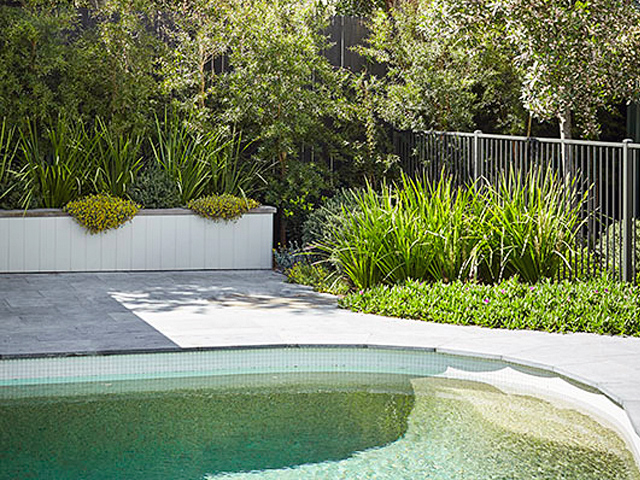 There is no one contemporary Australian garden style, but there is an Ozbreed plant that has been bred and tested to suit them all, while thriving in the increasingly changing Australian urban climatic conditions.

* Ozbreed’s New Product Development (NPD) program, is a trial and evaluation program involving plants that are close to bringing to market. It takes a commitment from independent growers, education bodies through TAFE campus’s and landscape designers throughout Australia, to trial, observe and supply Ozbreed with feedback on a plant’s adaptability to different locations, climates and conditions. Ozbreed is always looking for extreme conditions beyond those of its Clarendon location, to ensure you get the best from the Ozbreed plants you specify in your landscapes, all over Australia.