More than 50,000 plants have been planted along Park Street in Royal Park as part of a City of Melbourne and Victorian Government initiative to green the city with 150,000 new trees, shrubs and grasses. 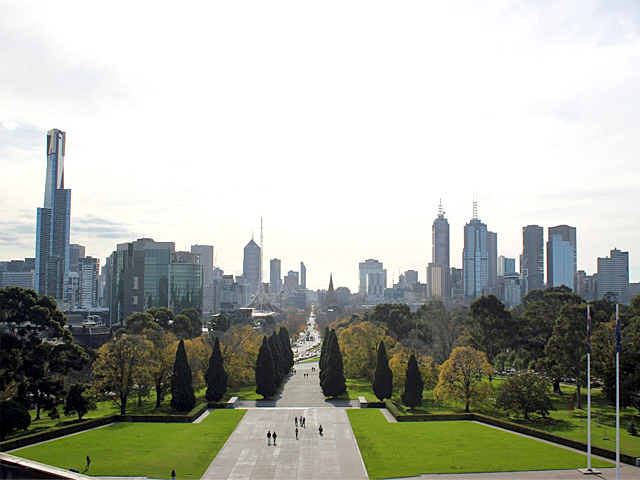 Lord Mayor Sally Capp said the ambitious project has created jobs for 54 people who would otherwise be unemployed, with a further 10 people employed collecting data on trees across the city.

“This project is creating dozens of jobs during these uncertain times and creating a greener Melbourne,” the Lord Mayor said.  “So far, workers have planted an average of 1500 plants a day, and covered 5.5 hectares in total – that’s almost enough to plant out the MCG oval three times over.

“Our parks and gardens have always been important to our city, but during the pandemic they have provided critical space for people to safely exercise and enjoy fresh air. Investing in our parks and gardens will deliver a healthier and greener city now and into the future.”

Grasses being planted include Kangaroo Grass, Common Wallaby Grass and native wildflowers such as Australian Bluebell and Chocolate Lily. Trees include Drooping Sheoak, Yellow Box and River Red Gums – all of which are indigenous to the area.

In addition to planting activity, the 64 workers are preparing sites, protecting the trees and plants from pests and diseases as they grow, and collecting data on existing trees and plants.

With planting now completed at Park Street, workers will next week begin planting 25,000 plants and trees at The Avenue, in Royal Park. Other future planting sites include Flemington Road (in Royal Park), along with parts of Dynon Road, the Maribyrnong River bank, and Riverside Park, Kensington.

Environment portfolio Chair Councillor Cathy Oke said the city had continued to take climate action, even while responding to COVID-19.

“Planting more trees and plants is one of the most effective and simple ways to respond to the climate and biodiversity emergency,” Cr Oke said. “This project will create 24,000m² of understorey habitat, increasing understorey vegetation in the city by six percent. Understorey plantings are incredibly important for supporting biodiversity – which is needed to sustain healthy environments in our parks and gardens.

“These 150,000 native plants and trees will provide crucial habitat for our 276 species of birds, mammals, reptiles and frogs – as well as more than 1500 species of insects.”

This project is in addition to City of Melbourne’s $1.8 million annual investment in planting 3000 trees each year.

Via City of Melbourne