THE BENEFITS AND RISKS OF PLANT SOURCING


Now more than ever, professionals in the nursery industry need to be aware of the risks that come with plant sourcing, before they find themselves in a pickle. Do you know what the risks are? 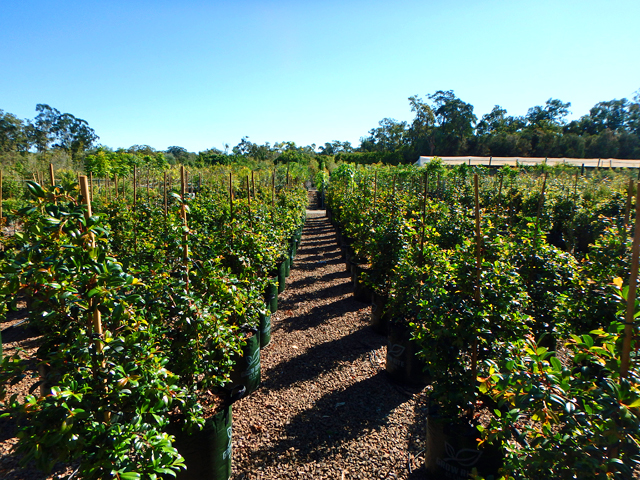 Increasingly, social licence is an area of risk, not only for our own sector but across many others. A recent example of social licence and the pressures it exerts is the discussion around agrochemicals, namely noenicitinoids and glyphosate.  Other social licence issues include worker conditions and the sustainability of production inputs e.g. water, plastics and energy, global warming, and environmental impacts.

Social licence is a relatively new term originating from the mining sector and one that can be broadly described as the level of trust that society has in a business to conduct its operations in what is perceived as a legitimate, transparent, accountable and socially acceptable way. In this sense, it is separate from legal mechanisms, however it can be an impetus for legal reforms. A business with poor social licence may well be able to operate, but it will lack support from the public and this will negatively impact upon the successful operation of the business.

For these reasons, responsible sourcing is becoming the norm of businesses around the globe, with the public expectation that businesses exercise due diligence in all their operations. The nursery industry sector is no different.

Biosecurity is a significant risk in plant sourcing and covers the proliferation and impacts that plant pests, diseases and weeds have on the environment, our economy and our way of life. Recently, several state governments have changed their legislation in respect to biosecurity and introduced the concept of a general biosecurity duty or obligation.

For example, the following is an extract from the QLD Biosecurity Act 2014:

What is a general biosecurity obligation?

Given this, each person within the broad industry supply chain would reasonably be expected to know the biosecurity risks of what they are doing and is responsible for these risks. Similarly, each person should also take steps to prevent, eliminate, or minimise the biosecurity impacts of their actions. For example, this would include sourcing disease-free plant stock, employing basic hygiene practices in the field and notifying authorities in the advent of finding unusual pest or disease symptoms.

Failure to do so could lead to prosecution under the act not to mention the flow on impacts to their business industry and the broader community.

HOW DO I MANAGE THESE RISKS?

It can be hard to be across all the risks which are possible in souring plants, likewise it’s hard to see what happens behind the scenes at a nursery. There is however a way for you to limit your risk in plant sourcing and that’s by sourcing your plant stock from a nursery accredited through the Nursery Production Farm Management System (FMS).

In operation for over a quarter century, the Nursery Production FMS accredits not only production nurseries but also growing media manufacturers and greenlife markets.

The Nursery Production FMS is made up of three programs:

The core program is the Nursery Industry Accreditation Scheme Australia (NIASA), which this covers industry best practice in crop hygiene, crop management, general site management and water management. NIASA provides a level of assurance around consistent product quality and performance as well as a signalling that a business is responsible, sustainable and professional. NIASA is also endorsed through the Smart Approved Water Mark scheme.

EcoHort is an environmental management system which is designed to further assist NIASA accredited operations to improve their business and environmental sustainability through a risk assessment and continuous improvement process. The core issues addressed include water, pesticides, waste, land & soil use, energy, pollution, and biodiversity.

BioSecure HACCP is the industry’s dedicated on-farm biosecurity management program designed to assist NIASA accredited businesses to systematically assess and manage their current and future pest, disease and weed risks. Based on HACCP principles (Hazard Analysis Critical Control Points) this program anticipates and prevents biosecurity issues before and during production rather than only relying on an endpoint inspection. BioSecure HACCP has received numerous endorsements from the government, including being approved as the first industry owned and operated biosecurity program to meet interstate market access requirements in a co-regulatory relationship with state and territory governments.

Each of the programs are independently audited by professionals, which means that you can be assured that NIASA accredited businesses are meeting the best standards in the industry.

The Benefits and Risks of Plant Sourcing
Universal Magazines