Value Farm is an amazing urban agriculture project in Shenzhen, China that encourages locals to participate in a collective farming effort. Thomas Chung, together with Tris Kee and Chi Fai Fung, transformed an open area within Ole Bouman’s Value Factory from an abandoned industrial facility into an expansive farm that flourishes with a smorgasbord of edible plants. Projects like this could also go a long way towards improving food security for the world’s most populous nation.
The colossal 2100m2 factory has become a testing ground for a number of green ideas. Within the confines of the space, the studio preserved the original factory features, such as old walls, trees, and natural water access while its existing brick enclosures have been transformed into rooftop agriculture plots. These have been levelled into different heights to create different soil depth suitable for a variety of crops. In addition, an irrigation pond taps into the underground water source in order to enable an integrated sprinkler system.

Beyond making a ‘Little Hong Kong’ in Shenzhen, the idea was to curate a dynamic space where self-sufficiency meets creative use of urban space. To reimagine the factory as Value Farm, the land was revived as a green hub that the local community can live from. It has become the host of several events organised to connect the people to the land, including Sowing, Tasting, and Market Festivals that engage community members and encourage visitors to participate.

This creative idea is part of the Shenzhen Hong Kong Bi-city Biennale of Urbanism\Architecture 2013, inspired by existing elements of Hong Kong’s green planning initiatives. These include rooftop farms that reconnect the city’s inhabitants to small-scale food production and boast several energy saving features. As the space continues to develop, and food production evolves, Value Farm could become a model for similar initiatives throughout China. 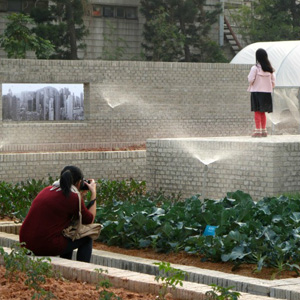 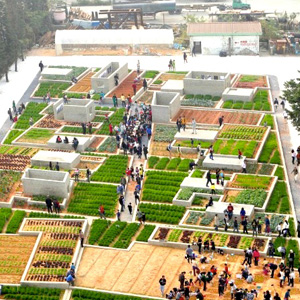 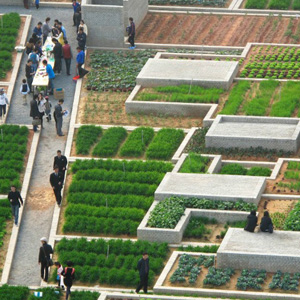