Innovative park design and public space reclamation have combined to become one of the latest green trends to emerge in contrast against the urban concrete jungle.

These green trends have enjoyed such massive success in the public eye that developers around the world are scrambling to innovate and replicate, with projects ranging from public rooftop green spaces to elevated parks, such as the Promenade Plantée in Paris or the famous High Line in New York City. 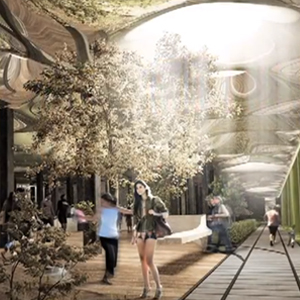 The latest of these groundbreaking projects is the unique Lowline in New York City, a proposed underground park that would be the first of its kind anywhere in the world. If the plan comes to fruition, the Lowline will fill an abandoned trolley terminal on the city’s Lower East Side with open space and greenery.

However, since co-founders James Ramsey and Dan Barasch were still searching for an efficient and practical way to get sunlight into the underground park, a successful Kickstarter campaign was launched to fund a ‘Lowline Lab’ for the testing of solar technology. The Lowline project is currently in its early stages and despite the fact that the team still needs city approval and hundreds of thousands of dollars to make their project a reality, the proposed timeline for public access is 2018.

Whilst waiting to enjoy the Lowline, check out some of these more unique, but by no means less beautiful, Public Park spaces from around the world. 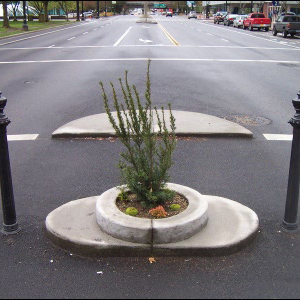 Don’t count on laying your picnic blanket here—this park is only two feet long! With a total area of 452 square inches, Mill Ends Park is certified by the Guinness Book of Records as the smallest park in the world.

Created in 1948 when a lamppost intended for the site was never installed, the tiny park has played host to everything from a swimming pool for butterflies to a miniature Ferris wheel. It was named an official city park in 1976, and today is the site of many of Portland’s St. Patrick’s Day festivities. 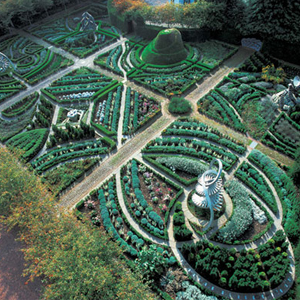 For a walk in the park as enriching and enlightening as it is refreshing, head across the ocean to experience the awe-inspiring Garden of Cosmic Speculation. Located in South West Scotland, the park and sculpture garden is a 30-acre spectacle designed by theorist and landscape architect Charles Jencks.

The garden may be predominantly devoid of foliage, but it’s full of sculptures and landscaping inspired by mathematics, science, and cosmology. According to Jencks’ website, “a water cascade of steps recounts the story of the universe, a terrace shows the distortion of space and time caused by a black hole, a ‘Quark Walk’ takes the visitor on a journey to the smallest building blocks of matter, and a series of landforms and lakes recall fractal geometry.”

However, visitors are advised to plan their trip wisely—the garden is only open to the public one day a year. 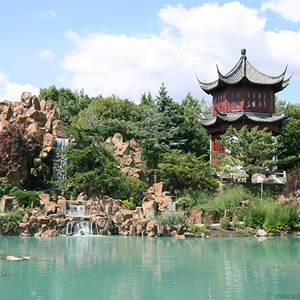 190 acres and numerous collections and facilities make the Montréal Botanical Garden one of the most highly regarded botanical gardens in the world.

Visitors can explore one of four main sections: a Chinese garden with an artificial mountain and a collection of donated bonsai and penjing; a Japanese garden featuring tea ceremonies and a large koi pond; the First Nations Garden dedicated to the indigenous Canadian population; and the Alpine Garden covered in small alpine plants.

Other attractions include a poisonous plant garden and an arboretum.