Tree covered terraces and translucent metallic walls line the exterior of the approved renovation plans for a residential block in Rome.

After initially winning a design competition in 2010, the Beijing Architecture studio, MAD, was charged with completely overhauling the 8-storey building originally built in 1971. 4 years later MAD has finally gotten approval from local planning authorities to go ahead with construction.

Setting the development apart from most others, is a unique bid to conserve the original architectural core of the building. Rather than tear down and re-build, the design concept is to strip the building right back to its original structural framework, making room for extended balconies and spacious, open-plan living. 145 apartments will contribute to the building, varying in size from studio rooms to family sized homes. Additionally, glass and metal-mesh will partially make up the exterior walls of the complex surrounding the courtyard, offering garden views, including a newly created pond, to a lucky few.

To further the juxtaposition between modern architecture and the natural environment, trees will be dotted along the balconies while gaps in the floor plates will allow for tree branches to exist and grow organically.

The building comes as an opportunity for the architectural firm to highlight the conjunction between modern living and such a historic, museum-like city; simultaneously marking the first building from MAD to be built in Europe. The Sheraton Huzhou Hotel in China and the Absolute Towers in Mississauga, Canada, do however appear on the firms’ list of accomplishments. 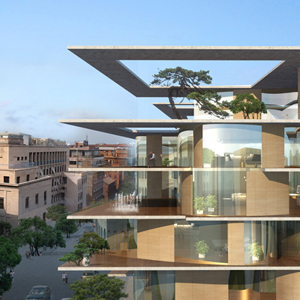 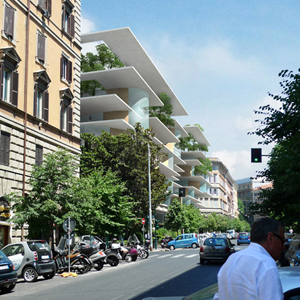 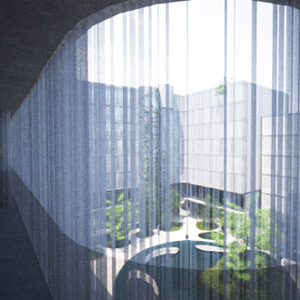