Are Rooftop Amenities the New Standard Inclusion for Residential Development?

There’s no question that, as Australia’s population grows, high density living will become the way of the future, and with many young Australians looking to own their first home, it’s becoming the only affordable choice. 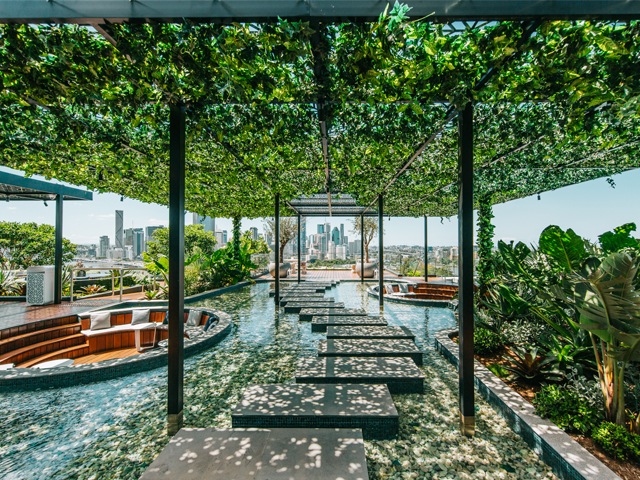 Owning a two-bedroom apartment with sweeping skyline views is fast becoming the new Great Australian Dream and with affordable quarter-acre blocks becoming increasingly hard to come by, young professionals and retirees alike are choosing to live closer to the heart of the CBD.

Top tier and boutique developers alike are capitalising on their humble rooftop spaces, turning them into sanctuaries of relaxation and recreation zones to dine ‘al fresco’ while enjoying panoramic views of the urban landscape. 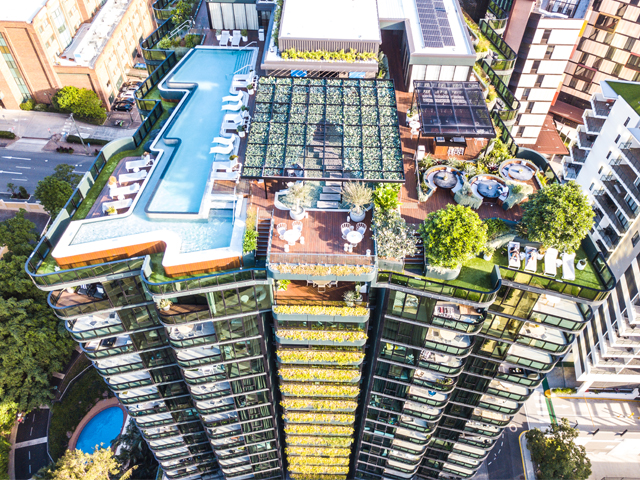 Co-founding director, Jack Martin, says developers have a huge opportunity to leverage what is traditionally a ‘second thought’ on most projects.

“As apartment living becomes a standard choice for not only Millennials but also many downsizing retirees, developers need to think about how they improve their customers’ quality of high density living,” said Martin.

“Especially in cities like Brisbane, that enjoy a temperament climate year-round, planning the inclusion of beautifully landscaped rooftop amenity can not only help developers capitalise on once-overlooked space, but also improve the capital value of their residents’ apartments over the long term. 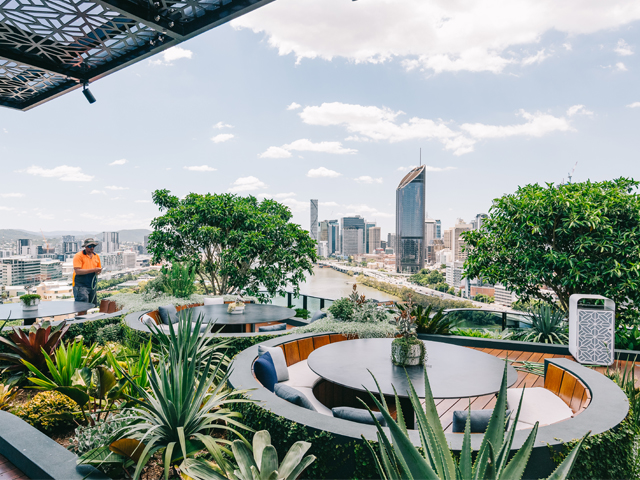 “Brisbane City Council’s ‘Buildings that Breathe’ guidelines have resulted in rooftop amenity being increasingly recognised for its potential, and for subtropical tailored infrastructure, developers are utilising rooftop space as an asset, which in turn becomes a major talking point for their development.”

“In Hong Kong, for example, the rooftop amenity at ‘Skypark’ in central Kowloon is geared towards young professionals seeking a lifestyle balance, with developer New World creating a setting primed for socialising and relaxation, offering lawned gardens, a green clubhouse and park spaces with amphitheatre-style outdoor seating.” 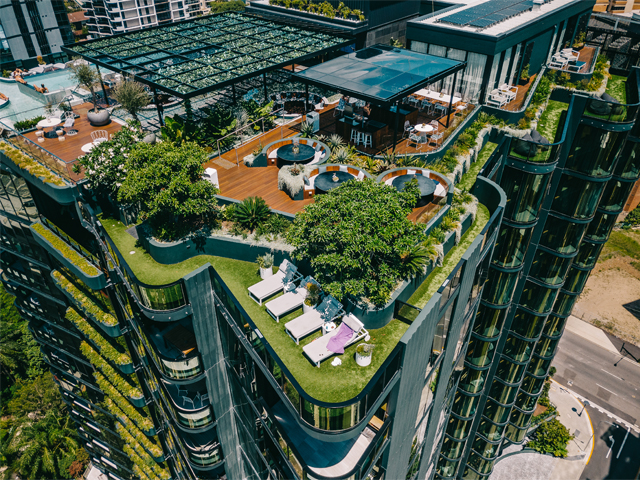 Closer to home, the ‘Oxley and Stirling’ project, developed by award-winning Brisbane developer Aria Property, has created a national benchmark in landscaped rooftop amenity with their gravity-defying and visually striking use of greenery and landscaping.

Beyond the landscaped outdoor rooftop space and panoramic views of Brisbane River, residents can enjoy facilities which rival the most exclusive hotels, with a rooftop theatre, wine cellar, private dining room and gymnasium. 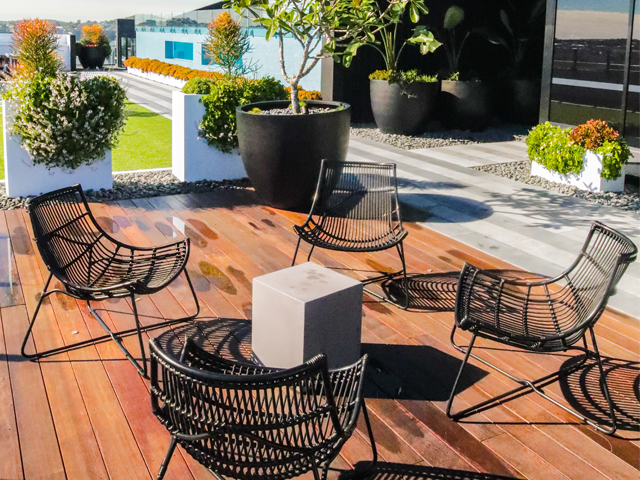 Further down the road, in the heart of Brisbane’s Woolloongabba, ‘South City Square’ is a visionary $600 million residential mixed-use project developed by Pellicano and Perri Projects.

The overhaul of the once industrial area features six rooftop gardens across five residential towers and the South Square Hotel building.

“We worked closely with Pellicano and Oculus to rethink the boundaries of green space in a high-density urban area,” explained Martin.

“Buyers are looking for apartments that offer state-of-the-art design, bespoke fittings and resort-style experiences. A well-planned rooftop amenity is invaluable, especially in high-density areas that are lacking in green space and outdoor facilities.” 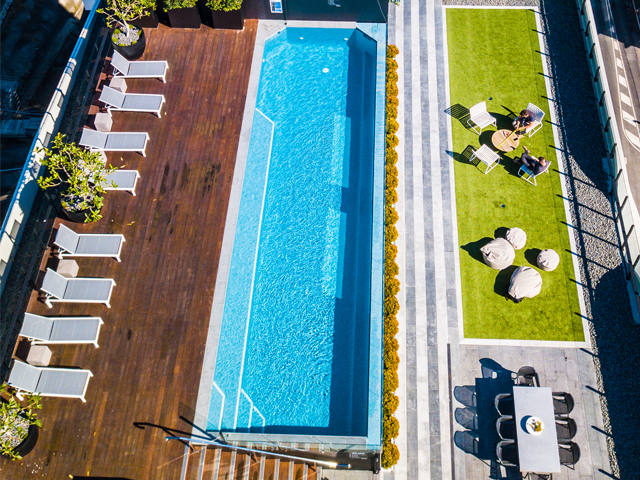 David Scalzo, Managing Director at Perri Projects, agrees. “We knew we wanted to invest in a long-term urban renewal project rather than a purely residential development,” said Scalzo.

“We also know that climate is incredibly important in Brisbane, so there is a blurring of the indoors and outdoors with oversized fans in outdoor public spaces. We wanted to create a place specific to the subtropical climate, which is why there is a focus on al fresco dining and opulent rooftop gardens.”

With this increased demand for rooftop and outdoor amenity from green-poor city dwellers, the trend in eco-focused architecture and design excellence is only set to grow.

By rethinking the boundaries of green spaces and luxury living in high density urban areas, sprawling urban centres are undergoing a dramatic transformation from concrete jungles to green cities that breathe better.

Ultimately, this trend shows that the humble rooftop will no longer be a second thought, but rather a key element and opportunity in the high-density developments of the future.

Previous postThe Redevelopment of Toronto Next postWhy are Old Eucalypts Worth Saving?