Why are Old Eucalypts Worth Saving?

In urban landscapes, many consider large and old eucalypts a dangerous nuisance that drop limbs, crack footpaths and occupy space that could be used for housing. But when we remove these trees they are effectively lost forever. It takes at least 100-200 years before a eucalypt reaches ecological maturity. 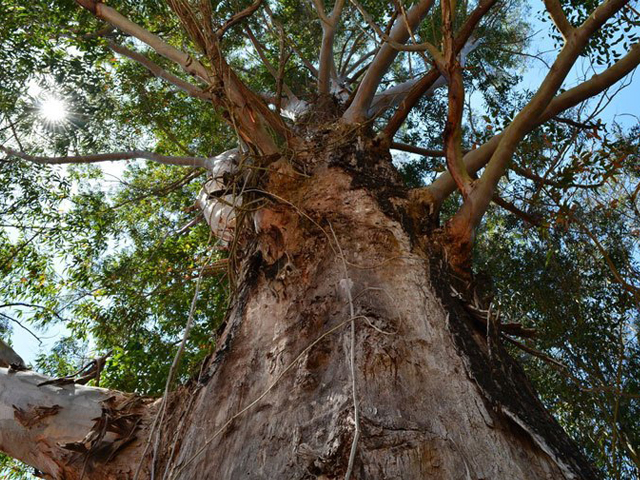 Birds use old eucalypts as places to perch or nest

As trees mature, their branches become large and begin to grow horizontally rather than vertically, which is more attractive to many birds as perches and platforms where they can construct a nest.

Wildlife also use cavities inside ageing eucalypts. These are formed as the heartwood (the dead wood in the centre) decays. When a limb breaks it exposes cavities where the heartwood once occurred.

This is such a ubiquitous process in our forests that around 300 of Australia’s vertebrate species, such as possums, owls, ducks, parrots and bats, have evolved to use these cavities as exclusive places to roost or nest.

Mature trees also support high concentrations of food for animals that feed on nectar, such as honeyeaters, or seeds, such as parrots.

One study found that the number of native birds in an urban park or open space declines by half with the loss of every five mature eucalypts.

HOW CAN WE KEEP OLD TREES?

Decaying heartwood in older eucalypts lead to some large branches falling. This is when most eucalypts are removed from urban areas. So, we remove trees at the exact point in time when they become more attractive to wildlife. 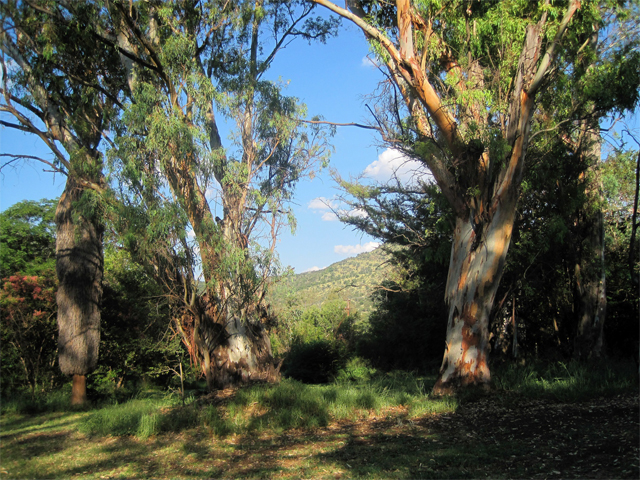 Plantings around the base of a mature eucalypt discourage pedestrian traffic or parked cars.

A well-trained arborist knows that old — or even dead — eucalypts don’t need to be removed to make them safe. A tree is only dangerous if it has, what arborists call, a target. Unless there is a path, road or structure under a tree, then the probability of something or someone being struck by a falling branch is often below the threshold of acceptable risk.

Progressive arborists first focus on eliminating targets. For example, they might plant shrubs around the base of dead or rapidly ageing trees to minimise pedestrian traffic, rather than eliminating trees.

Where targets can’t be managed, trimming trees can remove branches that have a high risk of falling. Trees can also be structurally supported (braced) to remain stable. Such trees remain suitable as habitat for many native species. 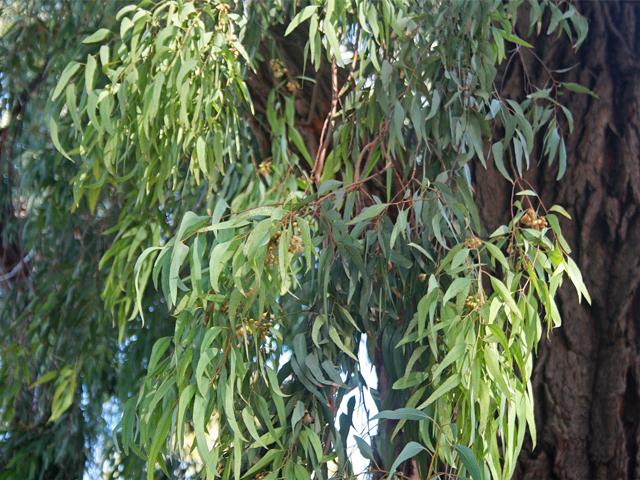 Developers can plan around old trees

HOW TO DESIGN AROUND TREES

The removal of mature eucalypts is, in part, due to urban developers not considering these trees early in the planning process.

Philip Gibbons, associate professor at ANU, worked with one developer on the outskirts of Canberra to identify important trees. The developer then planned around, rather than in spite of, these trees.

The outcome has been around 80 percent of mature trees have been retained. This is much greater than the proportion of mature trees retained in other new urban developments in Canberra.

Australia’s population is projected to double in 50 years, so our suburbs will continue to infill and expand. This will result in the continued loss of our mature eucalypts unless our approach to planning changes.

Previous postAre Rooftop Amenities the New Standard Inclusion for Residential Development? Next postFive Cities That Made Their Streets Safer with Urban Design