Seeking to connect the city with the waterfront, the newly completed Chicago Riverwalk development has transformed a former industrial area into a dynamic multi-use scheme with the addition of a 2.4km promenade that enhances public engagement. 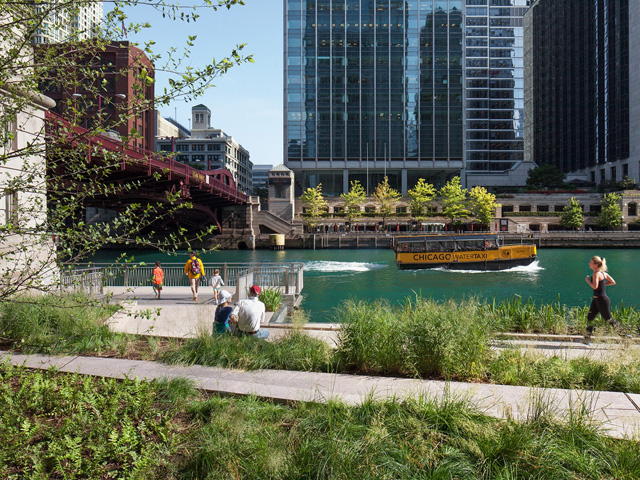 15 years in the making, the Chicago Riverwalk development has finally been completed.  Developed by Ross Barney Architects in collaboration with planning and design firm Sasaki, the public space project was designed and completed in three phases to provide a much-desired connection between the Windy City and its waterfront. 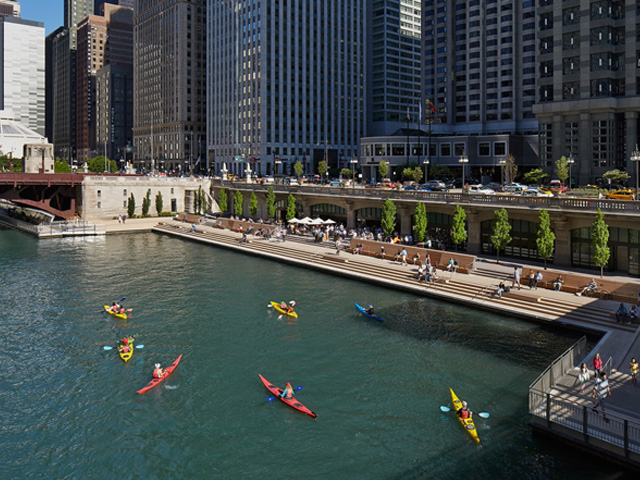 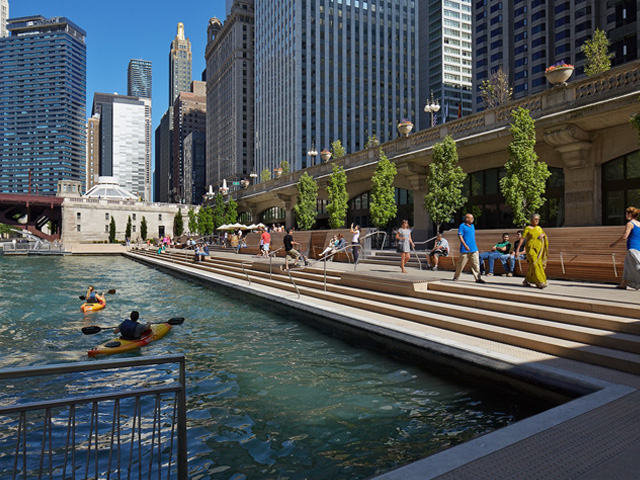 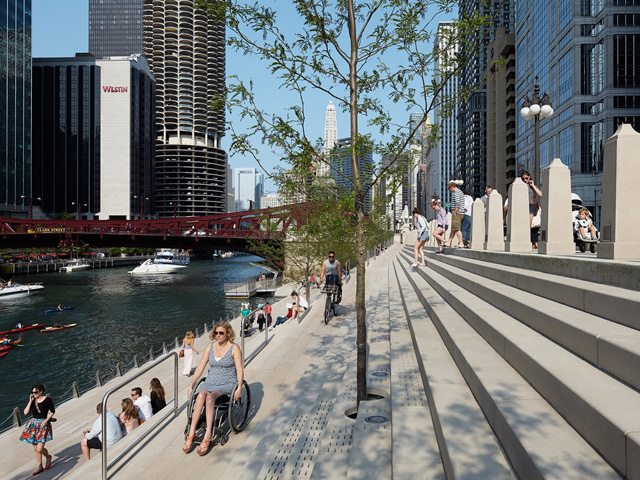 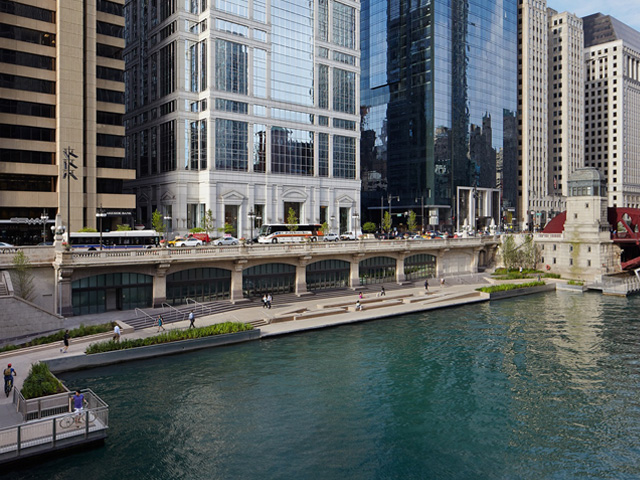 “In Chicago’s formative years, the river was its lifeline, brimming with traffic. Burnham built his 1909 plan on a civic waterway and promenade along the river. We were entrusted with the responsibility to finally complete that vision and transform what had become a postindustrial leftover into a 21st century urban waterfront.”

The third phase and final phase of the expansive development has just recently opened to the public. The 1.5 mile (2.4km) promenade transformed a disused industrial space into a dynamic thoroughfare that includes a plethora of public amenities, including restaurants and cultural activities.

Completed in 2009, Phase 1 of the project saw the formation of Chicago’s Vietnam Veteran’s memorial, Wabash Plaza, and the Bridgehouse Museum Plaza. These structures all meet at river level, connecting with Phase 2 and Phase 3 of the large-scale scheme. Conceived as a series of ‘outdoor rooms’ that interact and unite with the river in a myriad of ways, Phase 2, completed in 2015, and Phase 3 of the project reflect the full scope of the masterplan, which generated different spaces within the river region in order to create unique user experiences.

Joining The Marina, The Cove, and the River Theatre from Phase 2, the final phase of the development incorporates; a water plaza, which includes a sundeck and a children’s fountain; the jetty, an interactive environment for learning about the ecology of the river with a series of piers, floating wetland gardens, and opportunities for fishing; and the boardwalk, a space which features a great lawn for lounging and a sloping bridge set over floating gardens.

Wheelchair accessible pathways lead down to the river, creating continuous access to the adjacent street and providing a foundation for further development in the area. With hope for the future, the Riverwalk has been designed with the possibility for expansion. When the water is clean and swimmable, a public swimming area will be added to the scheme.

“This project capitalises on existing infrastructure, bringing people to the water’s edge and enabling them to walk along the river continuously without needing to move up to the street level to cross to the next block,” said Gina Ford, design principal for Sasaki, the project’s prime consultant. “The end result is an ecologically sensitive design that improves water quality, enhances visitor experiences and serves as a revenue generator for the city.”