The ‘Unlimited Stadium’ in Manila is a pop up arena created by NIKE that offers runners a shoe-shaped running track lined with interactive LED screens that pit runners against themselves. 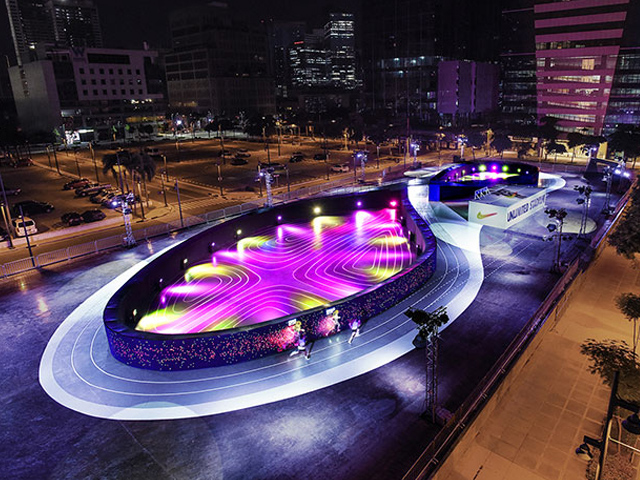 In the centre of Manila, NIKE has constructed a pop-up arena that has been dubbed the ‘world’s first full-size LED running track’. Taking over an entire city block, the layout of Unlimited Stadium is derived from the footprint of NIKE’s LunarEpic running shoe. The 200 meter-track, which takes the form of a figure-eight, is lined with LED screens where up to 30 runners can take part in a virtual race against themselves. 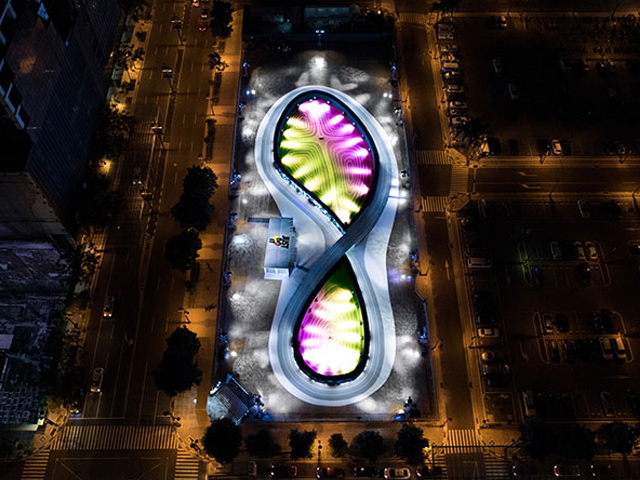 NIKE’s Unlimited Stadium was created by BBH Singapore, who conceptualised the overall project in collaboration with a team of partners. After setting an initial lap time, a sensor is attached to each athlete’s shoe, with their competing avatar running alongside them on the continuous LED screen. The avatars become larger the further and faster they run, encouraging runners to keep pace with their digital selves. 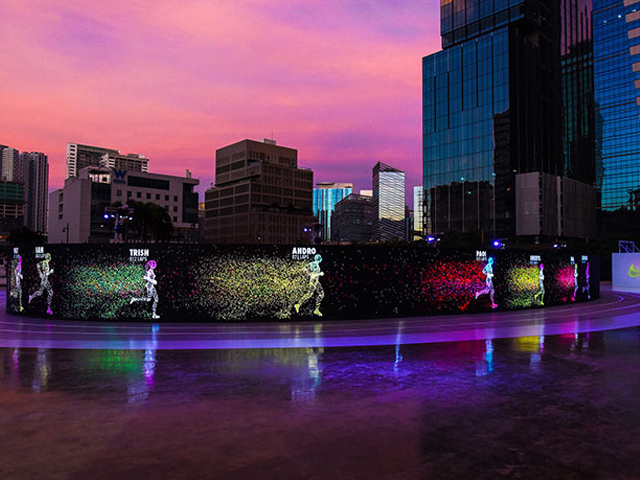 “Hyper accurate RFID (radio-frequency identification) tracks your first lap time,” explains Akane from the production team at Birdman. “On the next lap, your avatar appears, running your previous time. Beat it, and it runs your new best time — challenging you to keep bettering your best.” 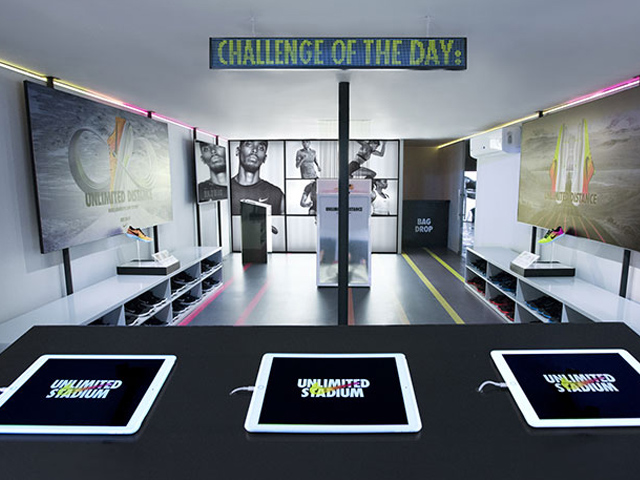