A conceptual design for the world’s tallest vertical park and observation deck is an engineering marvel that will outstrip even the Burj Khalifa in height and offer unparalleled ‘sky’ experiences. 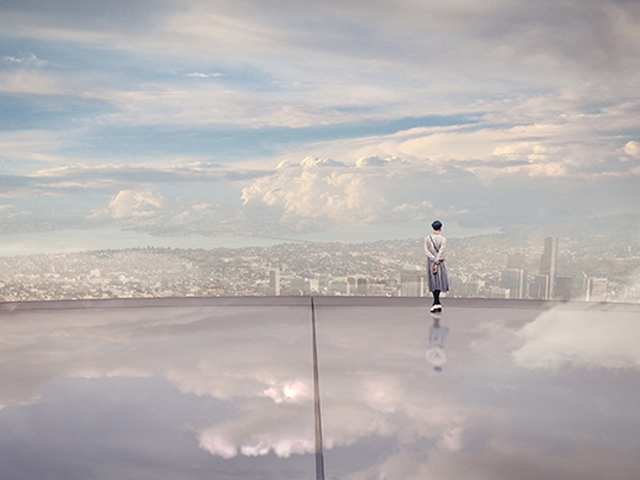 Named ‘The Mile’, the latest conceptual design from Carol Ratti Associati (CRA) is being developed in collaboration engineering firm Schlaich Bergermann & Partner and British design studio Atmos. The proposed mile-high (1609m) tower is a man-made structure topped by an observation deck that will be open to the public. The enormous height of the structure will make it the tallest building on Earth - double the size of the Burj Khalifa. 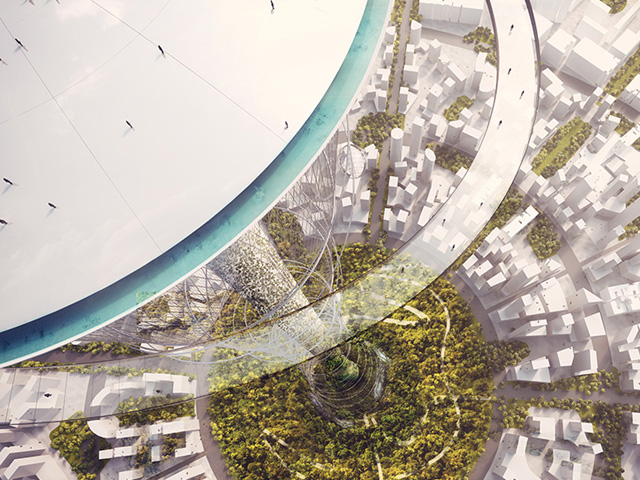 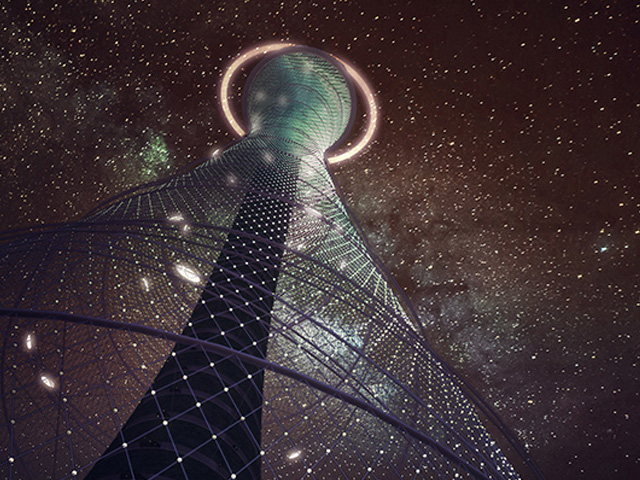 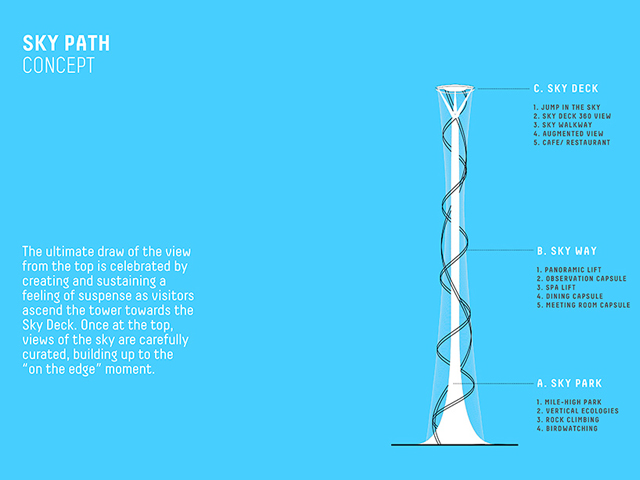 A sky park will also be created; a natural ecosystem that will incorporate a plethora of plants and greenery, as well as various animals.

The ambitious height of The Mile will be achieved through an exceptionally lightweight structure supported by a matrix of pre-stressed cables – which will eventually be covered in greenery. "The structural concept for The Mile is technically feasible because of its consequent and uncompromised lightweight approach," said Schlaich Bergermann Partner associate Boris Reyher.

"The architectural form and the spatial equilibrium of forces become one and the same thing... On the one hand, this leads to an optimised usage of high-grade materials. On the other hand, the structural form and load paths become intuitively comprehensible by every spectator."

If completed, The Mile will offer visitors unimpeded 360 degree vistas and a truly unique viewing experience. Ascension to the top will be achieved via a series of capsules that orbit the 20m shaft of the tower, reaching the viewing deck and disgorging its passengers to enjoy the park and restaurants at the summit. The capsules can also provide a number of other ‘sky’ experiences, serving as meeting rooms and spaces for private dinners, concerts, even pools.

Developed for an unknown client, The Mile was designed to grace a city that attracts a large number of tourists, and potentially generate millions in profit annually. The city has not yet been chosen, but potentials are being considered.