A brighter future for commuters is revealed as London launches its first transparent solar bus shelter. The energy generated by the shelters will be used to power the city’s transport infrastructure. 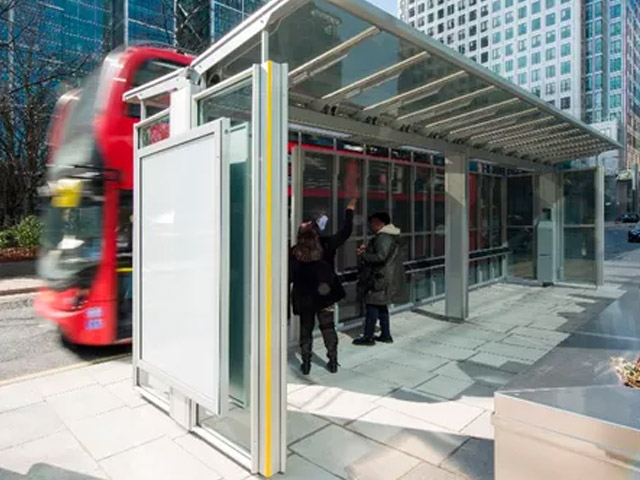 Dark dreary bus shelters could soon be a thing of the past after London's first transparent solar bus shelter was switched on at the Canary Wharf business district on Friday. The shelter is reported capable of producing enough electricity for a standard London home for a year and will be used to power signage and other transport infrastructure around the Canary Wharf estate. 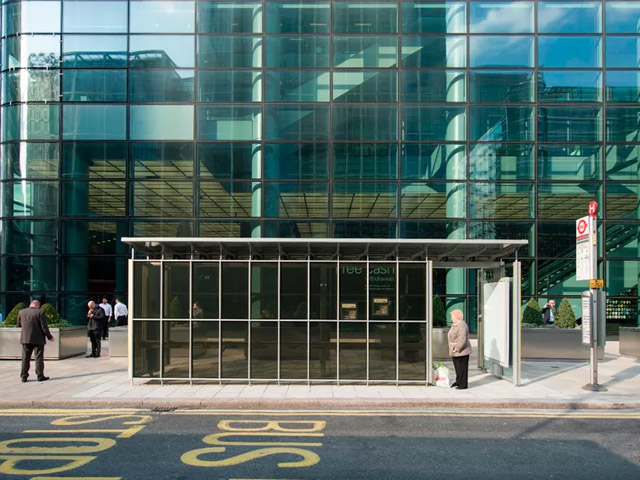 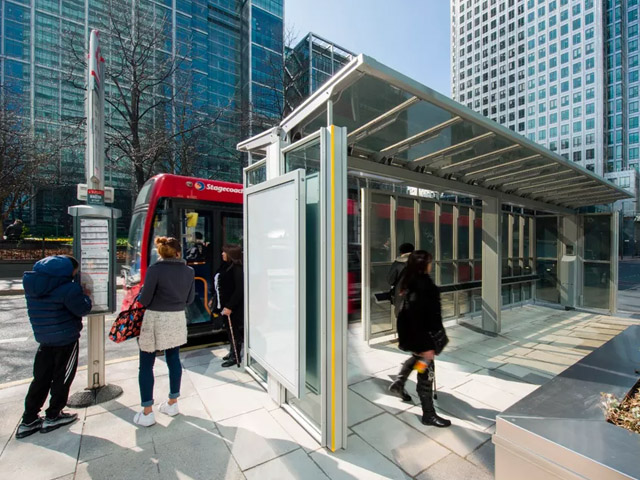 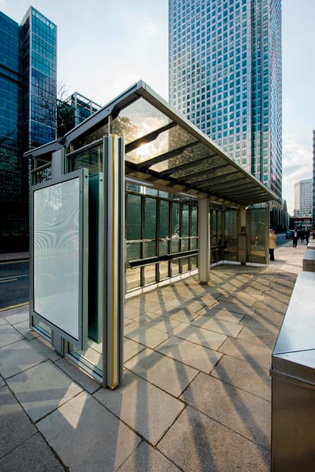 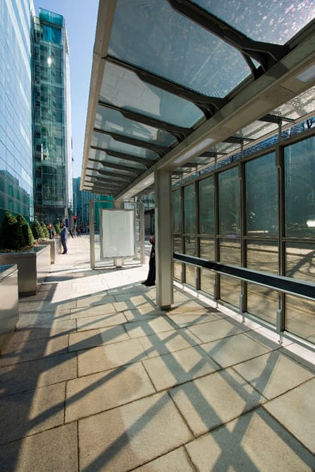 London is no stranger to solar-powered bus shelters, having installed solar-powered E-ink displays last year. Transparent solar panels are also something we've seen before, but early prototypes only offered around 1 percent conversion efficiency. UK solar technology company Polysolar has developed a new solar-photovoltaic technology with a whopping 6-12 percent conversion efficiency, dependent on the film's level of transparency. This new design allows for a transparent shelter that operates in low and ambient light.

A thin solar-paneling film is laminated onto glass, and small quantities of powdered silicon are used to create a conductive surface. This creates a transparent solar surface that processes light from both sides of the glass and at non-optimal angles. The material is priced at £250 (US$350) per square meter, Polysolar states its cost will be "similar to conventional building materials."

The bus shelter is expected to generate 2000 kWh of electricity per year, which Polysolar says would be just enough to power a standard London home. Polysolar aims to implement this technology across London, with the goal of lowering the city's carbon emissions.

The Canary Wharf Group (CWG), the British property company that operates the Canary Wharf business district, commissioned Polysolar to develop the bus shelter and aims to extend use of Polysolar's solar-photovoltaic technology in its high-rise developments.

"We are hopeful that this technology will have the potential to significantly reduce the carbon impact of our future developments," said Sir George Iacobescu, Chief Executive Officer of CWG.

Polysolar was the winner of CWG's Cognicity smart technology challenge in 2015, taking out the Sustainable Buildings category with the prize including a permit to pilot its new technology in the estate. The company worked on the design of the shelter with street furniture supplier Marshalls.

The opening was officiated by London's Green Party Mayoral candidate Sian Berry, whose party recently called for solar paneling to be installed on the massive 5700 acres of transport infrastructure across the city.

"Using our solar PV glazing across London's transport sector, in things like bus shelters, EV charging canopies, walkways and bike parks, could have a significant impact on the city's emissions, without compromising its environment, architecture or budgets," said Polysolar's CEO Hamish Watson.