In 2017, Cyclone Debbie devastated the site of ITV Studios Australia in QLD, significantly hindering upcoming film projects. Total Environmental Concepts was engaged to repair the damage and get the studio back up and filming. Take a look at the results. 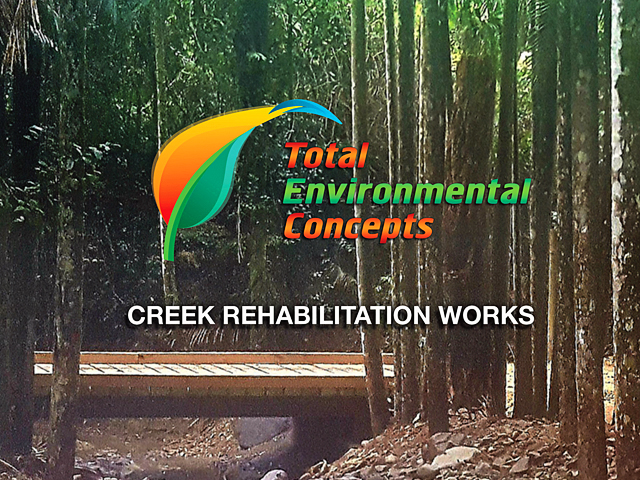 Formerly known as Granada TV Productions, ITV Studios Australia is the Australian arm of the UK TV company ITV studios. The studio has produced a variety of Australian TV shows including Dancing with the Stars, Australia’s Next Top Model, Talkin’ ‘Bout Your Generation and The Voice Australia.

In March 2017, Cyclone Debbie swept through the Studios’ site, greatly impacting the surrounding landscape and hindering future filming. With a limited timeframe before the filming of an upcoming show commenced, Australian environmental and landscaping service Total Environmental Concepts (TEC), in conjunction with Riparian Management Services, was engaged to repair the damage on two creek areas across four stages.

Up the creek from the bridge at the area required the removal of approx. 2000 tonnes of river rock with 20 tonnes of imported rock groins to be placed, which will redirect the water. This stage also included the placement of logs in the creek bank, and the removal and construction of a new bridge. 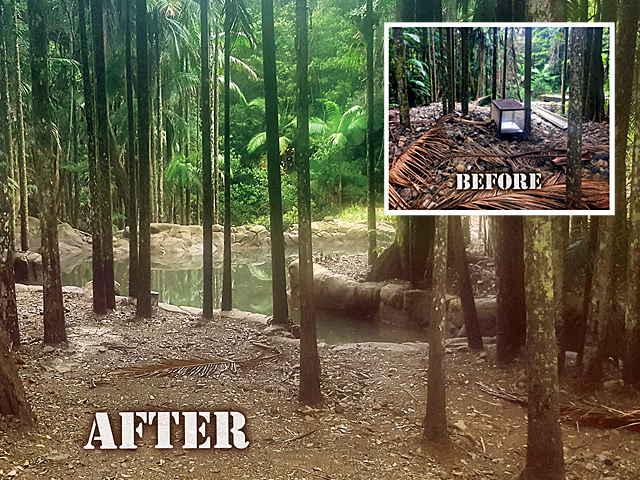 Trials Lake is a concrete lined pool that was constructed in the bed of Dungay Creek in the early 2000s as part of the set used for filming. The flooding caused by Cyclone Debbie moved significant quantities of bed material into the pool. Erosion downstream of the pool crest wall also developed since floods from 2013. 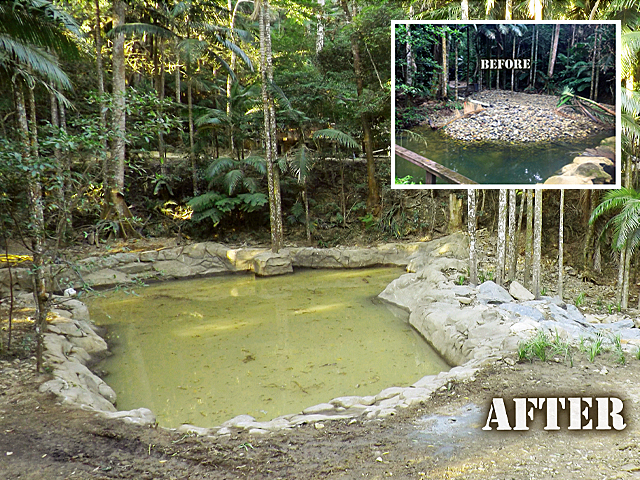 TEC was engaged to stop the erosion of the righthand bank downstream of the Trials Lake Crest wall. The team needed to create a constructed cascade to convey water from the Trials Lake to the natural channel downstream and, in doing so, repair the current erosion that undercut the right-hand crest wall of the lake.

The bank revetment was done using graded quarry rock with a geofabric underlay. The bank was shaped as required to position the geofabric. The upper bank batter was immediately revegetated in order to get cover on the erosion-prone surface. 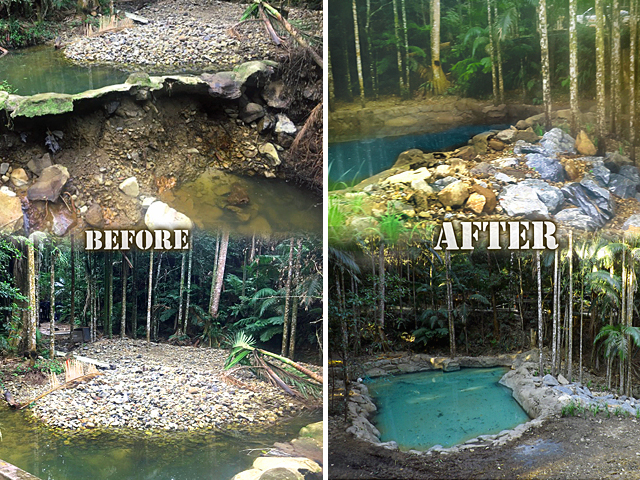 The first order stream needed to be positioned into its former channel in order to protect the film set structure and nearby road, and allow for the rehabilitation of a newly formed gully system.

The revetment work was constructed by TEC using graded quarry rock with a geofabric underlay. The rock was carefully placed with existing large boulder worked into the structure.

The log wall consists of two tree trunks placed one on top of the other.

The creek had broken out of its natural course and severely eroded the outer creek surrounds. The work detail was for the use of rocks to protect the embankment and build a log wall to redirect the creek to erode in natural course.

TEC’s plan required logs to be recessed into a shallow trench with logs driven into creek beds on both sides and then bolted together under tension, allowing the deflection of water back into the centre of the creek. 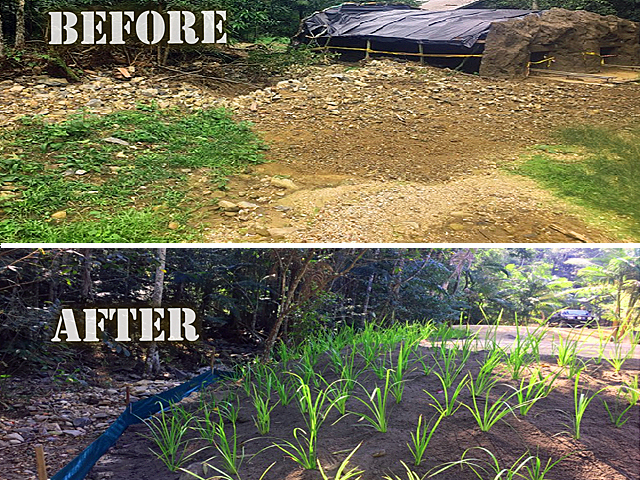 Contact Total Environmental Concepts via the links below to find out more about this project and discover how it can help you with your revegetation project.

Rejuvenation in the Wake of Destruction
Universal Magazines