Thanks to sustainable foundations at the site of the first ever “green games”, Sydney Olympic Park has managed to achieve a 6-Star Green Star Communities rating, and it’s still growing. 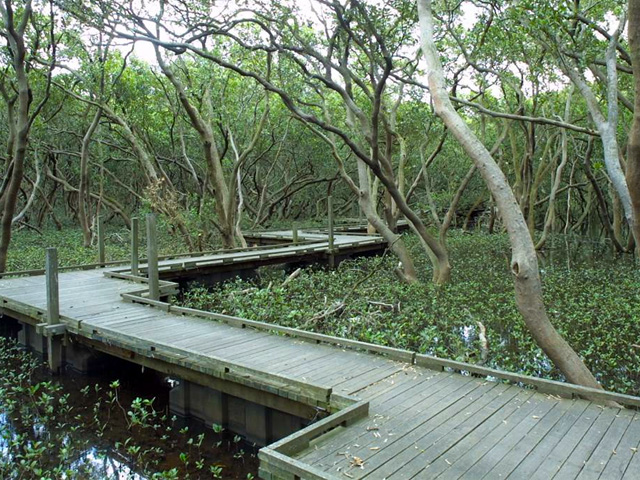 It is best known for high-profile sporting events and concerts but the vision for Sydney Olympic Park’s future is to turn the site into a thriving town centre and residential community.

The plan, according to Sydney Olympic Park Authority’s director environment and planning Sally Hamilton, is to build 10,400 new dwellings within the park for 23,500 residents, and create 34,000 new jobs.

Speaking to The Fifth Estate, Hamilton said that the Sydney Olympics set out to be the first “green games”, and the site was constructed to a set of sustainability guidelines that still exist today.

At the time, the project was recognised as one of the first examples of developers building sustainably without sacrificing a financial gain.

LARGE-SCALE WATER RECYCLING
A core component of the green games plan was Australia’s first large-scale urban water treatment scheme, known as WRAMS, which recycles water from sewage and stormwater to supply irrigation, fountains and toilet flushing across Sydney Olympic Park and the neighbouring suburb of Newington.

Although it is 20 years old, Hamilton says it’s stood the test of time aside from routine maintenance, with the original sewerage treatment plant still in use. “It’s still working at optimal levels, it’s really reliable.”

The system recycles 850 mega litres a year and has managed to reduce potable water use by a whopping 80 per cent. It also reduces the load on downstream sewerage plants.

Hamilton says systems like this have lost recognition over the years but the recent drought proved that large-scale water recycling plants are a worthwhile investment.

“We were able to access water when others couldn’t … we were still able to irrigate. That’s really future-proofed the system.”

Hamilton says the longevity of the system is a product of consulting Australia’s best water professionals at that time.

“They worked really hard to work through all the issues and all of the risks.”

CARBON ZERO BY 2030
Part of Green Star Communities is committing to carbon zero by 2030. There’s the “Towers of Power” along Olympic Boulevard (a series of 30-metre-tall pylons that unite many functions on a very small footprint) and solar power on the Newington development where the staff and athletes used to live.

The plan is to increase onsite solar, including on the water treatment plant and carparks. Hamilton says they will also look at battery storage and a power purchase agreement to cover the massive energy spikes during events.

There’s a design excellence policy that requires all new builds to have a Green Star rating, depending on which site and what type of development.

URBAN HEAT A MAJOR CONCERN
To combat urban heat island effects, which are recognised as a key risk for the site — previously home to a landfill, an abattoir and a chemical manufacturing facility — there is a comprehensive urban greening policy.

GREENSPACE AND ACTIVE TRANSPORT
Residents and visitors also have access to 35 kilometres of bike lanes and pedestrian routes, as well as 430 hectares of open space, recreation areas, wetlands and waterways to explore.

About 2.7 million people visit the parklands every year.

Sydney Olympic Park Has Still Got It
Universal Magazines