MAY YOU LIVE IN VERTICAL TIMES


With urban density rates on the rise, vertical living seems to be the most obvious answer – as demonstrated by this design concept for a vertical entertainment tower in New York’s Times Square. 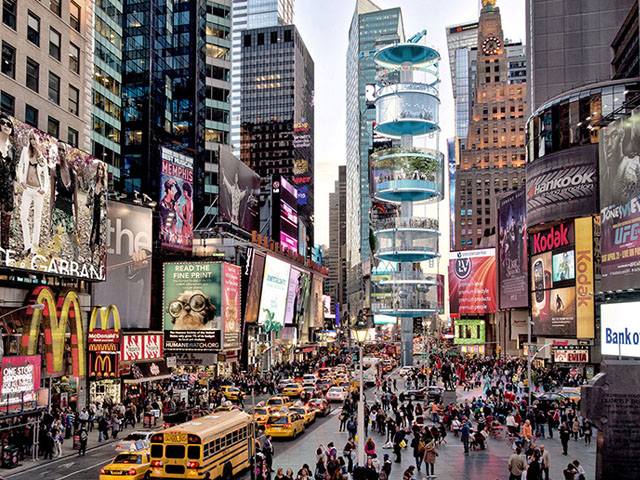 The challenge of urban planning in environments where rapid densification is an issue is not a new subject. A range of options for creating optimal living and working conditions within the urban environment have been explored by architects for decades; some successfully, others not so much. The latest offering from Shanghai-based firm 100architects offers a vertical solution that provides options for urban recreation. 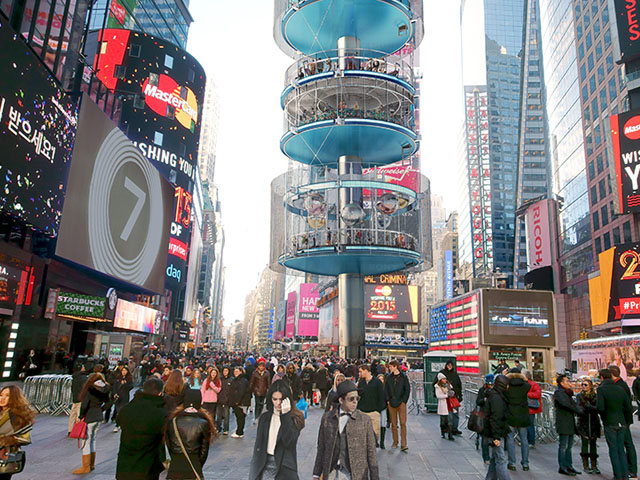 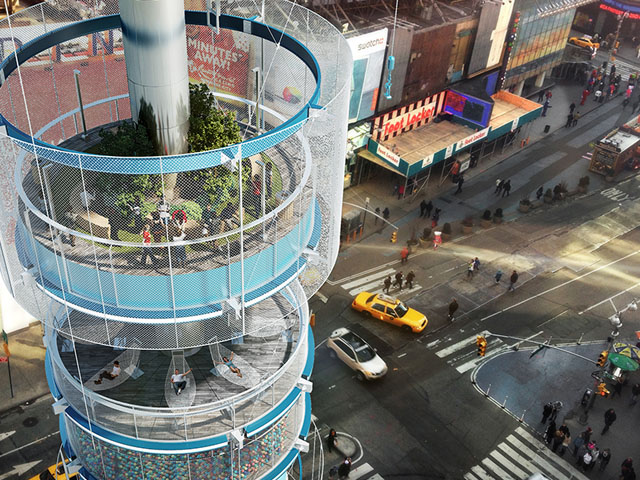 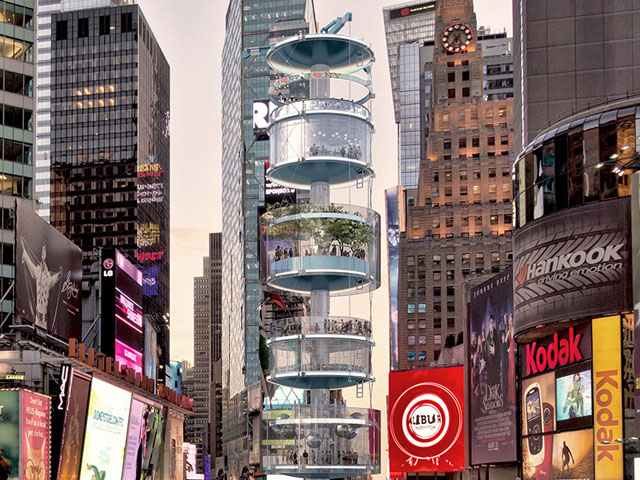 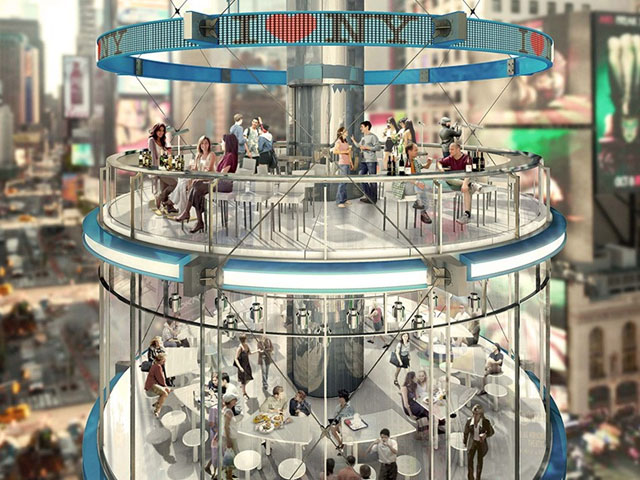 Vertical Times as it is known, presumably due to its depiction in New York’s Times Square, is 100architects’ conceptual design for a vertical tower that proposes recreation space in a modern city, from the ground up. And while vertical living is nothing new in an urban environment, what is unique about 100 architects’ concept is that it is specifically design for public recreation and commercial possibilities, not residential or working spaces.

Comprised of six pods, the multi-layered structure rises vertically to a height of 55m, providing a huge amount of vertical space in which to spread out, while only taking up a small amount of square footage at ground level. Such a proposal provides huge advantages for urbanites, without compromising their landscape.

Working from ground level, the first two pods are earmarked for children’s activities, such as a ball pit or playground. Above this are a hammock plaza [though I’m not sure why you’d need/want one in the city] and a sky garden in the third and fourth pods. The remaining two pods will contain a restaurant and a sky bar at the top, to make the most of the view and provide commercial viability for the tower.

The six defined areas of Vertical Times offer something for everyone and only occupies 113m2 of horizontal space. The single column at the centre of the structure ensures minimal disturbance at ground level and offers a unique profile for the city in which it is placed – helping to define it as a recreation space rather than as just one more of the ubiquitous skyscrapers found in an urban environment.

May You Live in Vertical Times
Universal Magazines