In 2016 Evolve Environmental Solutions took on the Gainsborough Greens Wetlands project, producing stunning stormwater management results in what was their biggest commercial job to date. 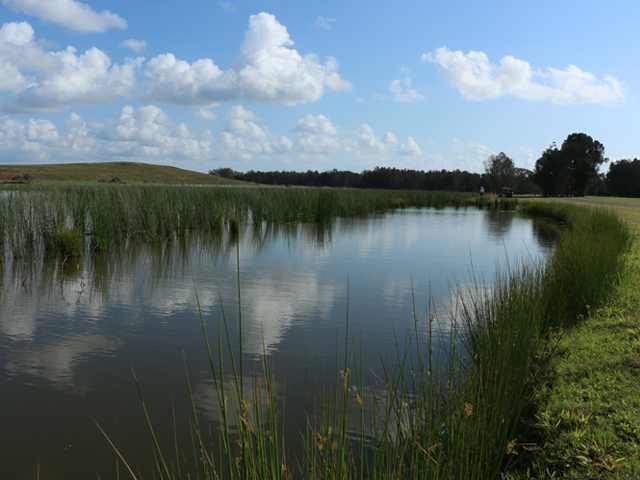 In January 2016 Evolve Environmental Solutions was awarded their largest ever project at Gainsborough Greens Pimpama. The sheer size of the Precinct 4 Wetlands posed logistical challenges that meant the Evolve team were often faced with problems they had previously only encountered on a much smaller scale. Initially, the greatest challenge was providing water to the newly planted areas. However, after a storm event in early March, (when over 90mm of rain fell in little over one hour) the challenge turned to lowering water levels so that submerged plants didn’t drown.

Evolve has been contracted to perform environmental work for Mirvac at Gainsborough Greens since their founding year in 2012. It was a great privilege for Evolve to be awarded a project the size of the Gainsborough wetlands project, cementing Mirvac’s faith that they could deliver on time and on budget. 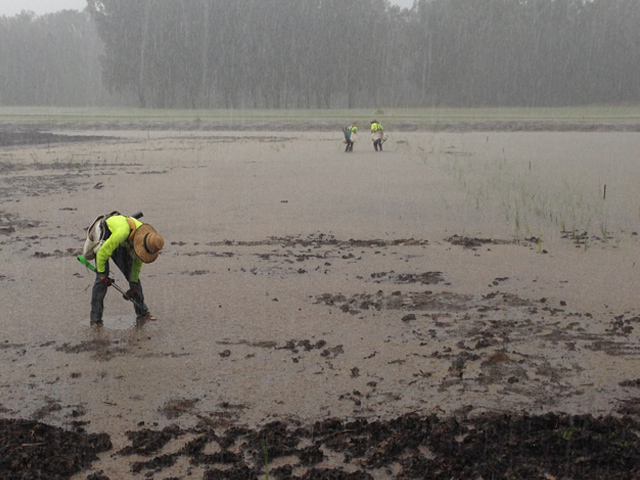 Over 300,000 wetland grasses and 60,000 trees and shrubs were planted on the 10-hectare site from February through to May 2016. Planting occurred at the rate of 10,000 per day during peak periods, often during rain events, to ensure completion on time. The need to continually move water throughout the site, to manage planting depths as the grasses established, was achieved with the co-operation of Golding Civil Contractors. The Golding crew worked with Evolve to ensure water was easily transferred throughout the site, even as their machines continued to move 500,000m³ of soil to create the area. 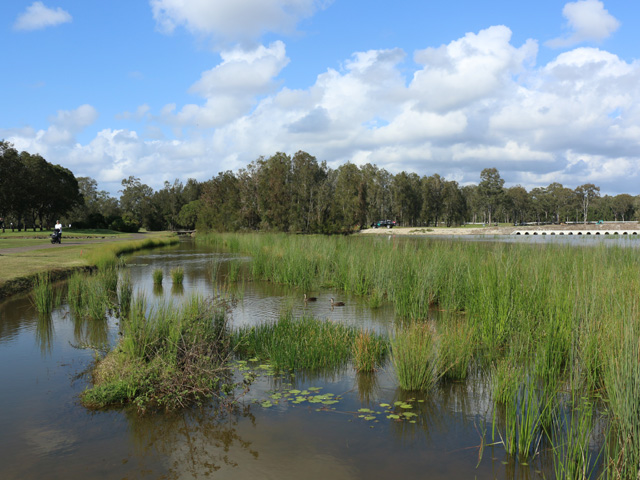 The Gainsborough Greens Precinct 4 Wetlands was designed by wetland design specialists, Designflow in conjunction with landscape architects Vee Design. The wetlands’ primary purpose is to treat stormwater for the 2500 lot estate, collecting silt and nutrients, rather than untreated stormwater draining to the local creek system and beyond to the ocean at Jacob’s Well. Stormwater runoff generated from the Gainsborough Greens Golf Course also flows into the wetlands. In addition, the wetlands support a large man-made bird/wildlife habitat. A local bird watcher recorded 21 different bird species onsite over a two hour period in June. Currently, the wetlands are home to a pair of black swans and four cygnets. 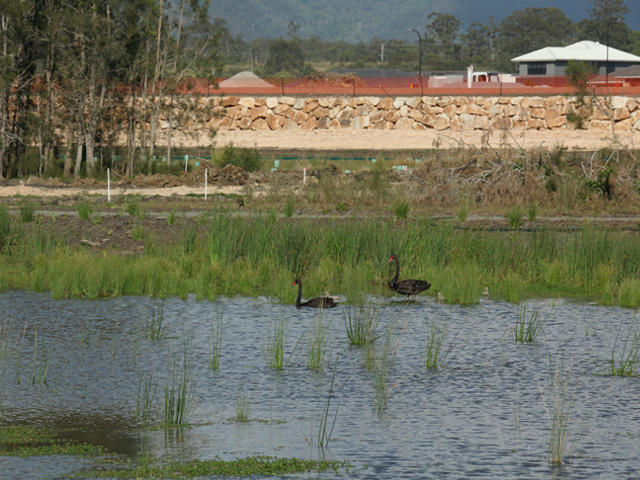 In August, John White,  Director of Evolve Environmental Solutions led members of the local community through the new park located off Swan Rd to the wetlands, discussing the environmental benefits of stormwater management and the construction and purpose of these wetlands at Gainsborough Greens. Evolve Environmental Solutions is proud to be a part of this major development on the Gold Coast and look forward to maintaining the site for the next two years.

To view the full scope of services offered by revegetation and land rehabilitation specialists Evolve Environmental Solutions, visit their website below. 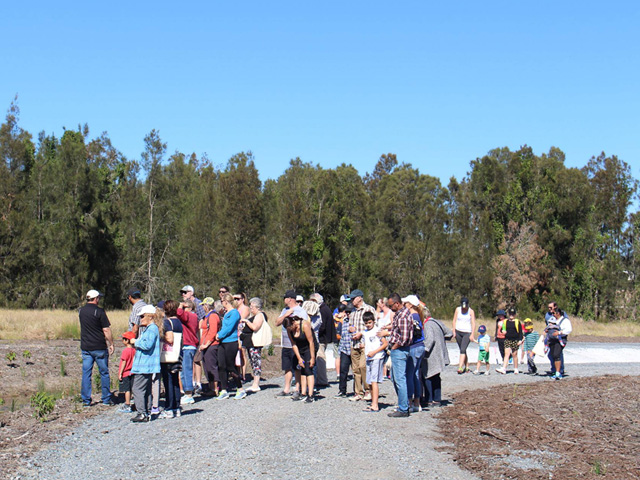