An exhibition of a series of provisional pavilions, constructed in a former school in Kyoto, Japan, was conceived by a group of architects as an opportunity to rethink the approach of forbidden topics in Japanese public spaces. 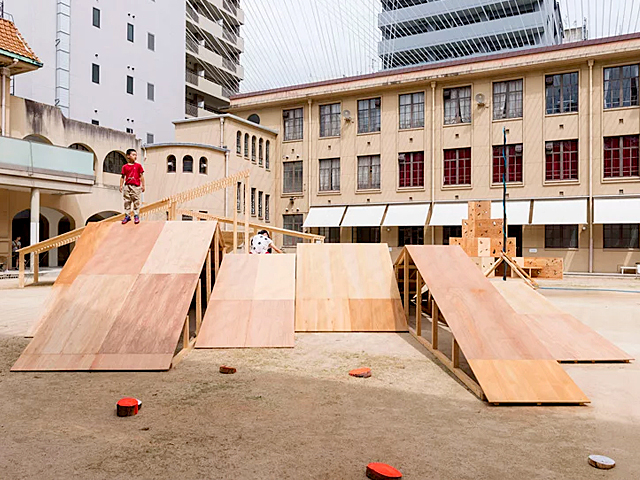 A group of six architects from Germany, France and Japan have designed and built Kagerou village in the playground of a former school in Kyoto, which is now being used as an art centre. The group includes Tato Architects/Yo Shimada, Dot Architects, Sébastien Martinez Barat and Benjamin Lafore, Ludwig Heimbach, and Sven Pfeiffer, who together developed the extemporaneous exhibition.

Before building the Kagerou Village, kagerou meaning mirage, the architects met to discuss the potentials of the site at a public symposium supervised by architectural historian, Taro Igarashi. One of the main discussions of the first symposium was on the topic of prohibited matters in Japanese public spaces, with the hope of the village to become an opportunity to rethink the approach to public space. “In this village that appeared and disappeared like a mirage, the thoughts were not ‘do not do,” explained the architects, “instead it became ‘what if we do?’” 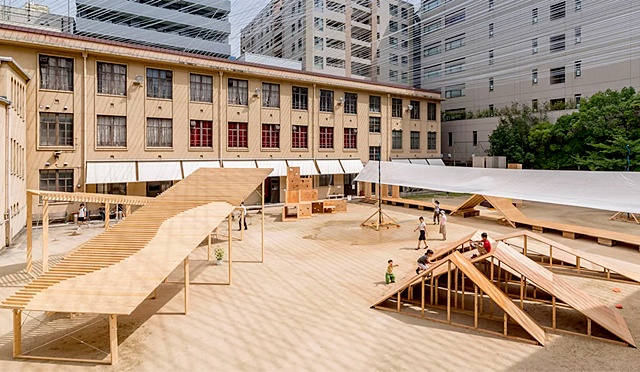 The pavilions were built over a five-day period, where Dot Architects acted as the main supervisor of the construction. The studio developed a series of slides with different gradients to encourage play and pique children’s curiosity, referencing the successions of traditional roofs on the local Kyoto townhouses kyomachiya. They also built a sprinkler tower that sprays mist to create a cool breeze. Hiroshi Kato creatively took advantage of the site, connecting the sky and ground by weaving several vinyl tapes across the open sky, allowing them to cast striated marks on the ground where he designed benches made of logs and weeds from the schoolyard. The project and natural effects appeal to the visual and auditory senses, and relate to the local context the surrounding area with its long-established local textile wholesalers. 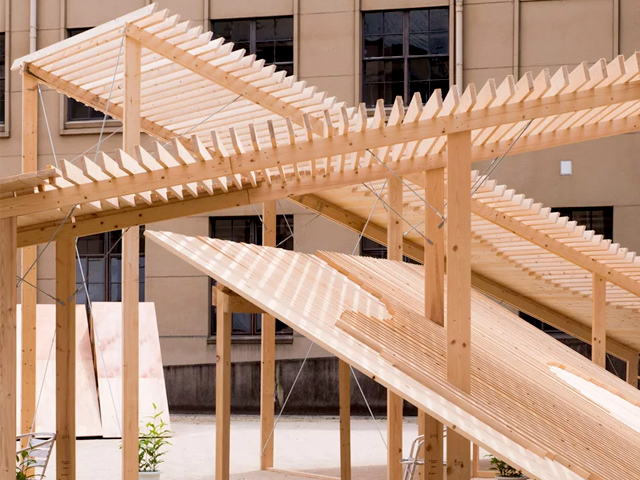 The welcoming folly, by Benjamin Lafore and Sébastien Martinez Barat, welcomes and guides the visitors with its layered patterns of stripes and curves, created by linear louvres interlocking at 90-degree-angles with curved planes and shadows. The louvres create patterns varying in size and gradient that engineer the whole structure, resulting in a space that creates an intimate room with complex, shadow-like fabric layers. 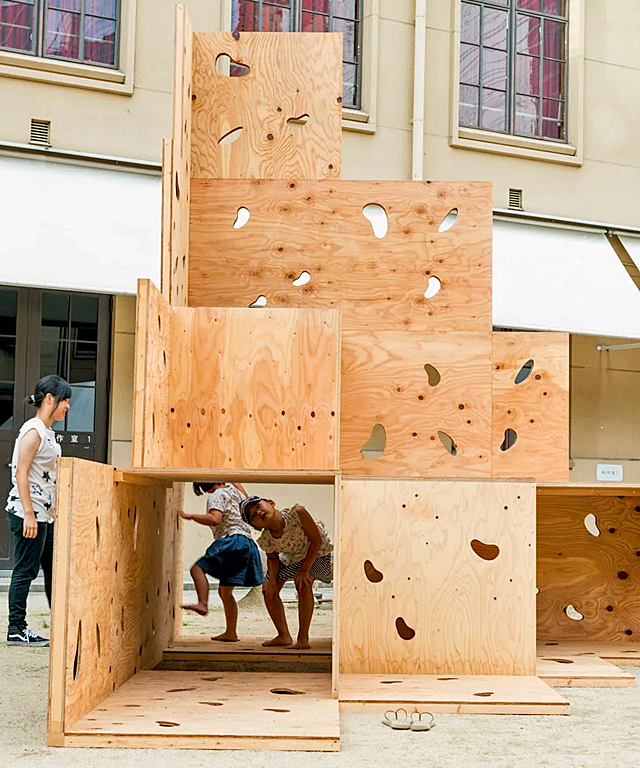 Paying attention to the entrances of the two old school buildings facing each other, Yo Shimada of Tato Architects chose to connect the two entrances with a long corridor-like space, by stretching out a 6mx30m piece of agricultural fabric across the courtyard. Beneath the fabric roof, a wooden deck invites play, where kids can run back and forth, climb the raised path, touch the fabric and slide down on the other side. The corridor resembles an engawa, the veranda of a Japanese shrine, and invites visitors to take a nap, socialise or play. 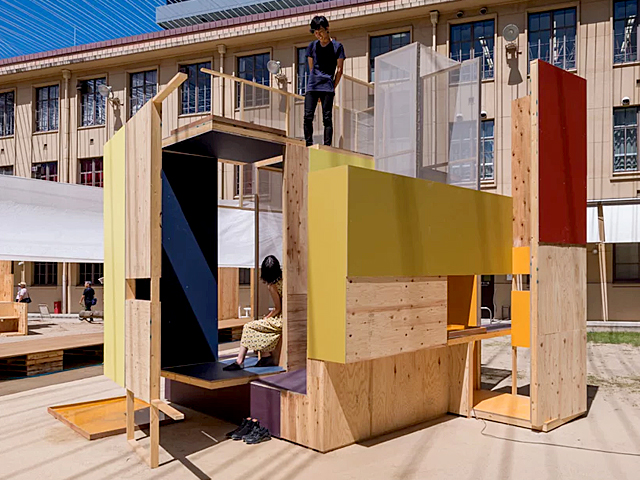 In the far corner of the schoolyard, Ludwig Heimbach joined a series of frames clad in plywood and fabric, creating a complex cabin structure where he intended for visitors, lovers in particular, to engage in secret conversations, partly sheltered from playful kids. The structure also functions as a drinking fountain for birds. In this way, the pavilion suggests that public space should include various private areas and possibilities. 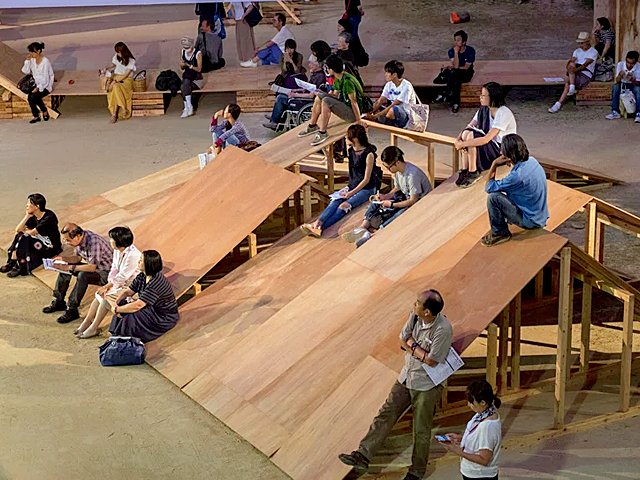 ‘Dangerous Playground by Sven Pfeiffer comprises a plywood structure with drilled holes that resembles an inverted bouldering pavilion. On the final day when this porous hideout was disassembled and stacked into a pile, it became a dangerous place to play. As the name of Pfeiffer’s work dangerous playground suggests, the intention of Sven, Shimada and Dot Architects’ works was to arouse youth and vigour by providing “the potential playground danger” that Japanese public spaces generally exclude. The Kagerou Village became a place that children and adults alike could enjoy, despite the ‘dangers’, allowing them to subjectively raise questions as, “if various things are doable, why not?”. 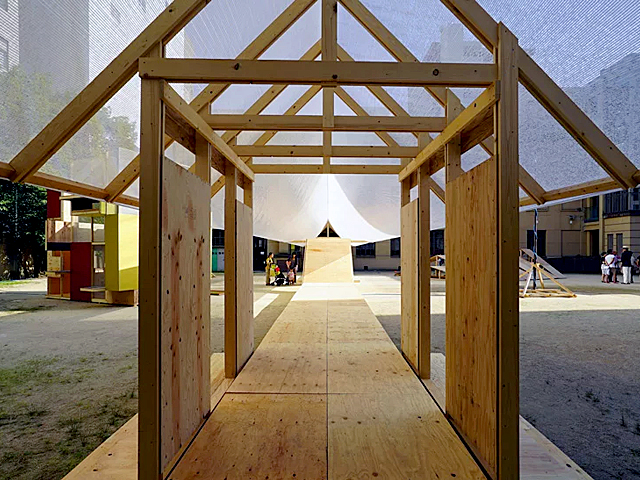 Via designboom | Images by Omote Nobutada and Tato Architects 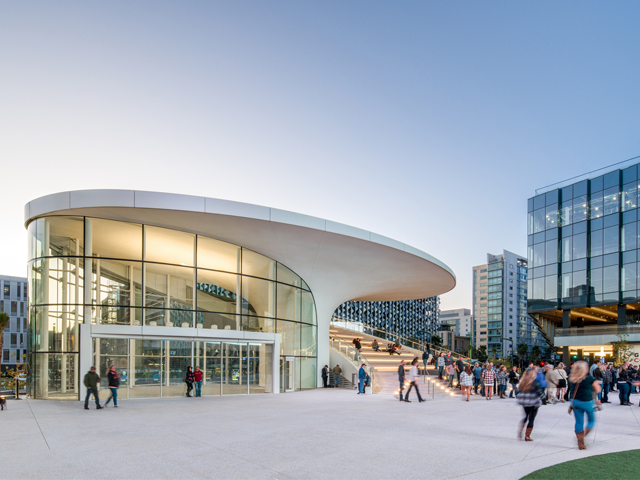 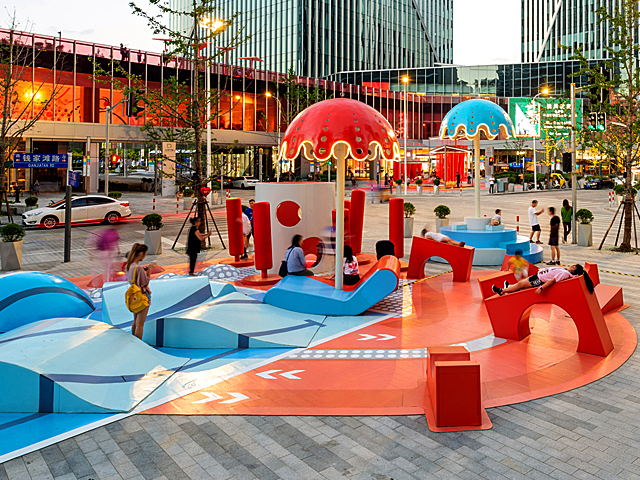 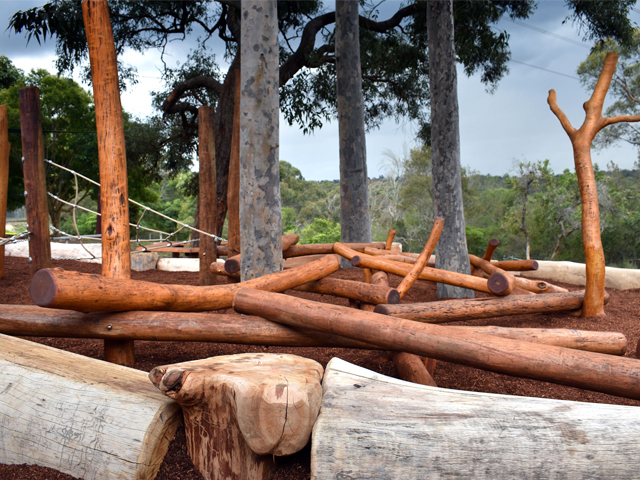 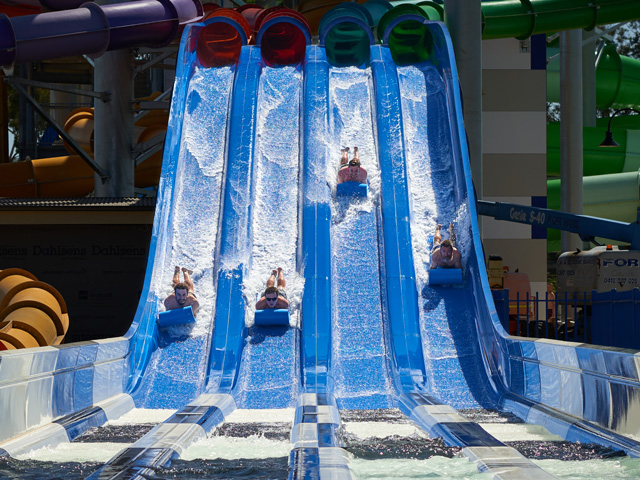 TIME TO MAKE A SPLASH 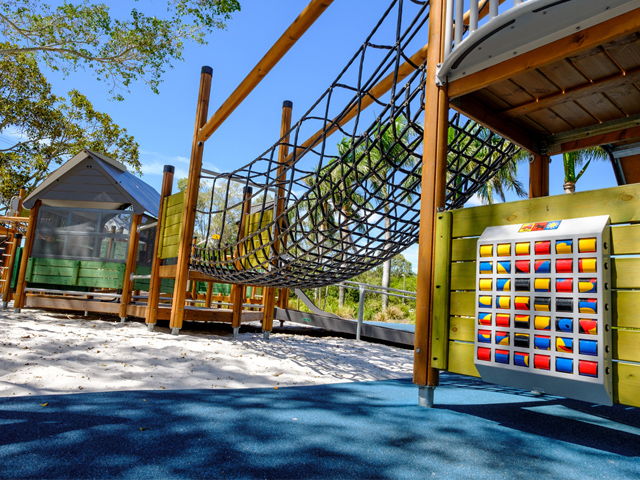 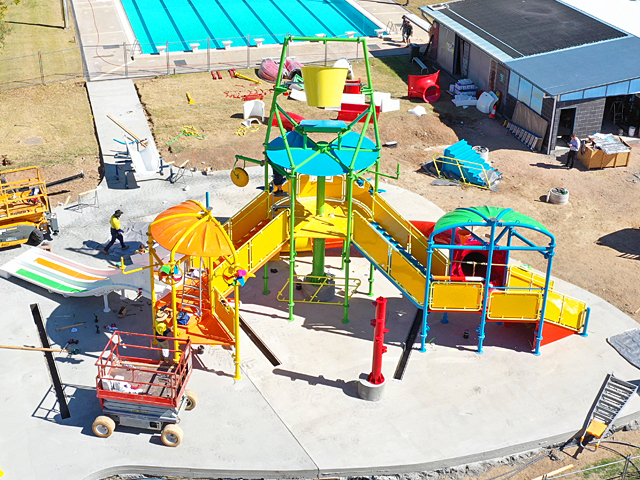