A new cycle connection will link the city centre to the eastern suburbs in Sydney as part of ongoing road improvements that also include wider footpaths, safer crossings and better street lighting in public access areas. 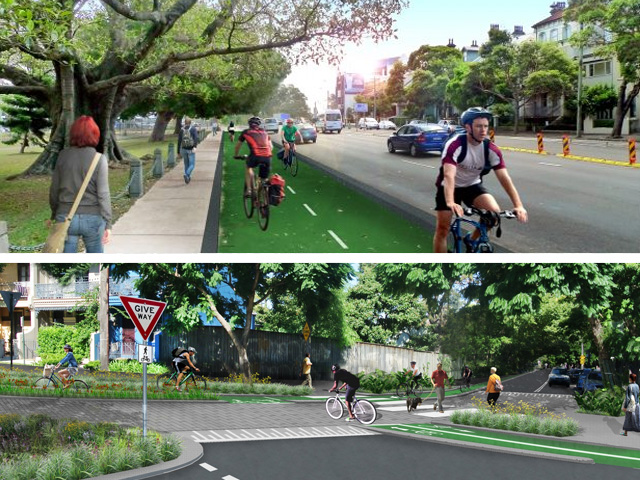 Riding a bike to the city centre from the eastern suburbs will soon be easier and safer with plans for a separated cycleway along Moore Park Road in Paddington. The NSW Government funded project, in partnership with the City of Sydney, will provide a two-way separated cycleway linking the Centennial Park (Oxford Street) cycleway with Surry Hills.

“It’s only a 20-minute ride between Bondi Junction and the inner city and this new bike link will make that trip easier and safer,” Lord Mayor Clover Moore said.

“A city that moves more freely is a city that works better for everyone. Creating infrastructure that encourages more people to walk or ride helps free up space on our crowded public transport and roads while promoting good health outcomes.

The City worked closely with the Sydney Cricket Ground Trust and Centennial Parklands on the project, which proposes bike detours during busy event times to provide more walking space for sports and concert crowds.

“The Moore Park Road link will make it easier and safer for people riding and walking to and from the SCG and Allianz Stadium,” said Jamie Barkley, CEO of the SCG Trust.

The proposed Bondi to city centre walking and cycling improvements include:

People can view the designs at sydneyyoursay.com.au/sydneycycleways and provide feedback before 12 May 2017