COLLABORATIVE PLAYGROUND A SUCCESS FOR BELLYETT


In partnership with the City of Burnside, adventure+ has created the Bellyett Reserve playspace, a fun adventure spot that promotes imaginative play and connects users to nature. 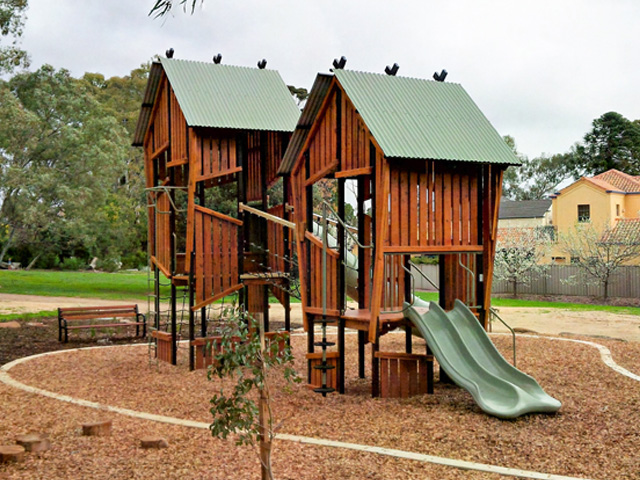 The unique rustic fort playground design utilises the spectrum+ hybrid system, which enables greater flexibility in customisation through the use of a combination of steel and timber. The use of timber in this project was key to creating the desired rustic, natural look the client required and ensuring the playground blended in with the surrounding environment. 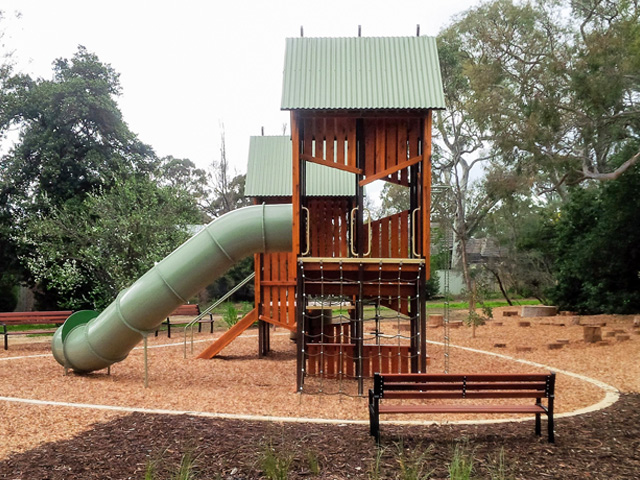 Claire expressed her desired project outcomes in an interview with adventure+, stating, “The project needs to be site sensitive and highlight the existing natural play elements already existing within the reserve, but I also want to provide some structured play that complements this. The idea behind the design is to create a series of interconnecting rooms that can be used in whatever way the imagination is inspired to use them. With some strategic pruning, the existing vegetation can be shaped into a series of ‘rooms’ and the play structure should be designed to be an extension of this space. Emphasis needs to be given to providing a harmonious link between the natural and the structural through the use of timber and organic mulch, with log steppers linking the two areas. The playground should be designed to not only promote imagination play but also to inspire investigation of surrounding spaces and encourage a connection to the environment.” 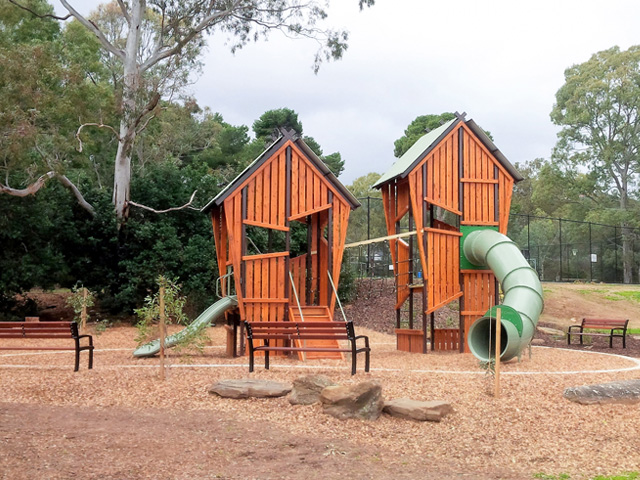 The partnership between adventure+ and Clair Bottrall successfully delivered on these objectives for the City of Burnside.

When asked about working with adventure+ on the project, Claire said, “I knew that they not only sold off-the-shelf items of play equipment but also had a lot of experience and success in custom design. Because the idea I had in my head of creating a series of cubby houses both in the natural landscape and in built form was something different I approached them to help me with the design. They took my pen sketches on yellow trace and made them into a working piece of equipment compliant with the Australian Standard.” 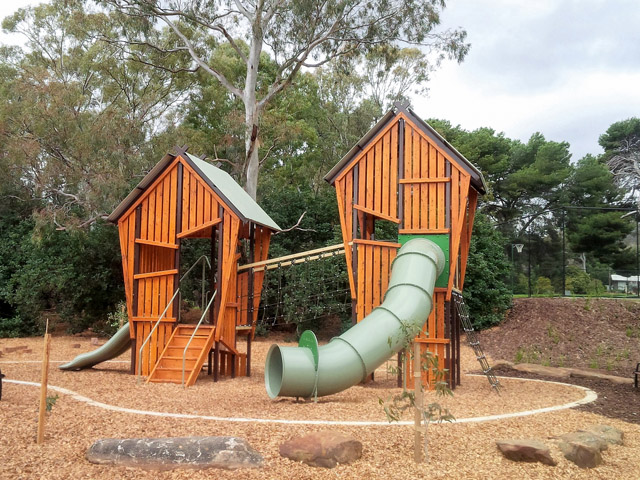