After 10 years of dedicated development, the Jardins de la Rambla de Sants, an elevated park in Barcelona that boasts over 85,0000 plants and a host of public amenities, is finally open to the public. 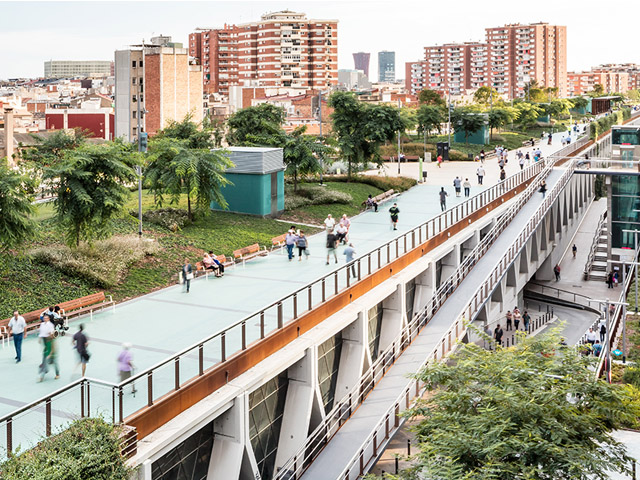 Jardins de la Rambla de Sants is an elevated 20,000sqm park that opened in  Barcelona early in 2016. Unlike other elevated park projects, this park sits ‘over’ the rail-line, confining the existing tracks inside a lightweight, transparent box for long stretches. The roof of the structure was then turned into an 800m-long landscaped streetscape that gave rise to a 5km-long “green corridor” as it extends into neighbouring communities. 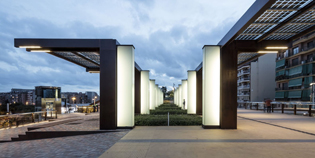 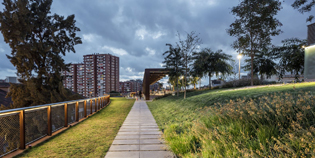 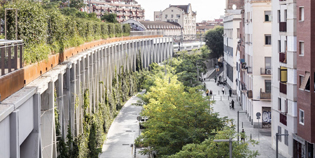 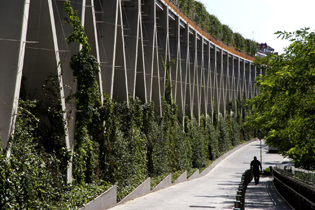 The main structure is held up by a prefab concrete laid in a manner that creates large empty triangles to allow a view of the trains passing through – reducing its acoustic impact. Three large green inclines were built, rising from the lowest levels up to the roof, to anchor the building into the setting and allow vegetation to spill down to street level and support pedestrian ramps that provide a ‘natural’ access to the roof.

The building’s roof dominates the surrounding streets at heights of between 4 and 12m, thereby turning the gardens into a vantage point over the city. Boasting 160 trees and 85,000 plants and shrubs, the park is organised into different gardens. Visitors enter the park at Plaza de Sants. The promenade, which measures a total of 760m, has been designed by architects Sergi Godia and Ana Molino and hosts a range of different public amenities.

In the year 2002 the city’s administration decided to start up an urban renewal project for the Sants railway corridor. After a decade of development, the final result is a park structured along two linear routes. The North side of the park is afforded a great deal of shade through the plentiful planting of trees, while the South side of the park is in perpetual sunlight. The space between is configured as the backbone of the gardens, with a high density of trees and rich plantings at ground level in order provide a sense of immersion in a natural landscape, removed from the city. 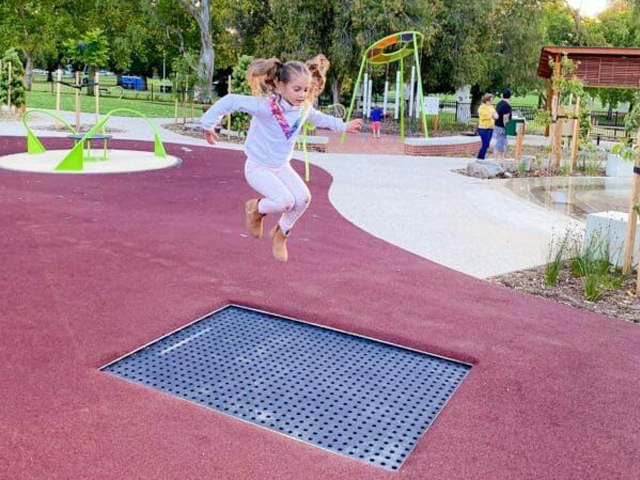 GET READY TO JUMP FOR JOY WITH PLAY WORKSHOP