URBNSURF, the brainchild behind a revolutionary artificial wave pool technology, is coming to Perth, creating a 22-hectare surf and recreation park complete with water sports, skate course and more. 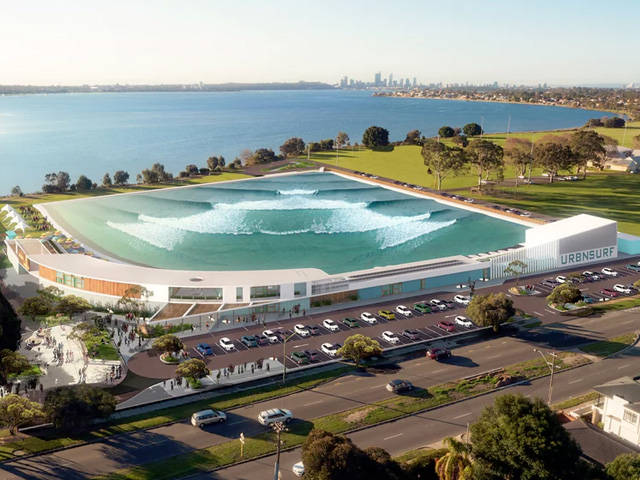 There are a number of places you might choose if you want to go surfing in Perth, Australia, but Alfred Cove, on the Swan River, probably isn't one of them. It might be soon, though, courtesy of plans for an artificial surfing lagoon aimed at improving the options for catching waves around the city. 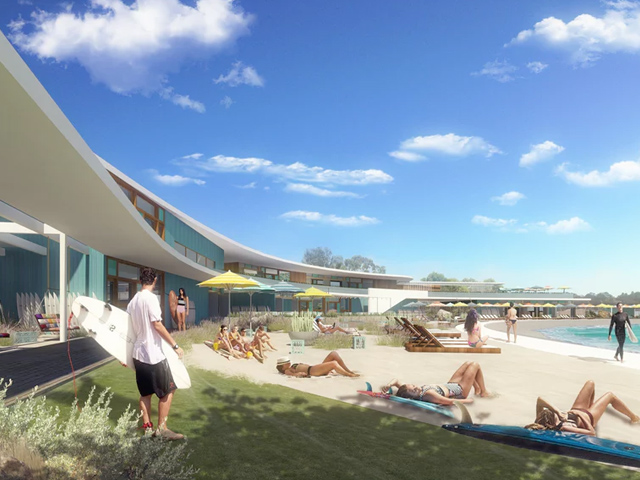 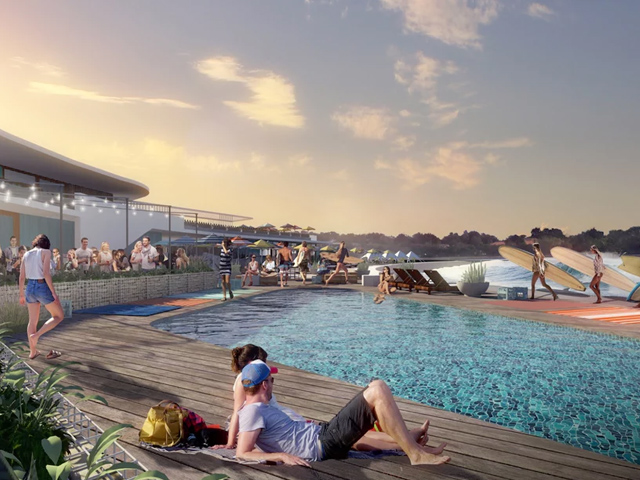 URBNSURF Perth is the brainchild of the Wave Park Group and, assuming all goes to plan, will be built using the firm's Wavegarden technology. The technology has been in development for over 12 years and the first Wavegarden facility opened in Wales last year. There's another due to open imminently in the US city of Austin, Texas, and there are others planned for Australia in Melbourne and Sydney.

The planned Perth site is Tompkins Park, an existing 22-ha sports and recreation destination located 9km south of Perth's central business district. Wave Park Group is seeking to redevelop 4.4 ha of that site to build the lagoon, along with a variety of additional and complementary facilities.

The lagoon itself will cover an area of 2.4-ha and is expected to need replenishing with 20 million litres of water a year as a result of evaporation. Wave Park Group believes it can source this sustainably from existing groundwater at Tompkins Park that would otherwise be used for irrigation of the site, or would flow back into the Swan River. The water would be pre-treated to "near potable" quality before being entered into the lagoon's ultrafiltration systems.

As part of the project, there will be design upgrades to an adjacent stormwater drain and the rehabilitation of wetland vegetation in the area, as well as improvements to other facilities in the park. Another feature of URBNSURF Perth that's intended to limit its environmental impact will be solar panels, which will be used to generate a proportion of the power requirements.

The intention is for the lagoon itself to be oriented in such a way as to mimic offshore conditions during most of the year. All sorts of surf sport will be accommodated, including the use of bodyboards, shortboards, surf skis, surf kayaks and stand-up paddleboards.

The waves created by the Wavegarden technology are said to form cleanly and break with constant power and shape. To achieve this, a mechanical "wavefoil" runs along the center of the lagoon in question at over 7m per second, displacing in the region of 30 tonnes of water. It is possible to create a range of wave-types that cater to different surfing abilities, ranging from 0.6-m high "rolling white-water waves," which suit beginners, to 1.7-m high "pitching waves" for expert surfers.

URBNSURF Perth will also be home to a climbing wall, parkour trail, skate course and other activities. Auxiliary facilities will include a café, a rooftop bar and beach club, and a function center.

Assuming a lease to the site is awarded, a development application is expected to be submitted early next year. If all goes to plan, URBNSURF Perth could open in late 2018.