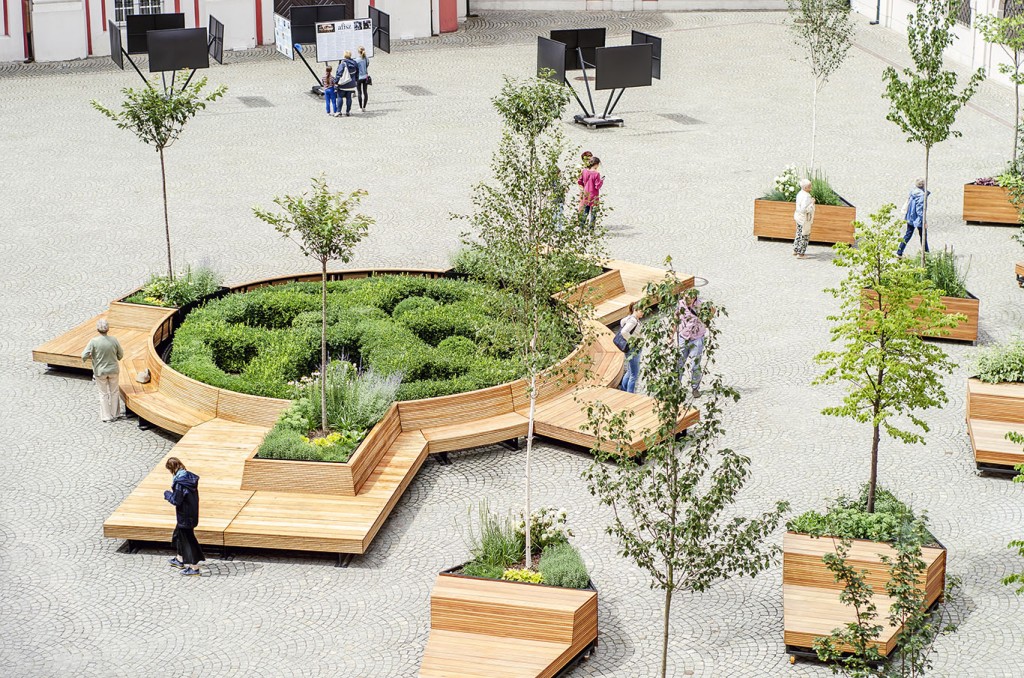 Public spaces are having a moment. People from outside the field of urban planning are beginning to notice the vital contributions they make to our quality of life: inserting nature and cultural memory into the everyday, reminding us of our collective responsibilities, supporting democratic expression. People are also beginning to notice the subtle ways in which those contributions are being eroded by threats of privatisation, corporate appropriation, and apathy.

Most acutely, this moment is brought to us by Apple, which has begun an aggressive retail rebranding effort to reconceptualize its stores as “town squares,” and wrought a wave of well-founded concern. Technology continues to beckon us away from the need to leave our homes or interact face-to-face with other humans. If for every action there is an equal and opposite reaction, it would follow that opportunities for such interpersonal interaction become a luxury we begin to seek, a call to remember our origin as social beings.

Not to give technology too outsized a role at this moment, politics also plays a part: political progress often demands a physical place to exercise our first amendment rights (or to fight for them). Large, visible public spaces are a natural home. Americans in particular have recently discovered that places we treat like public spaces—airports, for example—are, in fact, the domain of private companies, or are at risk of being ceded to private companies. When we see public spaces as a physical extension of our rights, we begin to approach their true value to our society. 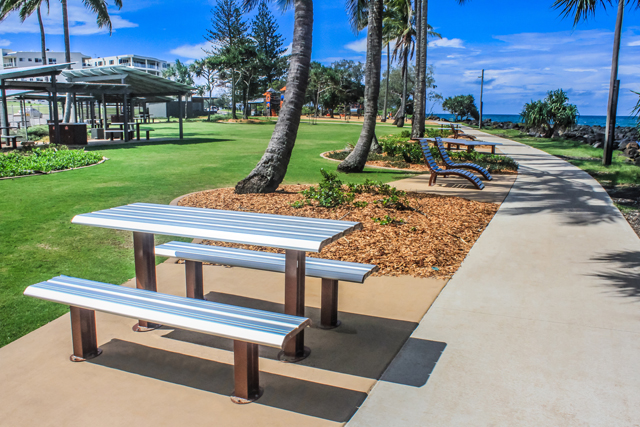 So what should we be asking about public space in this moment?

Public space is often touted as a key to “building a sense of community.” To my mind community building means strengthening meaningful interpersonal relationships; forging a dynamic, shared identity; fostering stewardship of the place; and creating a sense of belonging that is confident enough to openly welcome newcomers. But setting aside an area with a few trees and some benches hardly guarantees that a space will do any of these things successfully (see #PlacesIDontWantToSit). So it’s worth investigating how exactly good public spaces do this, and how we could design them to better do so in the future.

We might initially evaluate a public space by its physical characteristics. What defines its edges? A space, after all, is only as good as what defines it, be that buildings or fences or trees or a line of chalk. Do these edges comfortably contain the space, while possessing enough permeability to be inviting? What does it use to invite in a passerby? A large sculpture or monument? What does it use to encourage the passerby to linger? Greenspace? A concert stage? How does it scale with its context—is it oversized for a small coastal village or undersized as a state capital square—and how does it scale to the human bodies that pass through it?

The campo in Siena, Italy is often touted as the ideal public square: it has an iconic tower monument that announces itself above the rest of the urban fabric and a well-tuned edge defined by humanely-scaled buildings with inviting pedestrian alleys between them. The slight slope of the pavement invites both tired travellers and lunching locals to recline in the warm afternoon sun. And its physical dimensions allow an average human to discern the identity of another human from nearly any point within it.

I can distinctly remember, during a cross-country bus tour in college, stepping off the bus on Main Street in Greenville, SC. We were greeted by wide sidewalks with bountiful street trees, well-paved crosswalks that invited us to surf from one row of shops and storefronts to another, punctuated by public art, and terminating in a park overlooking the river. With places to sit and some protection from the elements, the street invited people to interact and to linger. This was my first personal “aha” moment that a street could be more than just a corridor for the efficient movement of automobiles—if its physical elements were designed well, it could be just as vital to the health of a place as a park.

Yet, as much as designers of the physical environment may be hesitant to admit this, no amount or configuration of tangible elements can magically create an intangible sense of community—people are ultimately responsible for this. But designed spaces can create a hospitable environment for such community to develop. 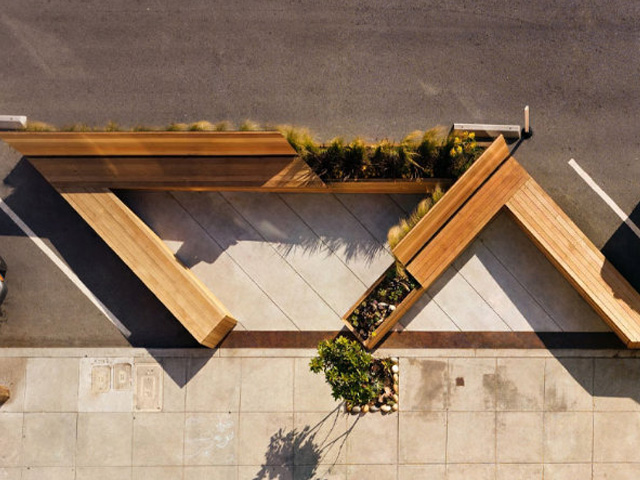 They provide space for interpersonal interaction. Pleasant to occupy for enough time to eat a meal or hold a long conversation and scaled for individuals and groups. Physicality is critical. Being face to face with another person (or group of people) causes different patterns of engagement than across the screen of a smartphone or behind a faceless computer keyboard. Public spaces may also invite proximity to “otherness:” interactions with people you might not meet in private places built for groups with common socio-economic status or leisure activities.

They balance safety and freedom. Our instincts as social beings, almost like gravity, draw us to physical centres for momentous occasions: consider where people congregate after a major sports victory, or for a protest. Everyone in a community should feel welcome and safe, even if they are there to speak critically to the powers that be. There is a disconcerting trend of allowing privately-owned public spaces (POPS) to take the place of actual spaces that belong to the public. These POPS don’t have to allow protests or rallies that might be perceived as “uncomfortable” or “off-brand,” but that are nonetheless vital to democratic expression.

They invite play, by both children and adults. Researchers in a number of disciplines have noted the importance of play to human flourishing, and what better places to provide access to this than public ones? It’s easy to brush off play at home or in the office, but when a giant waterslide is set up in the middle of a public square, it’s hard not to notice on your walk home. And sometimes encouragement to play doesn’t need anything more than some open space to run, chase, or be tagged ‘it.’

They’re visibly shaped by the people who occupy them. The cultural and artistic artefacts, iconography, and programming respond to the past and present of the people within the community, and are dynamic enough to change gradually in the future. Through these physical representations, regular inhabitants begin to develop a sense of belonging and ownership within the local, shared identity. Such identity fosters stewardship, not only of the space itself but also of the people within those places.

If left without any intervention beyond maintenance, many public spaces would continue to slowly evolve into these kinds of environments. But there are municipal governments, urban planners, and community groups that care deeply and have a significant hand in shaping streets, parks, and plazas—and now a general citizenry who is paying more attention. While these spaces don’t change overnight, it would do us well to consider the trajectory in which we’re steering them. To steer them better, we need to include the concept of buen vivir in our calculations.

Buen vivir, Spanish for “the good life,” comes from indigenous traditions in South America that replace our paradigmatic goal of “individual affluence” with the right to a balanced ecosystem and a community’s “collective well-being.” This well-being is defined broadly, encouraging the self-determination and flourishing of a rich cultural diversity and a high quality of life that isn’t built on the exploitation of others. 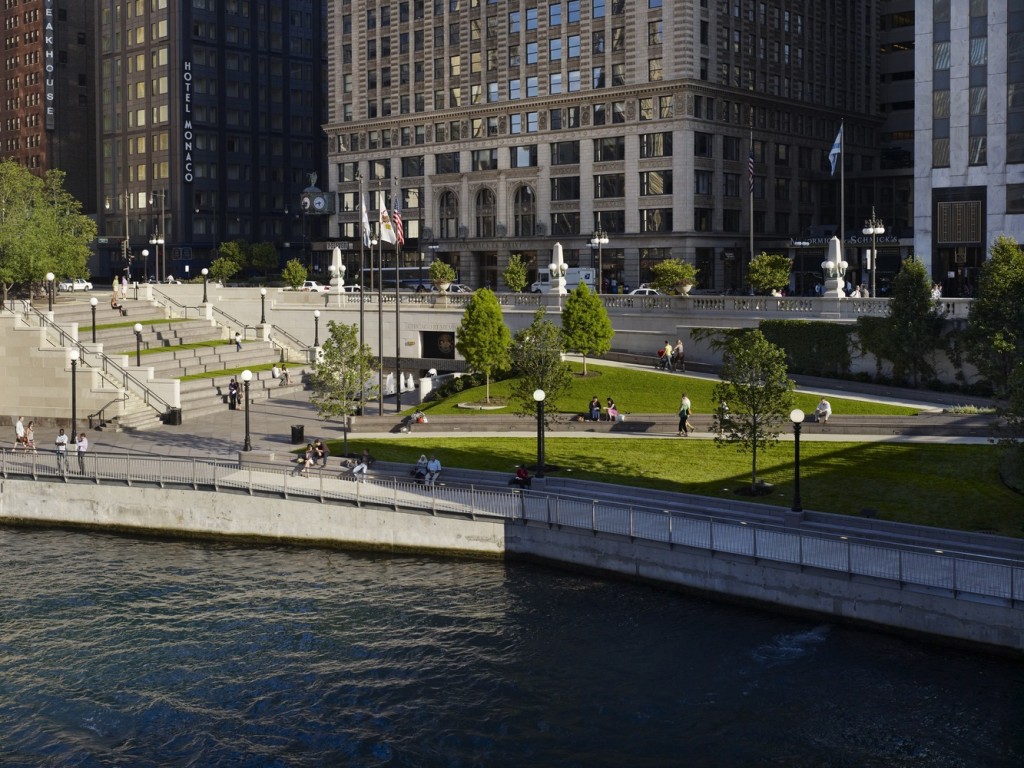 How does buen vivir intersect with the design of public space?

Public spaces bring plants into our asphalt, glass, and silicon-filled cities and towns. This equalizes access to nature for those who can’t often escape to the countryside or who live in a density that doesn’t allow for private yards, and also encourages resources to be spent maintaining and nurturing this nature.

Public space can challenge the over-dominance of the hegemon by supporting minority cultures. Using art or iconography or a configuration of space that allows for particular cultural activities to take place easily, public space can provide equitable exposure and recognition. It also allows for greater self-determination by minority communities if we ensure that they are present at the decision-making table.

Likewise, those with decision-making power need to look for ways to break down the narratives of exclusion that so often plague public spaces. This doesn’t mean allowing parks to become havens for nefarious or reckless behaviour, but it does mean encouraging both the homeless and the corporate executive, the disabled and the abled, to occupy the space with accommodation and dignity. It also means disconnecting the unfortunate link between “improvement” and “displacement” by allocating resources to overlooked public spaces, even if they’re not in a neighbourhood that promises higher real estate tax values in the coming years.

Public spaces are both an end and a means to an end, a sculpture worth displaying, and a slab of marble that will be carved anew by the interaction of whatever assortment of people pass through it each day. When authentically rendered, they present a powerful tool for a society that should be appreciated, protected, put to work, and stretched with new ideas and inputs. Now is the time to stop taking them for granted. The ultimate responsibility to build community and to sustain democracy belongs to each of us individually—we should challenge ourselves to make time to be the public who occupy these spaces and define their course.

Previous postThe Popularity of the Parklet Next postThe Redevelopment of Toronto