The winning design for the awe-inspiring Taiwan Tower in Taichung Gateway Park was selected back in 2011. Tipped to be the Taiwanese equivalent of the Eiffel Tower, the development sees a triangular section of the park essentially suspended 300m into the air.

With no solid structure underneath save a selection of steel support beams, the intended effect is that of the air of a natural phenomenon; a rooftop garden 300 metres high, with no obvious support structure.

Yet as already sky scraping projected costs continue to soar and almost double since the initial estimation, Mayor Lin Chia-lung of Taichung has decided to cut his losses and momentarily halt work on the site. Unflinchingly the Mayor has said he would rather pay the penalty for breaching the contract, than to continue with the proposed NT$15billion it would take to complete the project.

Just looking at the illustrations it’s not hard for a layman like me to imagine a ballooning budget. Another (albeit expensive) credit to the architect, Taiwan Tower was to set to be an example of sustainable architecture, achieving gold LEED certification; a highly prestigious and notoriously difficult accreditation to obtain – more so to maintain.

Costs that keep on costing coupled with numerous safety concerns to boot, Mayor Chia-lung will be organising a special team of people to review and rectify the project. 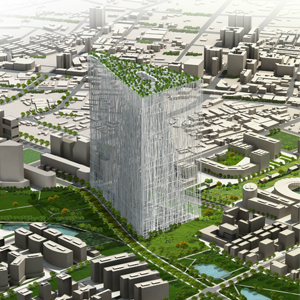 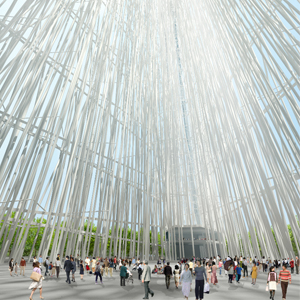