Life Inside a Dutch Windmill

Designs have been released for a Dutch silent and motionless wind turbine that doubles as a spherical apartment building for the port side city of Rotterdam. Surrounded by wetlands and built on an underground foundation will give the building an illustrious floating effect.

Harvesting energy from the wind and providing 72 new residential apartments within a circular steel and glass frame are the clear benefits of the development, however they don’t stop there. Upon completion the Dutch Windmill, as it’s been named, will also have the means by which to capture rainwater atop the building, recycle tap water down into the surrounding wetlands and produce biogas from the organic waste of residents.

Comprised of two rings, an inner and outer, the outer ring will offer 40 rotating viewing cabins offering brilliant and unprecedented views of the Dutch city. It’s the inner ring that will house the aforementioned residences.

Furthermore, an electrostatic wind energy converter, or turbine, will fill the inner ring; essentially a network of small tubes motionlessly converting wind energy into electricity in a way that eliminates noise and eases the maintenance aspect.

A modern update to the traditional windmills synonymous to the Netherlands, the Dutch Windmill will showcase itself as a platform for technological innovation; just as the consortium of designers and developers had initially intended. 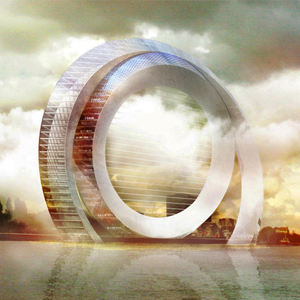 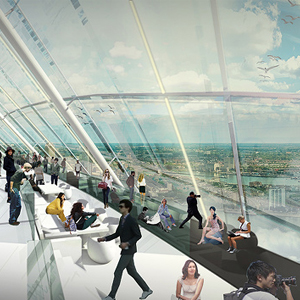 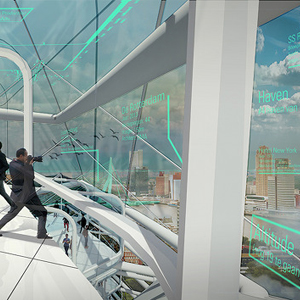