Italy is now home to the world's deepest swimming pool, plunging to an impressive depth of 40 metres. 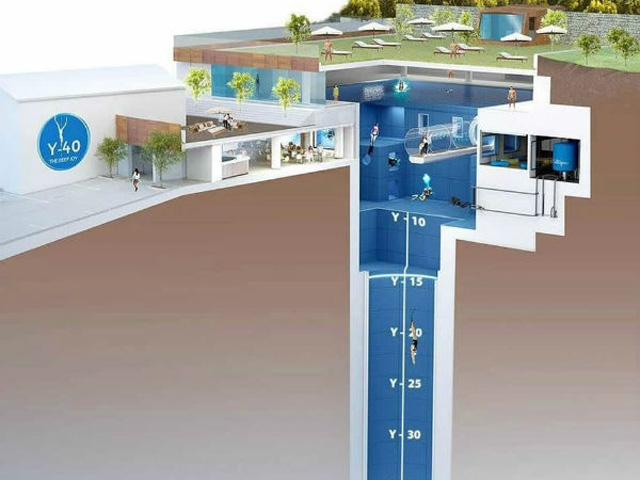 An Italian architect has designed the world’s deepest swimming pool, which reaches an impressive depth of 40 metres. 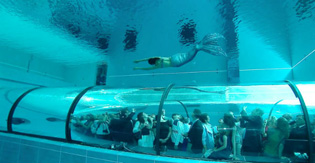 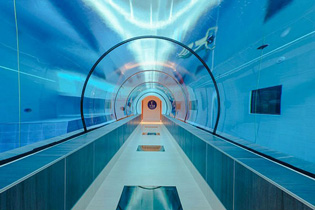 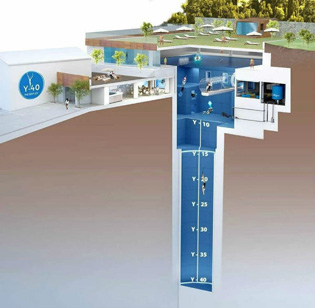 Emanuele Boaretto, supported by the Boaretto Group Hotel and Resort, designed the Y-40 pool, also known as The Deep Joy for the four star hotel Terme Millepini. The hotel is located in the Eurganenon Hills just outside of Venice.

Y-40 is 21 metres by 18 metres on the surface and is filled with 4,300 cubic metres of thermal spa water. The water maintains a temperature of 32 to 34 degrees, which enables diving enthusiasts to swim without a wetsuit.

The pool’s name reflects its mathematical measurements, with the Y referring to the ordinate axis of the Cartesian system and 40 referring to its depth. It is currently used for scuba diving, free diving an array of aquatic activities.

From surface level, the pool looks like an ordinary hotel pool, but it features a series of sub levels. Once swimmers dive down more than 15 metres, Y-40’s rectangular structure transforms into a circular void down to its deepest point. The bottom of the pool features a series of caves where scuba divers can learn technical skills.

There is also a transparent suspended tunnel five metres down for guests seeking a dry view of the pool, similar to the half sphere structures found in aquariums. Boaretto worked closely with underwater experts to develop the project.

Y-40 has also been recognised by the Guinness World Records as the world’s deepest swimming pool, taking the 10-year crown from the 34.5 metre deep Demo 33 pool in Belgium.

The most important element in swimming pool architecture is the pool’s strength and resistance, from floors to walls. Many structures, like underwater hotels or commercial aquariums, will utilise submarine technology, while others will use more conventional sealing methods and materials such as glass, steel and concrete. When it comes to transparent areas such as Y-40’s tunnel, polymethylmethacrylate (PMMA), also known as acrylic or PLEXIGLAS is a preferred material. Acrylic offers increased visibility, as its lower density and lower refractive index provide a clearer view than traditional glass.

The Y-40’s strength is reinforced by its tiled floor and walls by Flor Gres. The tiles are constructed from the company’s Geotech material, which is thick and resilient and offers resistance to deep abrasion and thermal shock resistance. The tiles look like wood but are actually made from Madeira rock.

Culligan Piscine, which constructed and now maintains Y-40, installed four heavy-duty filters capable of handling the pool’s operating pressures. While reinforcement is crucial when building skyscrapers up to great heights, it is equally important when building to great depths. When going underground, particularly when water is involved, success lies in the strength of the materials.