Sydney is home to the World’s Best Tall Building, with One Central Park being hailed for its lofty green presence. 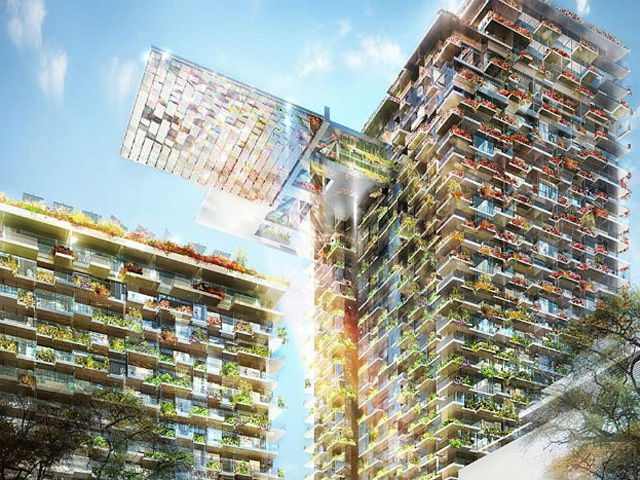 Sydney’s One Central Park has been named the Best Tall Building Worldwide by the Council on Tall Buildings and Urban Habitat.

The residential skyscraper, designed by French architecture practice Ateliers Jean Nouvel in collaboration with Australian firm PTW, celebrated earlier this year when it was named one of four of the world’s most exceptional buildings. Now it has outpaced all others to stand alone in the esteem of the CTBUH (Council on Tall Buildings and Urban Habitat).

It was One Central Park’s lofty green presence that impressed the judges. From the time the design concept was unveiled through to its official opening this year, One Central Park has received worldwide attention for its environmental efforts, in particular housing one of the world’s largest en masse vertical gardens, designed by French botanist, Patrik Blanc. Stretching 116 metres high, the building features a 64,000 square metre green space, using hydroponics and heliostats to grow plants around the periphery of the building at all levels.

As its name suggests, the park is inspired by New York’s Central Park, providing green public space in the urban realm. The vertical garden itself spans 1,000 square metres and features 250 species of Australian flowers and plants.

The vertical garden is complemented by a Sky Garden which cantilevers out from level 29 of the tower. This Sky Garden features the light-directing heliostat system.

One Central Park will now join some of the world’s most notable skyscraper projects to boast large living walls.