Ambitious plans for a ‘vertical city’ have been unveiled, promoting sustainable high density living in the Sahara Desert. 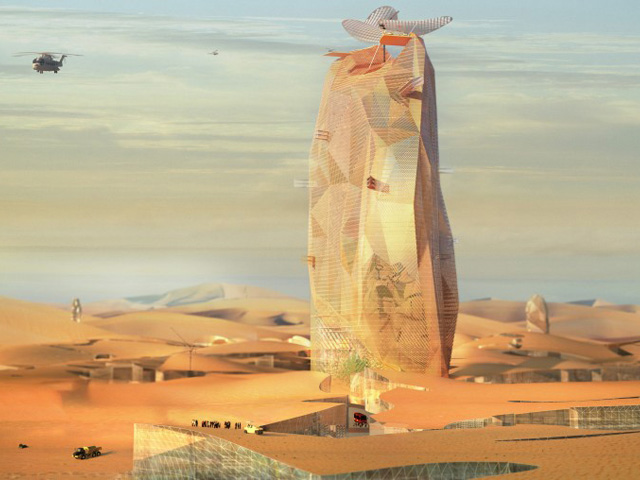 A proposal for a futuristic mixed-use tower – or "vertical city" – that promotes sustainable high density living in the Sahara Desert has been unveiled. 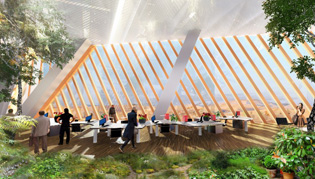 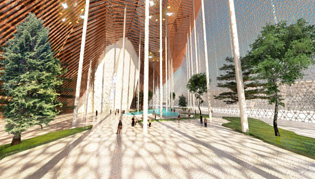 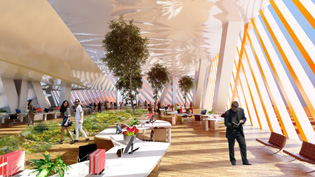 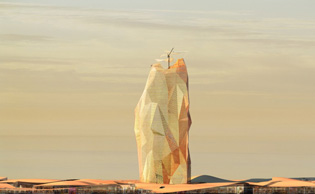 The conceptual project (by Parisian architecture firm OXO Architectes, in association with Nicolas Laisné Associés) calls for the tower to be run using renewable sources including rainwater collection, solar power, and geothermal energy.

City Sand Tower will rise to a height of 450m (1,476 ft) – or almost half a Burj Khalifa – but will have a much larger footprint than the Dubai skyscraper, giving it a total floor space of 78 hectares (192 acres).

Inside the building will be a central inner tower covered with vegetation that serves as a vertical garden sheltered from the harsh desert conditions. Some 22 per cent of City Sand Tower's usable floor space will be given over to offices, while a hotel and a total of 600 housing units will make up 17.5 per cent and 15 per cent of available floor space respectively.

Remaining space will be taken up by a shopping centre and conference rooms, sports area, museum, a spa, and a bar and restaurant. The tower will also include a meteorological observatory, with a heliport on top of the building.

The sustainable technology slated for the build is very ambitious. According to the brief, up to 45,000 cubic meters (1,589,160 cubic ft) of rainwater would be collected annually in an area known for its aridity and used for various purposes. Most significantly, it would be injected roughly 4 km (2.4 miles) deep underground, at which point the earth's heat would turn the water into steam. This steam would then be channeled to the surface somehow and used to power a generator that produces electricity and heats water for the tower's heating systems. The same rainwater would also be used to irrigate the internal vertical garden and for toilet needs, with greywater recycled too.

Additional power would come from solar panels and the interior temperature would be partly managed using natural ventilation.

The brief for this overly ambitious proposal imagines work starting on the project in 2025, with construction phased over 50 years.