URBAN PLANNING OUT TO SEA


Are the world’s oceans and rivers becoming the new frontier for architects as urban planning takes an offensive approach to city flood defences and turns to 'aquatecture'? 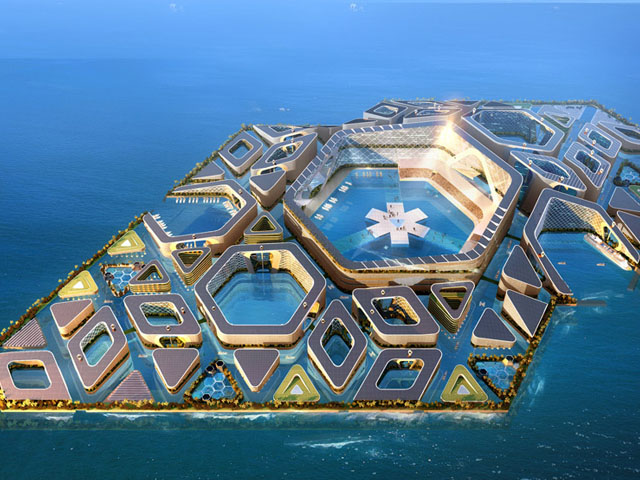 Rising sea levels and a shortage of development sites are leading to a surge of interest in floating buildings, with proposals ranging from mass housing on London's canals to entire amphibious cities in China. 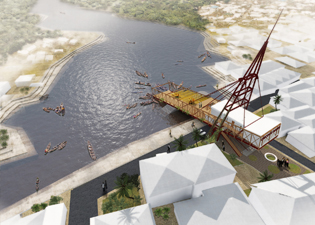 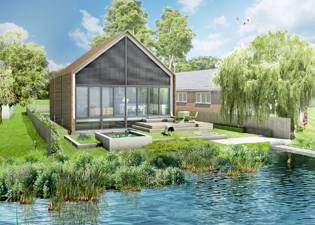 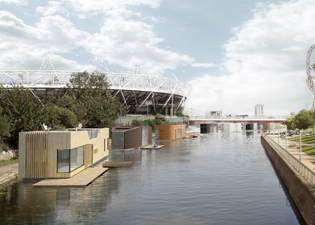 People will increasingly live and work on water, as planning policies shift away from building flood defences towards accepting that seas and rivers cannot be contained forever, say the architects behind these proposals.

"Given the impact of climate change, we can begin to think a lot more about the opportunity for living with water as opposed to fighting it and doing land reclamation," said architect Kunlé Adeyemi.

Adeyemi, who is founder of Dutch studio NLÉ, has already designed several aquatic buildings in coastal Africa, including a floating school for a Lagos lagoon and a radio station in the Niger Delta. The pair of buildings are prototypes for part of a larger research project called African Water Cities, which aims to create new infrastructure in waterside areas.

With over a quarter of its land mass lying below sea level, the Netherlands, where Adeyemi is based, leads the world in water management and has developed sophisticated planning policies that encourage water-based living.

Colonies of floating houses have sprung up along Amsterdam's river IJ, in a development that is forecasted to provide 18,000 new homes to help stem the city's housing shortage.

"We know that the policies are a little more advanced than in other parts of the world because they've been doing it for several years," said Adeyemi. "Policies [elsewhere] require some improvement."

Dutch water management specialists have been drafted in to advise on policies in Indonesia, America, Britain, Mozambique and Ethiopia. The architect said the rest of the world now needs to follow suit.

Tracy Metz, a Harvard Fellow that has spent years researching architecture and infrastructure strategies that integrate water, believes the change is already underway.

"You see that the design in our cities for water is really one of the drivers of urban design and architecture now," said Metz, speaking at the ‘What Design Can Do’ conference in São Paulo this week.