According to the 2018 edition of the United Nations World Water Development Report, nature-based solutions are proven to play a highly important role for improving both the supply and quality of water and for significantly reducing the drastic impact of natural disasters. 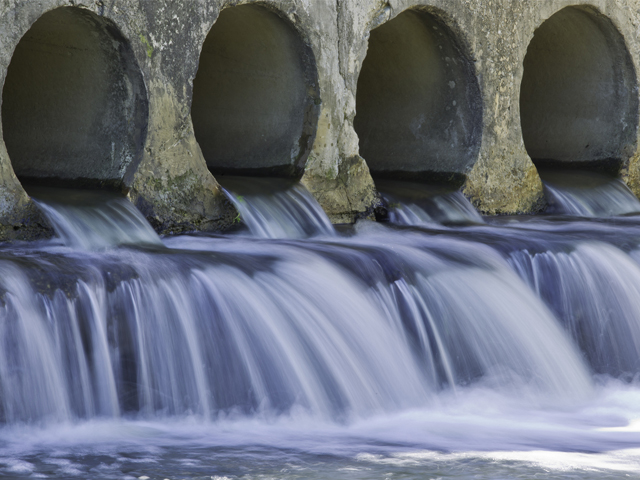 Presented at the 8th World Water Forum this week by UNESCO Director, General Audrey Azoulay, and UN-Water Chair, Gilbert Houngbo, the study argues that reservoirs, irrigation canals and water treatment plants are not the only water management instruments at our disposal.

In 1986, the State of Rajasthan (India) experienced one of the worst droughts in its history. Over the following years, an NGO worked alongside local communities to set up water harvesting structures and regenerate soils and forests in the region. This led to a 30 percent increase in forest cover, groundwater levels rose by several metres, and cropland productivity improved.

These measures are examples of the nature-based solutions (NBS) advocated by the latest edition of the report, “Nature-based Solutions for Water”. It recognises water not as an isolated element, but as an integral part of a complex natural process that involves evaporation, precipitation and the absorption of water through the soil. The presence and extent of vegetation cover across grasslands, wetlands and forests influences the water cycle and can be the focus for actions to improve the quantity and quality of available water.

“We need new solutions in managing water resources so as to meet emerging challenges to water security caused by population growth and climate change,” said Azoulay. “If we do nothing, some five billion people will be living in areas with poor access to water by 2050. This report proposes solutions that are based on nature to manage water better. This is a major task all of us need to accomplish together responsibly so as to avoid water-related conflicts.”

“For too long, the world has turned first to human-built, or ‘grey’, infrastructure to improve water management,” Houngbo said in the foreword of the report. “In so doing, it has often brushed aside traditional and Indigenous knowledge that embraces greener approaches. Three years into the 2030 Agenda for Sustainable Development, it is time for us to re-examine nature-based solutions to help achieve water management objectives.” 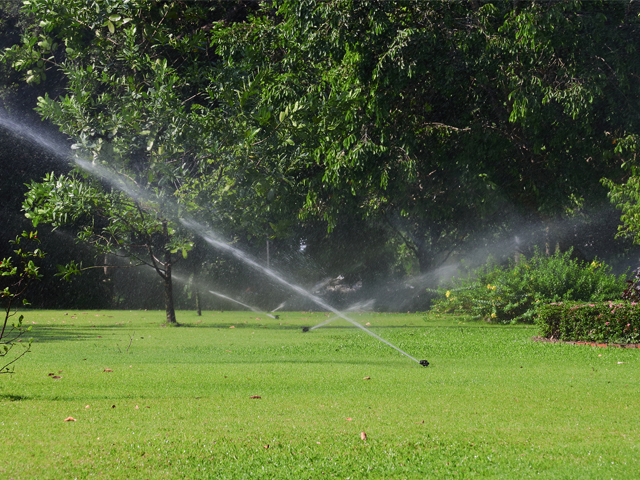 So-called “green” infrastructure, as opposed to traditional “grey” infrastructure, focuses on preserving the functions of ecosystems, both natural and built, and environmental engineering rather than civil engineering to improve the management of water resources. This has multiple applications in agriculture, the greatest consumer of water by far. Green infrastructure can help reduce pressures on land use while limiting pollution, soil erosion and water requirements by contributing to the development of more effective and economic irrigation systems, for example.

Thus, the System of Rice Intensification, originally introduced in Madagascar, helps restore the hydrological and ecological functioning of soils rather than using new crop varieties or chemical products. It enables savings of 25-50 percent in water requirements and 80-90 percent in seeds while raising paddy output by 25 percent to 50 percent, depending on the region in which it is implemented.

It is estimated that agricultural production could be increased by about 20 percent worldwide if greener water management practices were used. One study cited by the report reviewed agricultural development projects in 57 low-income countries and found that using water more efficiently, combined with reductions in the use of pesticides and improvements in soil cover, increased average crop yields by 79 percent.

Green solutions have also shown great potential in urban areas. While vegetated walls and roof gardens are perhaps the most recognisable examples, others include measures to recycle and harvest water, water retention hollows to recharge groundwater and the protection of watersheds that supply urban areas. New York City has been protecting its three largest watersheds since the late 1990s. Disposing of the largest unfiltered water supply in the USA, the city now saves more than $300 million US yearly on water treatment and maintenance costs.

Faced with an ever-increasing demand for water, countries and municipalities are showing a growing interest in green solutions. China, for example, recently initiated a project called Sponge City to improve water availability in urban settlements. By 2020, it will build 16 pilot Sponge Cities across the country. The goal is to recycle 70 percent of rainwater through greater soil permeation, retention and storage, water purification and the restoration of adjacent wetlands. 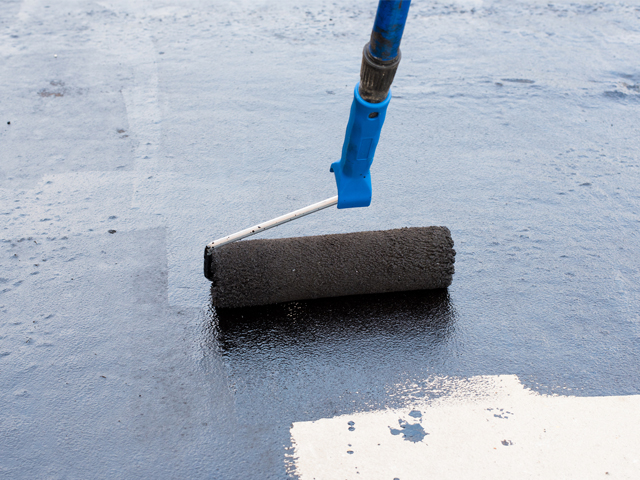 The Importance of Wetlands

Wetlands only cover about 2.6 percent of the planet but play a disproportionately large role in hydrology. They directly impact water quality by filtering toxic substances from pesticides, industrial and mining discharges.

There is evidence that wetlands alone can remove 20-60 percent of metals in water and trap 80-90 percent of sediment from runoff. Some countries have even created wetlands to treat industrial wastewater, at least partially. Over recent years the Ukraine, for example, has been experimenting with artificial wetlands to filter some pharmaceutical products from wastewater.

However, ecosystems alone cannot perform to totality of water treatment functions. They cannot filter out all types toxic substances discharged into the water and their capacity has limits. There are tipping points beyond which the negative impacts of contaminant loading on an ecosystem become irreversible, hence the need to recognise thresholds and manage ecosystems accordingly. 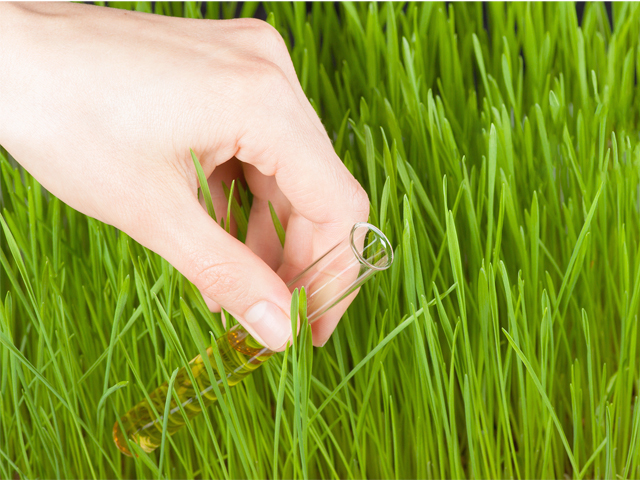 Wetlands also act as natural barriers that soak up and capture rainwater, limiting soil erosion and the impacts of certain natural disasters such as floods. With climate change, experts predict that there will be an increase in the frequency and intensity of natural disasters.

Some countries have already started taking precautions. For example, Chile announced measures to protect its coastal wetlands after the tsunami of 2010. The State of Louisiana (USA) created the Coastal Protection and Restoration Authority following Hurricane Katrina (2005), whose devastating impact was magnified by the degradation of wetlands in the Mississippi Delta.

Nevertheless, the use of nature-based solutions remains marginal and almost all investments are still channelled to grey infrastructure projects. Yet, to satisfy the ever-growing demand for water, green infrastructure appears to be a promising solution complementing traditional approaches. The authors of the report therefore call for greater balance between the two, especially given that nature-based solutions are best aligned with the Sustainable Development Goals adopted by the United Nations in 2015.

Coordinated by the World Water Assessment Programme of UNESCO, the United Nations World Water Development Report is the fruit of collaboration between the 31 United Nations entities and 39 international partners that comprise UN-Water. Its publication coincides with World Water Day, celebrated every year on 22 March. 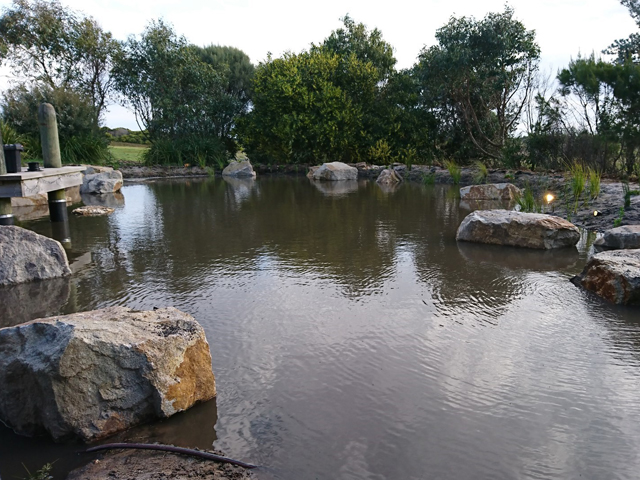