The city of Seattle will undergo a transformation with the creation of an elevated park that will provide ample green space and affordable housing by utilising unused space resulting from highway construction. 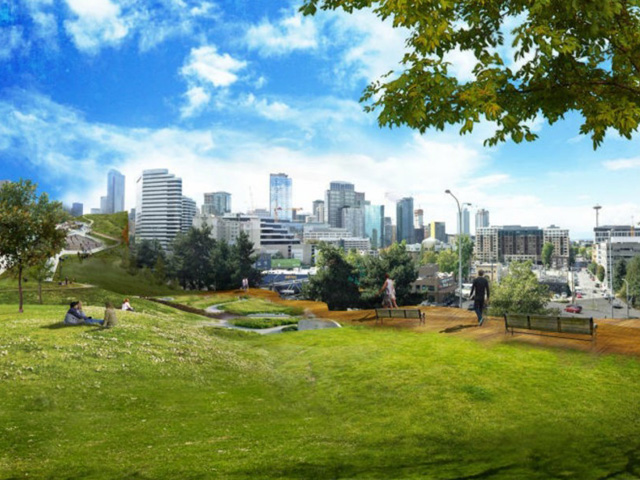 Back in 1962, construction of Interstate 5 sliced through the heart of Seattle, essentially splitting the city in half. Now, local architects Patano Studio Architecture are hoping to rectify the situation by ‘capping’ the highway with a two-mile-long elevated park that will provide affordable housing, pedestrian paths, bike lanes, and ample green space. The plan would bring much needed community space to the area as well as reducing the noise level and pollution that the area is currently known for. 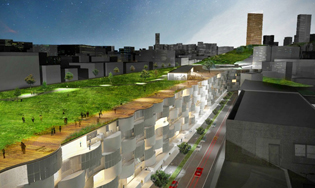 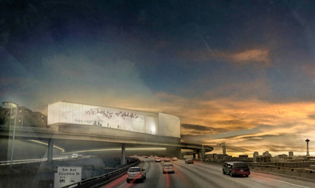 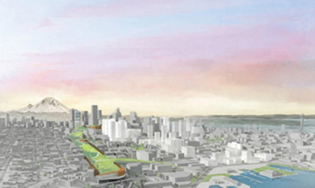 “This space is just so underutilised,” says architect Christopher Patano, director of Patano Studio Architecture. “This two-mile stretch of Interstate 5 that we’re talking about putting the park on is the most valuable piece of real estate between Vancouver and San Francisco. And right now it’s just the canyon through downtown.”

The plan calls for the implementation of a community-focused project, essentially creating a multi-layered neighborhood along the 2-mile stretch of highway. Underneath the elevated green park (but still on top of the highway), the designers call for the addition of affordable housing units, as well as a new convention center and arena to the new space.

Pantano explains the design for the park took into account current projects being considered for the city. “Almost every part of the project we describe, all that complexity, those are all projects that are going to happen,” he says. “The convention center’s happening, the arena’s happening, public housing has to happen, the freeway has to be rebuilt because it’s at the end of its useful life. They all have to happen. So instead of each of these as one distinct problem, we can wrap our arms around all of them together. I think what the result could be for the city is this amazing public space.”