THE UNDERLINE OF MIAMI


James Corner Field Operations – the studio behind New York's High Line – has designed a new park for downtown Miami that would be constructed beneath an elevated rail line. 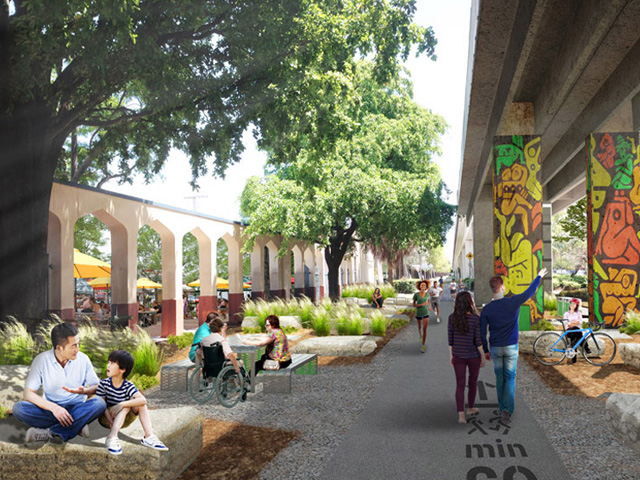 Working with the nonprofit group Friends of The Underline, James Corner Field Operations has conceived the 16 kilometre park and urban trail for an under-utilised area below a portion of Miami's MetroRail – a rapid-transit system that opened in 1984 and runs through the city's urban core. 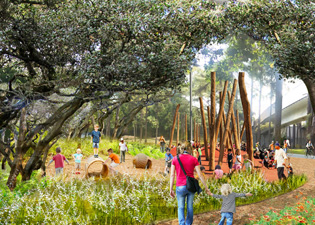 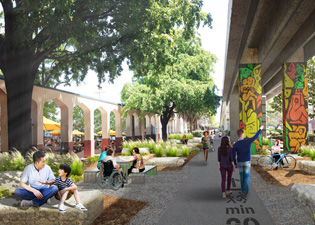 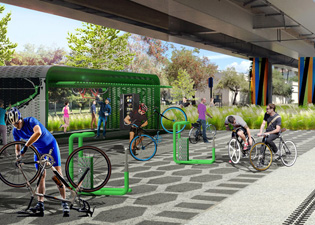 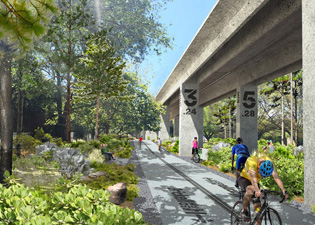 The Underline is the latest in a string of park projects focused on transforming spaces around urban infrastructure, following on from the success of the High Line. The New York park, built on disused elevated railway tracks, was designed by James Corner in collaboration with architects Diller Scofidio + Renfro and landscape designer Piet Oudolf.

The Miami design would follow the route of an existing bike trail called the M-Path. James Corner's scheme calls for widening the bike path, in addition to creating a parallel pedestrian path that would measure at least 2.4 metres in width.

The paths would wind through various ecosystems, "shaded by native plants that provide habitats for birds and butterflies."

The park would feature spaces for art and recreation, along with an area for pop-up structures that could serve as small business incubators. The plan also includes a bike tune-up station.

The Underline would stretch from the rail system's Dadeland South Station to the edge of the Miami River, and would tie into other urban trails, both existing and proposed.

"The Underline will be the spine of this future network of 250 miles (402 kilometres) of trails," said the Friends of The Underline.

The goal of the project is to transform the land into "an iconic linear park, world-class urban trail and living art destination," the group said.

The organisation hopes some of its benefits would include bringing communities closer together, improving pedestrian and cyclist safety, and creating over 100 acres (40 hectares) of open space with restored natural habitats.

New York-based James Corner Field Operations was selected to masterplan the park through a competitive process that drew 19 applicants.

The firm's team – including Pentagram and several other consultants – has been charged with preparing a framework scheme and a detailed plan for two demonstration projects.

Friends of The Underline was founded by Meg Daly, a marketing specialist who lives in Miami. The idea for the park stemmed from her personal experience: Daly broke both of her arms in 2013, leaving her unable to drive. She started taking the MetroRail and would walk underneath the tracks.

Friends of The Underline presented its initial vision in July to city officials. The group is working to earn approvals and raise money for the project. Partners include the Miami-Dade County Parks, Recreation and Open Spaces department, along with the county's transit department.

The Underline of Miami
Universal Magazines