THE FUTURE OF 3D PRINTING IN CONSTRUCTION


Advances in 3D printing technology have the capacity to revolutionise the construction industry and change the way we live. 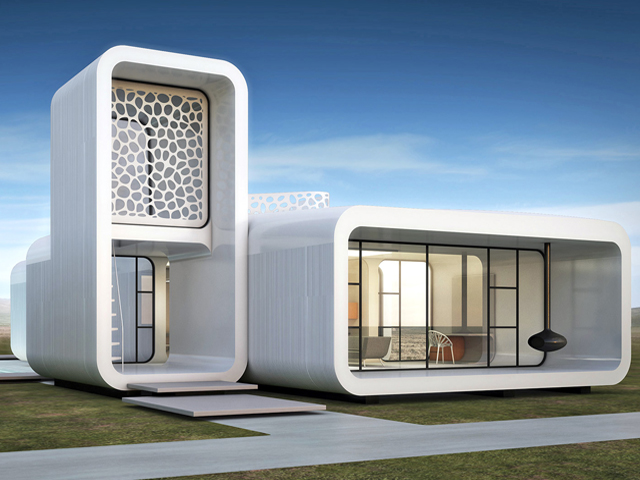 The advances made in 3D printing technology in recent years has created a demand across a variety of sectors including retail, healthcare, and even aviation. In the construction industry it also appears to have a range of applications, many of which could revolutionise the way we build in the future. 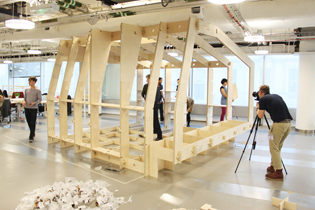 Linking the digital and physical words, 3D printing offers the potential to erase significant costs involved in completing a project, in part by shortening build times and limiting wasted resources. This technology could replace labour intensive trades and create products that will bypass a manufacturing process that may cause significant construction delays.

Today we can already see the potential of 3D printed buildings manifesting in our reality.

Often a first when it comes to amazing feats of construction and technology in architecture, Dubai has just announced it will be constructing the world’s first fully 3D printed office building.

The office building will take just a matter of weeks to construct. The overall structure won’t be that big in terms of scale, covering just 186 square meters, but it’ll be huge for the 3D printing history. The office building will be printed one layer at a time by a 20-foot-tall 3D printer, and then assembled onsite. What’s more, all of the furniture, fixtures, detailing, and structural components will also be 3D printed, making this endeavor the most ambitious 3D printing project in architectural history.

Another example of the breakthroughs being made with 3D printing in construction is a project out of the US.

Designer Eric Schimelpfening has created WikiHouse, a home designed entirely in SketchUp – modeling software - that can be downloaded by anyone, customised to fit the user’s needs and sent to a 3D printer. The components are then snapped together using less than 100 screws – like a giant meccano set.

Downloadable by anyone, the WikiHouse Open Source Construction Kit is entirely customisable to different users and environments. The movable 3D printed components can be assembled almost without screws, and users can easily rearrange the rooms according to their lifestyles or whims. This flexibility also extends to plumbing and electrical outlets.

The Wikihouse Open Source Construction Kit is free, which means anyone who has a few thousand dollars for the plywood and CNC milling machine could build an affordable and remarkably flexible home.

Although 3D-printed building technology is still somewhat new, many in the industry are looking to 3D printing to speed up construction times, lower costs, and reduce material waste. Production times can be cut by as much as 50 to 70 percent, while 3D printing can reduce labor costs by 50 to 80 percent, according to experts. These techniques can also eliminate up to 60 percent of construction waste, making 3D printing a viable environmentally-friendly alternative to traditional building methods.

The Future of 3D Printing in Construction
Universal Magazines