THE BATCAVE: FROM POWER TO ART


Swiss firm Herzog and de Meuron have been chosen to transform a turn of the century Brooklyn power plant and local graffiti-artist public arthouse into a manufacturing arts centre, exhibition space and no doubt a new cultural capital for the area. 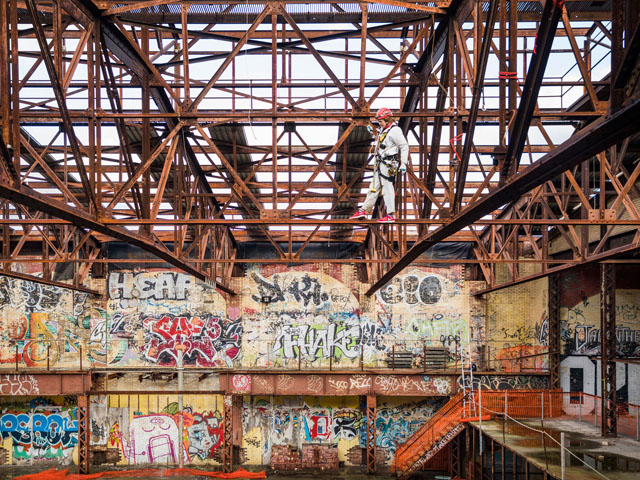 Renowned Swiss firm Herzog & De Meuron has been chosen to transform a 113-year-old Brooklyn power plant into a state-of-the-art manufacturing centre for the arts. The complex, which is located on the Gowanus canal in Brooklyn, New York, will house a series of fabrication facilities for metal, wood, ceramics, textiles, and printmaking disciplines. 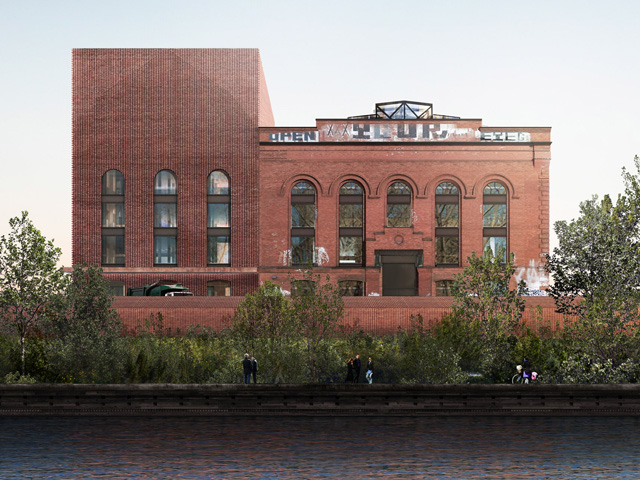 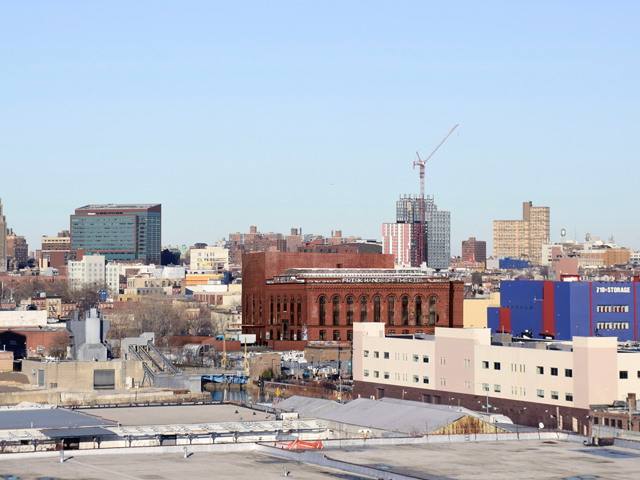 The site, which was originally designed by Thomas e. Murray, was completed in 1904 to serve the newly electrified Brooklyn rapid transit lines. The power facility was decommissioned in the 1950s and there followed a series of attempts at demolishing parts of the original facility and several attempts for redevelopment stalled before construction.

In a city as densely populated as New York City, the abandoned venue was quickly put to use by the adventurous and the creative, the site became known as the ‘Batcave’ and was the destination for youth, explorers, and artists, whose work covers its walls. Sadly, the building later became the scene of a series of crime and substance abuse and fell into disrepair.

Plans for the Batcave’s renovation include repurposing the site’s existing turbine hall and reconstructing the boiler house, which was one of the areas demolished. A series of interior rooms will allow for flexible workshop configurations that cater to the wide range of anticipated programs and adequate space will be dedicated to exhibition spaces.

In its current state, the top floor of the turbine hall soars 8 metres high to a saw-toothed roof currently open to the sky. It is hoped that the design will incorporate glass covering that would create a staging ground for art in progress.

“By preserving, restoring and reconstructing essential elements of the original power station — some still intact and some long-ago demolished — this design strengthens its relationship to the immediate urban context,” explains Ascan Mergenthaler, senior partner at Herzog & De Meuron. “The aim is to demonstrate sensitivity to the program by integrating existing layers seamlessly into a functional, modern manufacturing facility.”

“Herzog & De Meuron’s design approach celebrates the existing iconic turbine hall and maximizes the potential of the property to ensure its long-term industrial viability,” adds Katie Dixon, executive director of the Powerhouse Environmental Arts Foundation. “The restoration and recreation of the former power station maintains a profound connection to its past and establishes the contemporary manufacturing program our institution needs for the future.”

Concern has been expressed about the loss of influential artwork on the walls, some of which will need to be removed to allow for new and much needed structural construction work. However, Ms Dixon explains that preservation of existing artwork will be made where possible. “It’s an incredible legacy for us to build on,” Ms. Dixon said. “There are so many layers here, we don’t want to take any away. We simply want to add our own.”

It is perhaps fitting that the firm given the chance to revitalise this area, a cultural cornerstone for counterculture public art, are renowned for successfully designing public art facilities. The team at Herzog & De Meuron had a breakout success with the conversion of a riverside power station into the hugely successful Tate Modern in London, UK. It would seem that the ‘Batcave’ is in good hands for its modern revival.

The facility will be operated by the Powerhouse Environmental Arts Foundation, a public charity established in 2012. Initial construction is forecast to begin late 2017 and a completion date is currently scheduled for 2020.

The Batcave: From Power to Art
Universal Magazines