Sasaki Associates are bringing vertical farming to Shanghai in a way that combines the city's agricultural production with a series of mixed-use educational, public space and commercial developments. 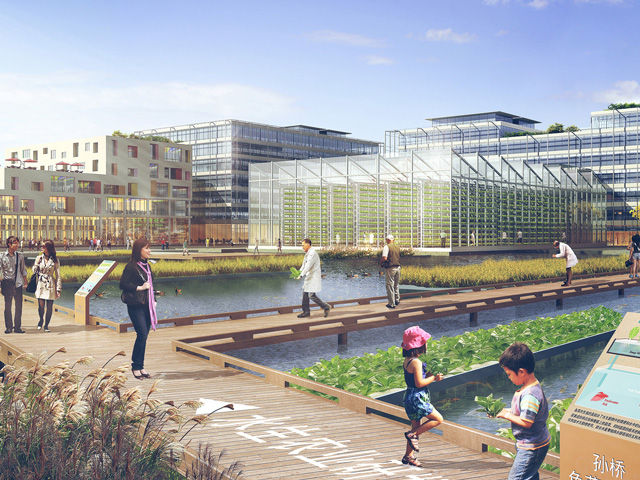 With an array of innovative and cutting-edge urban designs being constructed and envision throughout China, it is hard to say which of those is the most revolutionary. The country itself is a powerhouse of growth and creativity for both the architecture and development industries, yet this next project may take the title for most innovative and most revolutionary so far. 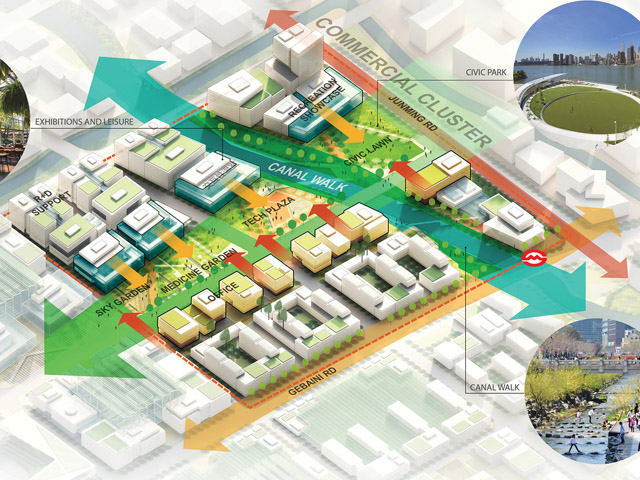 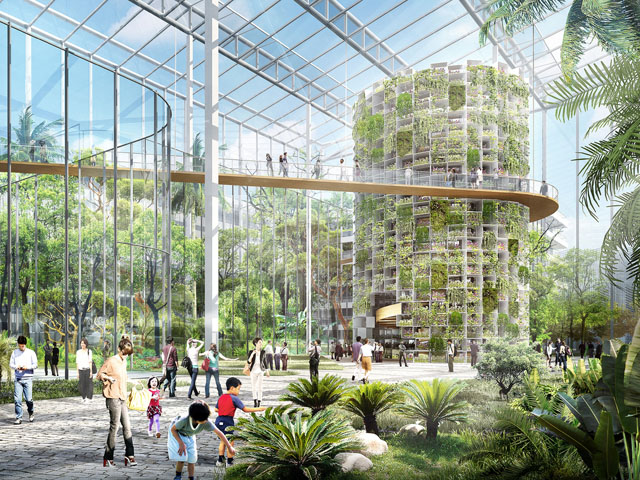 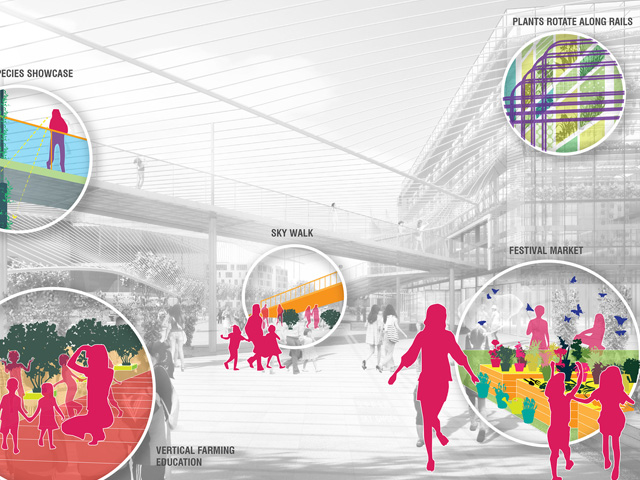 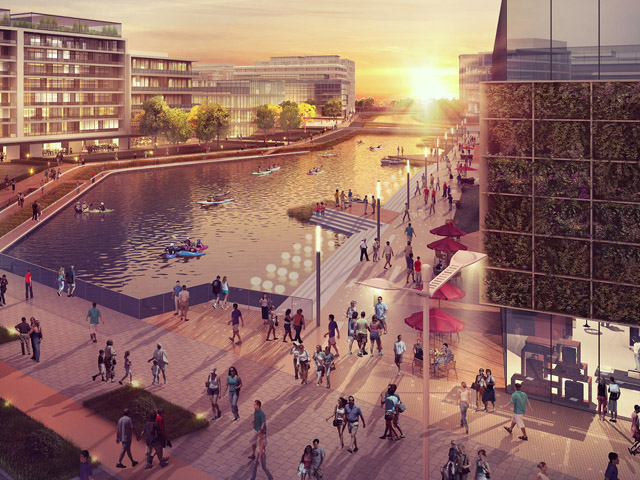 In the Chinese megacity of Shanghai, US- based firm Sasaki Associates looks set to bring to life the Sunqiao Urban Agricultural District, a 100-hectare masterplan of urban vertical agriculture that will function as a food source for a large portion of the 24million inhabitants of the city.

Situated between Shanghai’s main international airport and the city centre, Sunqiao will introduce large-scale vertical farming to the city of soaring skyscrapers. Initially envisioned as a solution to the growing agricultural demand in the region, Sasaki’s vision goes further, using urban farming as a dynamic living laboratory for innovation, interaction, and education.

The city of Shanghai is an ideal city to implement vertical farming. The area’s high land prices make constructing vertically more economically viable than building outwards. In addition, the typical Shanghainese diet favours leafy greens which can be produced with efficient urban hydroponic and aquaponics systems.

Sasaki’s masterplan acknowledges this and the agricultural systems will include a range of urban-friendly farming techniques, such as algae farms, floating greenhouses, green walls, and vertical seed libraries.

Understanding the need to create a system that is multifunctional to maximise on the finite space available in Shanghai, Sasaki’s masterplan creates a robust public realm, one that celebrates agriculture as a key component of urban growth and the urban lifestyle.

The plans inclusion of an interactive greenhouse, science museum, aquaponics showcase, and festival market signal an attempt to educate generations of children about where their food comes from. In addition, sky plazas, office towers, and civic greens will attempt to create a mixed-use, dynamic, active environment far removed from traditional, sprawling, rural farmlands.

"This approach actively supports a more sustainable food network while increasing the quality of life in the city through a community program of restaurants, markets, a culinary academy, and pick-your-own experience” explained Sasaki in a press release. “As cities continue to expand, we must continue to challenge the dichotomy between what is urban and what is rural. Sunqiao seeks to prove that you can have your kale and eat it too.”

Construction of the Sunqiao Urban Agricultural District is due to begin in 2017, and the ongoing development of the system will certainly be a one to keep an eye on.