The world’s largest artificial sun sheds light on the future of clean energy and the production of Hydrogen in a less energy intense process. 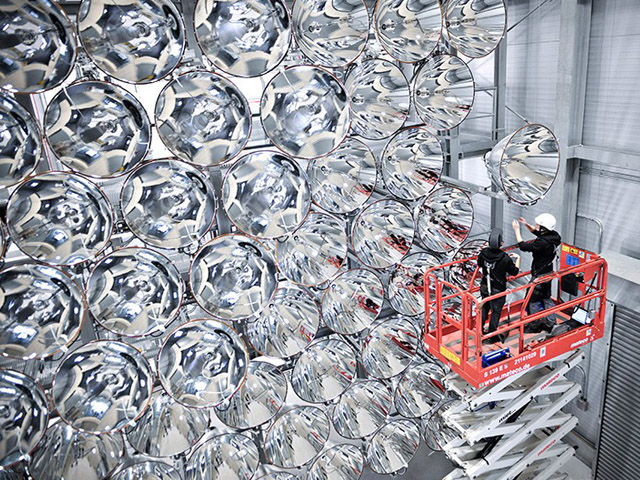 The world’s largest artificial sun has been constructed in The German Aerospace Centre, the solar power simulator is cleverly named ‘synlight,’ and is made up of 149 high-performance xenon short-arc lamps. Each lamp is angled to project light onto the same 20 by 20 CM spot. 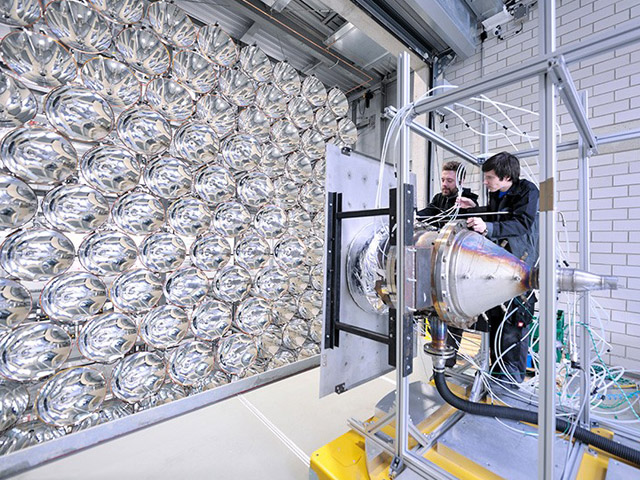 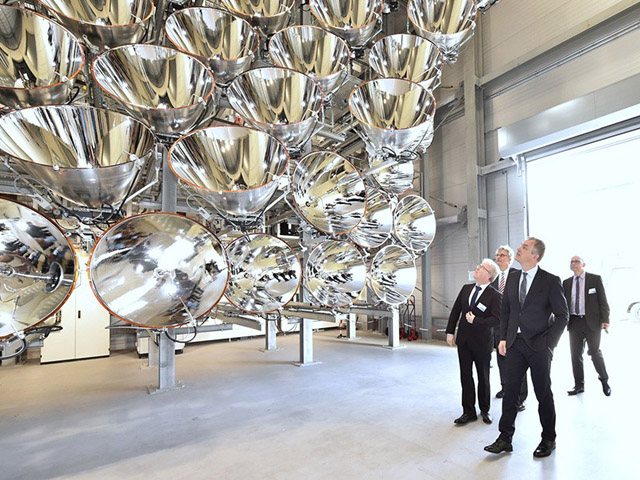 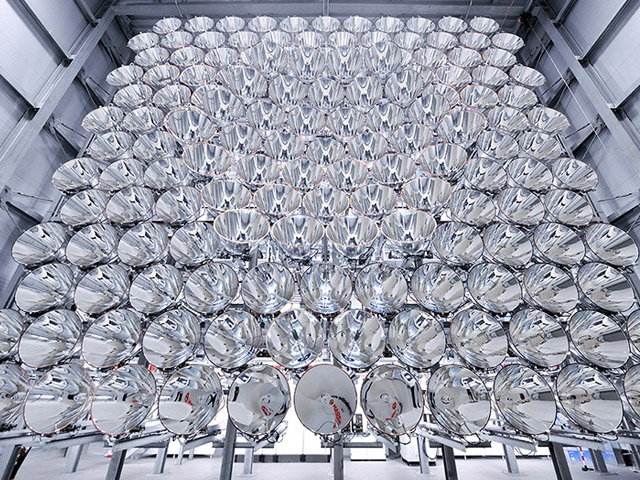 To place the magnitude of this light into perspective, a single xenon lamp is needed to project a movie onto a screen in a large commercial cinema. Consequently, the high-powered machine produces solar radiation that’s equivalent to 10,000 suns shining into the earth’s surface.

With a total 350 KW array, temperatures at the target point of the lamps can reach up to 3000 degrees, for those unlucky enough to be caught in this artificial suns direct rays or even enter the room when all lamps are switched on you would almost instantly burn to a crisp.

The German Aerospace Centre’s development will be used to further research on possible future production processes for solar fuels, including hydrogen. Researchers will use the high temperatures produces by the lamps to manufacture such fuels, mimicking the same process used in concentrated solar power plants which use a huge field full of mirrors to direct sunlight into one small, very hot area. The focused sunlight is then used to melt salt that creates steam, and in turn, produces electricity.

The consistent nature of this solar simulator proved beneficial to many research facilities in Germany and Europe at large as the continent experiences unreliable and irregular sunlight. An artificial sun such as Synlight is the preferred choice to perfect such methods of clean energy production.

Johannes Remmel, minister for climate protection in the north Rhine-Westphalia area of Germany, highlights the importance of researching clean energy choices, explaining that ‘we need to expand existing technology in practical ways in order to achieve renewable energy targets. However, the energy transition will falter without investments in innovative research, in state-of-the-art technologies and in global lighthouse projects like Synlight.’

The artificial sun will be used to perfect the method of artificially producing Hydrogen, this chemical is widely considered to be the fuel of the future, due to its ability to burn without producing any carbon dioxide.

Unfortunately for this fuel source, the production of Hydrogen is made by splitting water into its constituents of Hydrogen and Oxygen, and this requires large amounts of energy. Once a process is perfected to produce the valuable gas, using technologies such as Synlight means that the use of natural energy from the sun can complete this process with much less energy involved.

The technology is not quite there yet, however, the ‘artificial sun’ reportedly uses the same amount of electricity that the average household consumes in an entire year in just four hours of running time.

As opposed to currently being a green alternative for fuel research, it is the insight into future clean energy that simulators such as Synlight provide that is invaluable. As DLR executive board member Karsten Lemmer explains, ‘fuels, propellants and combustibles acquired using solar power offer immense potential for the production of chemical raw materials, and the reduction of carbon dioxide emissions.’

It is hoped this method will continue to develop into a more efficient power source with further research and development.