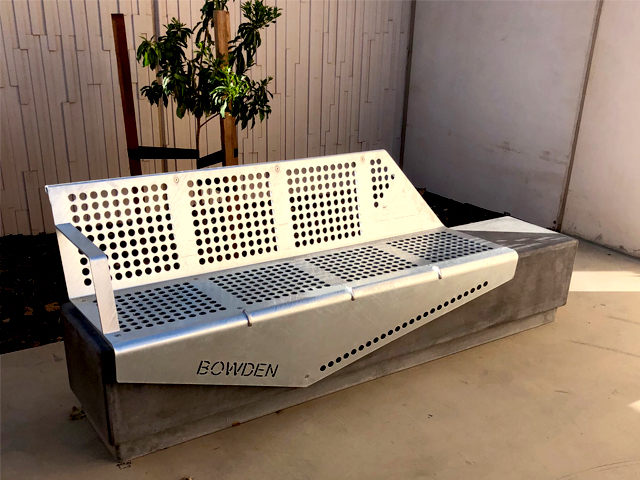 Bowden was one of the original stations on the Adelaide to Port Adelaide railway, when the line first opened back in early 1856. The designers, Outerspace Landscape Architects, were after a unique style that reflected the regeneration of a manufacturing facility.

Bowden Train Station in Adelaide was once the centre of a major manufacturing facility that was relocated in 1973. The area has since undergone major regeneration into a high-density living district with a vibrant market square that features retail precincts and eateries. The station itself was closed for renovations in 2017 and re-opened in early 2018. 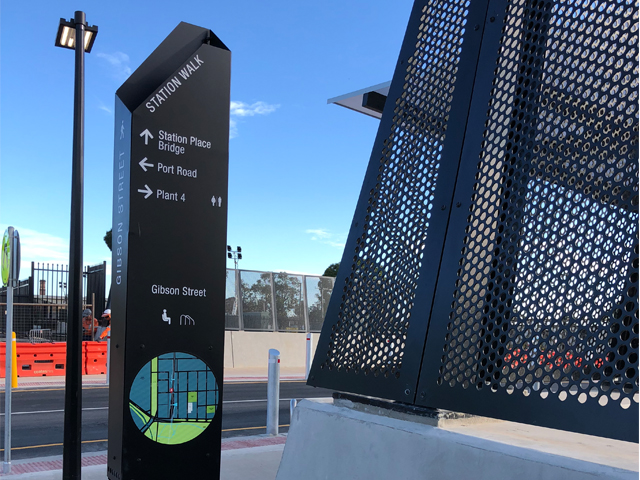 The designers wanted base materials that could withstand the rough treatment expected in train stations. Consequently, SPARK™ selected a combination of glass reinforced concrete (GRC), stainless steel galvanised mild steel that would serve as the base for the seats, benches, lighting and signage, while the galvanised steel would act as the seat bases. The seating also holds Bowden Station signage. Wayfaring signs were created with the same construction techniques.

SPARK™ Furniture took responsibility for each of these core elements. The project proved to be a challenge due to an extremely tight construction time-frame. The station remained open 24/7 to minimise disruption for commuters. This was particularly challenging when the furniture mould needed to be constructed once the drawings were approved, as the team had to work around commuters quickly and efficiently. 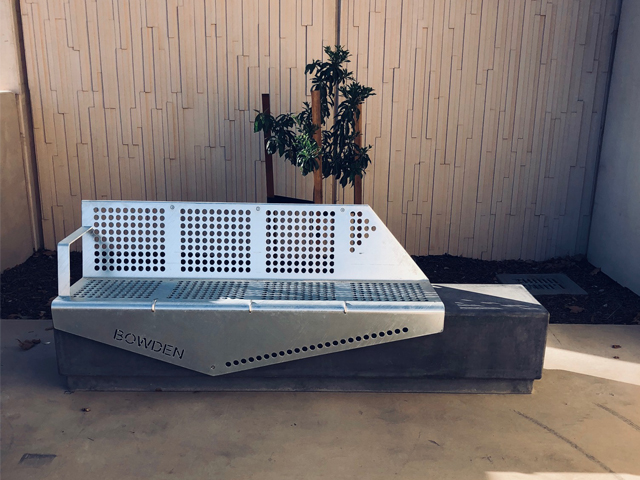 SPARK™ rose to the challenge, bringing their 25 years’ worth of experience to the table, and were able to complete the project within the time frame and to a high standard of quality. 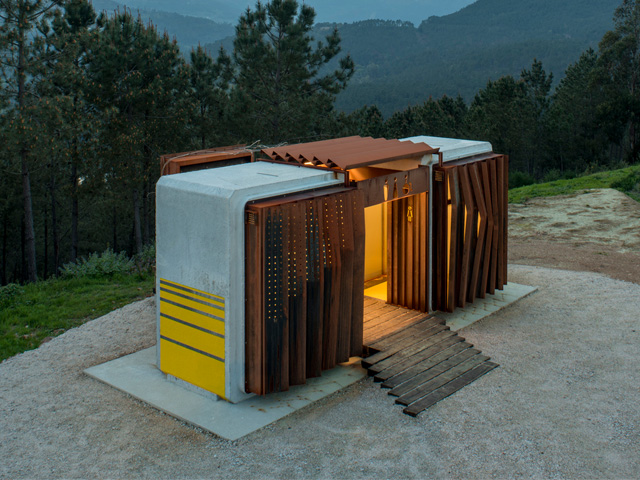 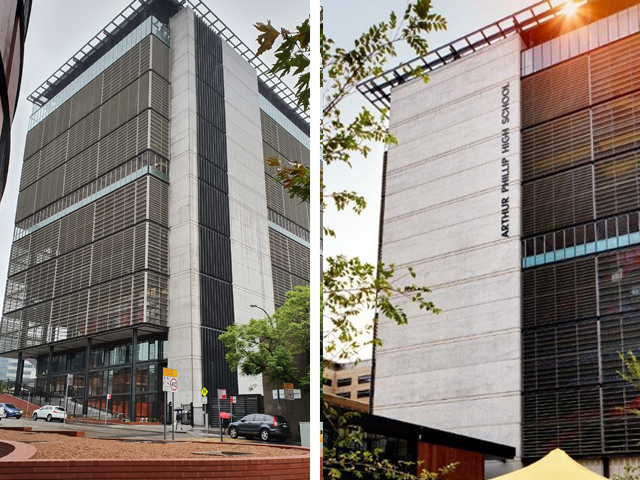 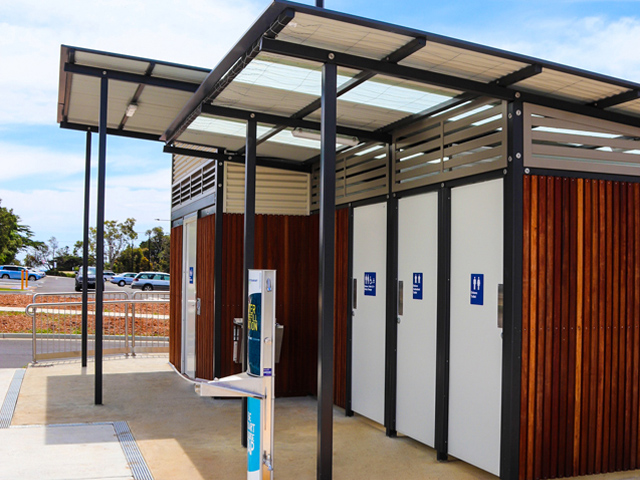 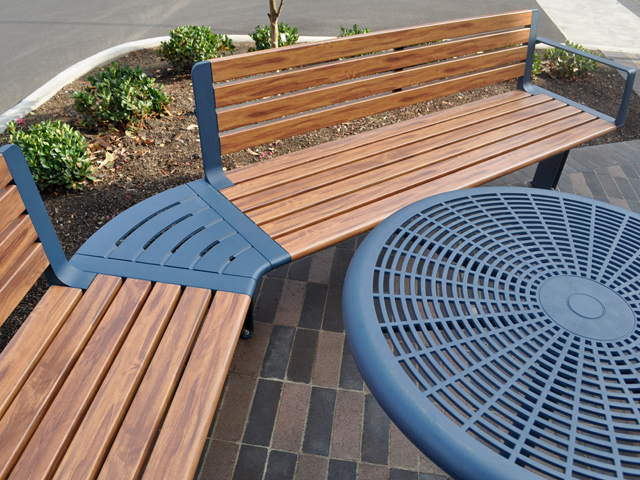 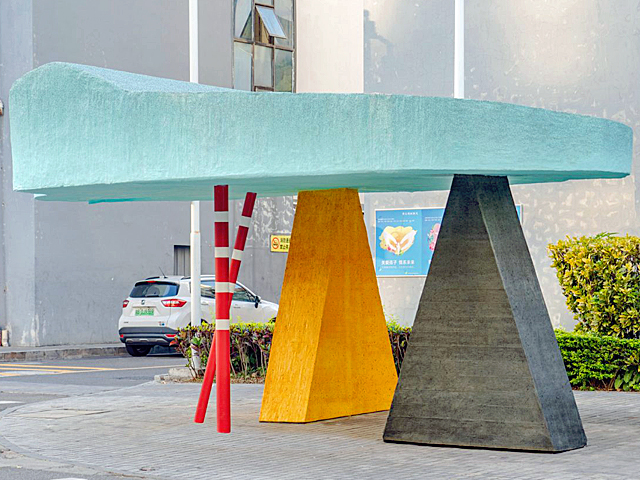