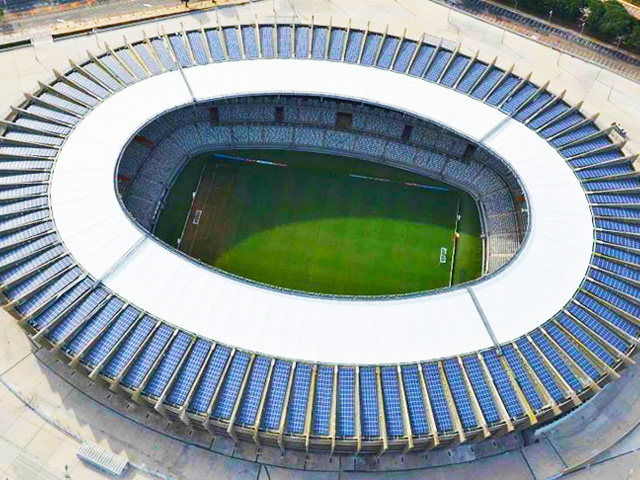 In preparation for the 2014 FIFA World Cup, Brazil’s Mineirão stadium was fitted with a new photovoltaic rooftop, complete with 6,000 solar panels. The stadium now produces more energy than it consumes, with an additional 10% of power going back to the grid. 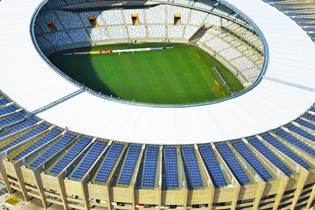 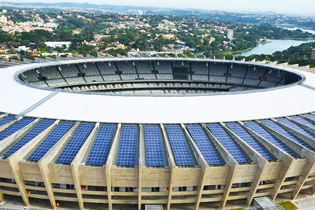 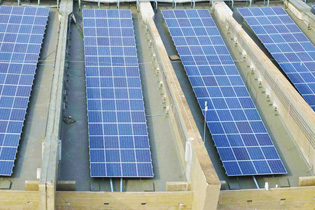 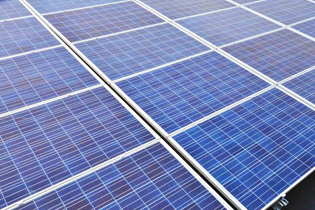 Solar initiatives represent a positive step forward for lessening the impact of mega events, and provides a valuable function for the stadiums once the games are complete.

While not completed in time for the 2014 World Cup, two more solar photovoltaic systems will be installed on World Cup stadiums in the coming months. The Estádio Nacional Mané Garrincha in Brasilia is set to have around 10,000 panels installed, with the capacity to generate 2.5 megawatts, and the Fonte Nova Arena in the city of Salvador will install enough PV panels to contribute 10% of the arena’s consumption needs.

The use of solar power in the 2014 World Cup shines a spotlight on global energy poverty. One-third of the countries competing in the event rely on fossil fuels to generate electricity and have less solar energy than a single stadium in Brazil.

While Brazil’s investment in sustainability initiatives such as solar power and carbon offsets help to mitigate the impact of the event, those measures only reduce a fraction of the 2.72 million tons of carbon dioxide emissions the World Cup is expected to produce.