A permanent installation of light inspired by the ocean and the changing seasons dazzles Sydney. 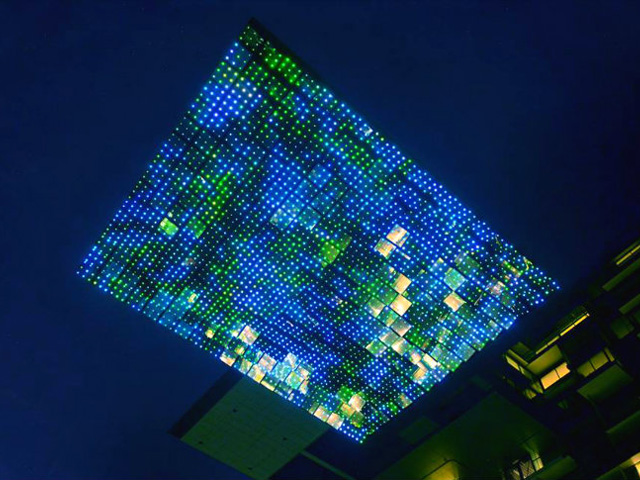 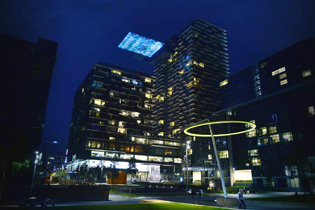 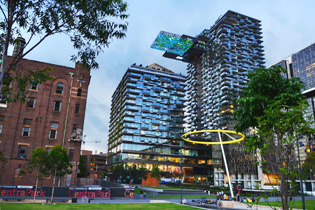 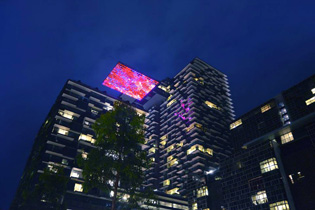 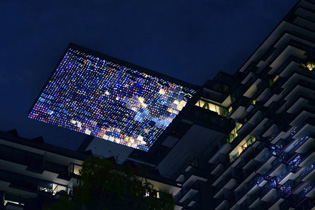 Located in Sydney's Central Park development, Sea Mirror (or Miroir de Mer) is a permanent light artwork inspired by the ocean and the changing seasons.

The installation is composed of 320 reflecting heliostats with 2,880 LED lights programmed for a showy display at night or to bounce daylight inside.

The permanent installation is suspended next to One Central Park with the mirrors directed down towards the ground and the plaza. The lights are programmed in a rotating sequence of short ‘performances’ that reflect the Winter, Spring, Summer and Autumn seasons. Each heliostat has nine LEDs with their own programmable URL address that light up for their show from dusk until 10pm every Thursday, Friday, Saturday and Sunday nights.

The artwork doesn’t just dazzle though; it also has a practical purpose during the daytime to fill one of the towers with natural light. The smaller of the two towers at One Central Park is located just below the installation and outfitted with its own mirrored panels. These rooftop panels bounce light from the sky to the installation, which then bounces daylight into the retail atrium of the larger tower, the pool terrace and adjoining parklands.

“Sydney’s harbour is mythical for the sailing universe and being a sailor myself, the opportunity to capture the sea in this way and reflect it indirectly on the heliostat, constitutes the grounds for this geo-poetical signal,” explains Kersalé.

“It is important to understand that the installation is an allegory, a symbol of the sea in the city.”

The construction and engineering of the project was handled by a collaboration of Sydney-based construction, engineers and lighting specialists including Kennovations, Arup, Watpac and Xenian.