A robotic bee drone could help pollinate crops as real bees decline. Initial studies have shown a successful cross pollination in trials with no damage to the flowers, could this be the future of pollination? 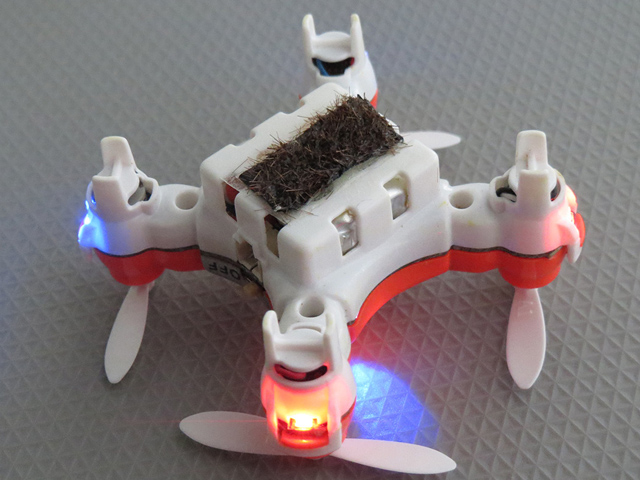 A drone that can pollinate flowers may one day work side by side with bees to improve crop yields. Eijiro Miyako at Japan’s National Institute of Advanced Industrial Science and Technology and his colleagues have used the principle of cross-pollination in bees to make a drone that transports pollen between flowers. 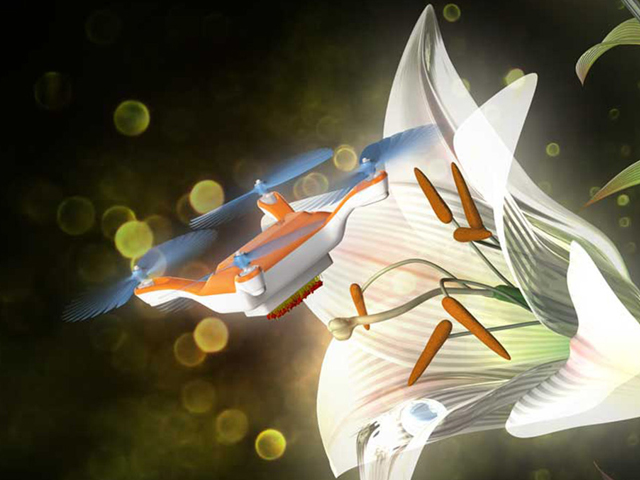 The manually controlled drone is 4 centimeters wide and weighs 15 grams. The bottom is covered in horsehair coated in a special sticky gel. When the drone flies onto a flower, pollen grains stick lightly to the gel, then rub off on the next flower visited.

In experiments, the drone was able to cross-pollinate Japanese lilies (Lilium japonicum). Moreover, the soft, flexible animal hairs did not damage the stamens or pistils when the drone landed on the flowers.

Miyako has stated that the team is now working on developing autonomous drones that could help farmers to pollinate their crops. GPS, high-resolution cameras, and artificial intelligence will be required for the drones to independently track their way between flowers and land on them correctly, though it will be some time before all that is in place.

“We hope this will help to counter the problem of bee declines,” says Miyako. “But importantly, bees and drones should be used together.”

About three-quarters of global crop species rely on pollination by bees and other insects. But pesticides, land clearing and climate change have caused declines in many of these creatures, creating problems for producers and forcing the industry to consider technologically enhanced ways to pollinate produce.

Saul Cunningham at the Australian National University in Canberra says that using drones to pollinate flowers may not be economically feasible despite being an intriguing idea. “If you think about the almond industry, for example, you have orchards that stretch for kilometers and each individual tree can support 50,000 flowers,” he says. “So the scale on which you would have to operate your robotic pollinators is mind-boggling.”

Several more financially viable strategies for tackling the bee decline are currently being pursued, says Cunningham. These include better management of bees through the use of fewer pesticides, breeding crop varieties that can self-pollinate instead of relying on cross-pollination, and the use of machines to spray pollen over crops.

The below video shows the drone in action, time will tell if it is the right solution for the industry's needs.