Playgrounds and surrounding areas can now be made safer using methods implemented by Ozbreed and Fiona Robbé Landscape Architects. 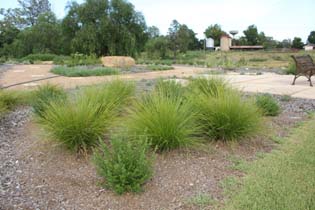 Playgrounds and surrounding areas can now be made safer using methods implemented by Ozbreed and Fiona Robbé Landscape Architects, which meet the Australian Standard and have won an award at the Kidsafe 2012 National Playspace Design Awards. 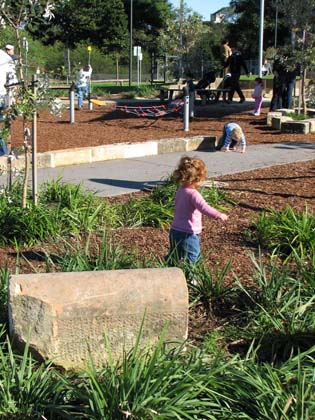 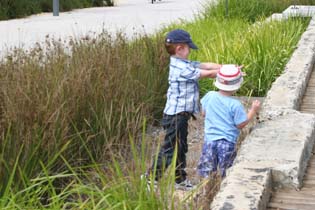 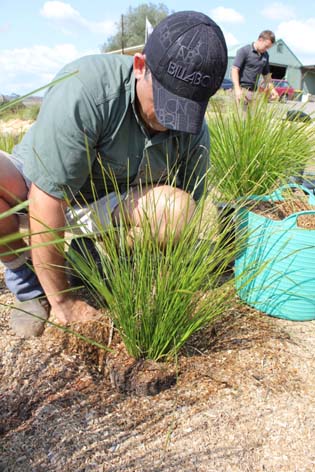 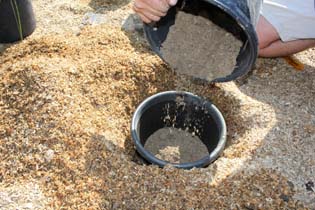 Ozbreed, in conjunction with Fiona Robbé Landscape Architects, found a need to make playgrounds more natural, as kids love playing in playgrounds and quite often wonder off exploring their surrounds. Kids also love playing with plants, and this should be considered more so by Landscape Architects and Designers whilst still ensuring an optimum safe play environment. The increasing demand and interest in the performance of non-woody plants in mulch in and around play equipment, including fall zones, set the premise for this trial. The main aim of the trial is to systematically determine the optimum growth conditions for non-woody plants in playgrounds mulch. This will allow playgrounds to look more natural and reduce the open bare appearance of play equipment without compromising safety.

Preliminary results as of November 2010 showed that plants with soil underneath established and rooted out much quicker than the plants planted straight into the mulch, and the plants in Port Stephens Pine Mulch had rooted out much quicker than in the Playbark Pinebark Mulch. Naringa displayed affected growth between the soil base method and when planted straight into mulch. Photos depict that with soil, growth has been abundant, while without it seemed to stay the same since planting. Tanika however showed a better growth habit in the soil base method and the foliage looked cleaner. Results as of February 2011 showed that the plants continued to thrive. They actually seemed healthier and had grown more than the control plants in the surrounding ground. Again the Port Stephens Pine Mulch has proven more fruitful than the Playbark Pinebark Mulch with plants thriving, however this will be further tested. Overall it was noted that the plants survived and performed better in the soil base method conditions. This is quite important to note within the playground environment as when planted this way they will have a much better chance of surviving harsh wear and tear from kids and pets.

Safety of plants in Playground Mulch:

Fall height testing was also conducted to determine the Critical Fall Height (CFH) for “Under Playground Surfacing with Plants” in accordance with the Australian test method AS/NZS4422:1996. Fall height tests were completed on said bark mulch areas, including tests on the plants installed within these mulches (NaringaTM and Tanika®). It was found that the two types of bark mulches passed the testing with a result of the Critical Fall Height (CFH) minimum for the two complete areas at least 3.2 metres, deducing that these conditions now meet strict Australian Standards.

Ozbreed is proud to be a part of this research, bringing newly found information to Landscape Architects and Designers of Playground areas. Playgrounds are such a valuable part of Australian outdoor family time and an area where safety for young children is paramount, and should be constantly reviewed. Ozbreed will continue with these trails over the coming months and years, with further results to be published as they are realised.

Ozbreed are renowned for their intensive and far reaching research, bringing specifiers and users of its products more comprehensive information and confidence in its products.