Phoenix Valley marks a new cultural hub for the city of Wujin, China. 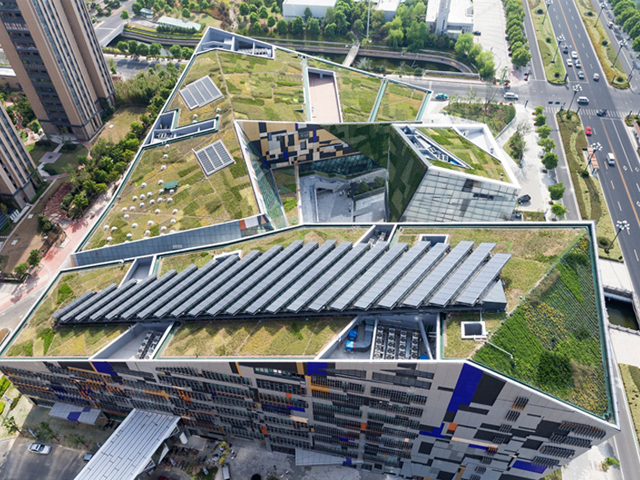 Situated adjacent to the Lotus Building in Wujin China, the Phoenix Valley development comprises a series of jagged buildings with a mosaic like facade matched by a patchwork of green roofs and walls that help purify the air and insulate the building. The structure includes built-in photovoltaics (BIPV) and solar thermal arrays, as well as large LED screens and tubes across many of its façades. 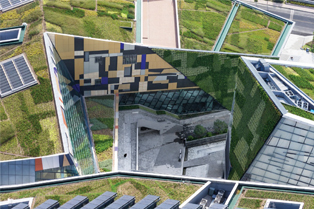 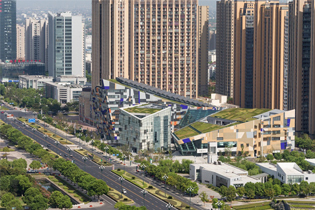 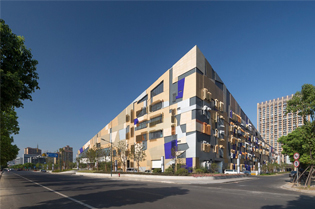 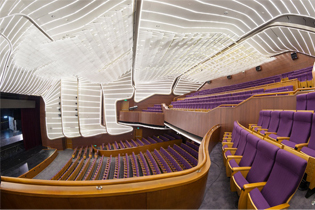 Despite the initial project plan diverting an existing canal to a less prominent position on the site, the project designers from studio505 choose instead to integrate the waterway into the site plan as a new active element.  This gesture created a protected internal courtyard space which functions as a central gathering space providing access to all the parts of the centre.

The 65,000m² building unifies a wide array of independently operated programs into one complex including four cinemas, a 1000 seat grand theatre, a 5-storey flexible art gallery, a youth learning centre, an occupational experience hall and a sports and dance auditorium.

“This broad and complementary mix of programme has been carefully tailored, folded, inserted, and moulded into the form of the building through a process of occupation, of inhabitation, carving out and claiming of regions, colonising of niches, of caves and hollows excavated from within the simple, powerful geological form of the overall complex,” the Australian architecture firm studio505 had said.