A multi-storey car park with a plant-covered facade and a landscaped park on the roof complete with play spaces has been unveiled for Copenhagen. 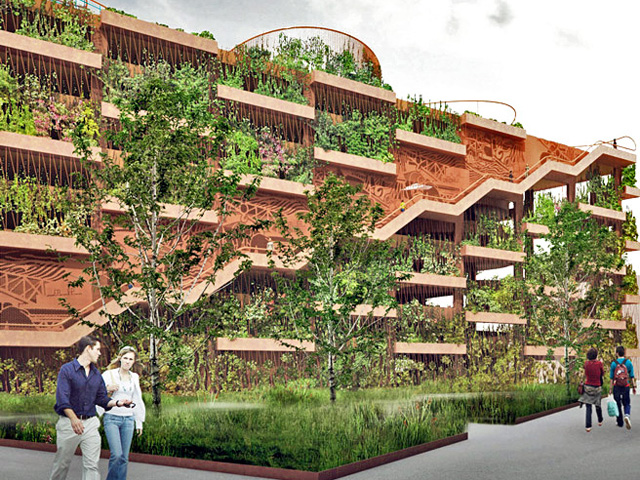 A multi-storey car park for Copenhagen will feature a plant-covered facade to hide the cars inside, with grand external staircases leading to a landscaped park on the roof, creating a ‘green garage’. 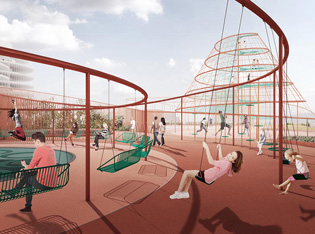 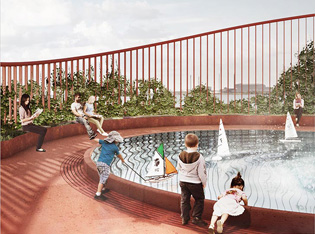 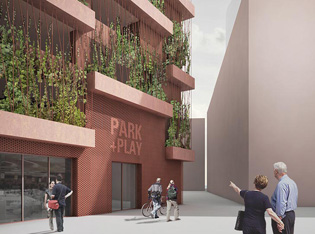 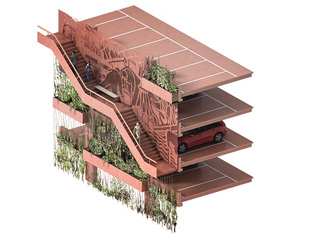 Designed by local firm JAJA Architects, the car park's functional concrete frame is used as the basis for a staggered pattern of planting boxes that wrap around the building and contain greenery to shield the parking spaces from view.

"Instead of concealing the parking structure, we propose a concept that enhances the beauty of the structural grid while breaking up the scale of the massive facade," JAJA architects explained.

The project is located in an area called the Red Neighbourhood, named after its historic red brick harbor buildings. The architects specified that the car park should be built from concrete that has been tinted a similar shade. Set in contrast to this red backdrop, the project’s green facade is its most noticeable feature.

Influenced by the staircases on the outside of the iconic Centre Pompidou in Paris, stairs rise from the ground floor across the long sections on the north and south sides of the car park.

The walls behind these staircases will be decorated with a frieze created by Copenhagen visual designers RAMA Studio, which will depict the area's industrial history.

A handrail will follow the staircase as it ascends across the facade and then continue when it reaches the roof, transforming into an architectural feature that unites the various leisure spaces and play areas.

"From street level, the railing literally takes the visitors by the hand, inviting them on a trip to the rooftop landscape and amazing view of the Copenhagen harbour," said the architects.

As well as connecting playgrounds featuring swings and climbing structures, the rooftop railing will incorporate fences and plants to help provide sheltered spaces for relaxing.

Construction is due to begin later this year, with the design the latest in a string of unusual car parks from around the world including a car park in Bordeaux with housing on its roof; another in Austria with colourful parking spaces surrounded by criss-crossing concrete columns; and the Herzog & de Meuron's multipurpose car park building in Miami.