After 15 years of planning and construction, Liberty Park in New York City is finally open to the public. This beautiful park overlooks the 9/11 memorial and gives sweeping views of the WTC. 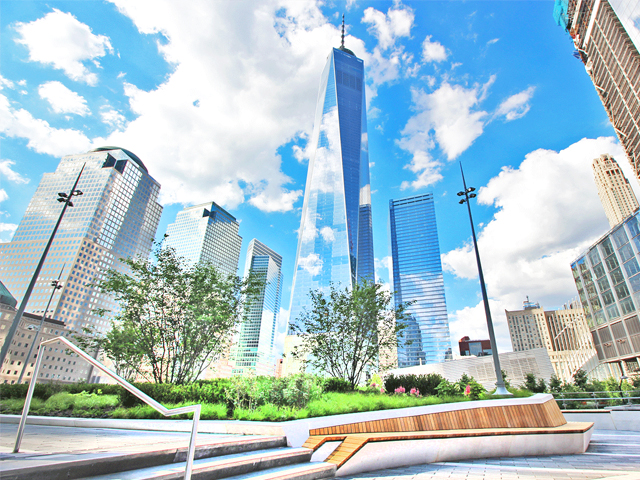 Liberty Park, an acre-long elevated oasis overlooking the World Trade Centre, is finally open after 15 years of planning and construction. Running along Liberty Street, the new strip of public green space is a place to take a load off and gaze out over the leafy expanse of the 9/11 Memorial Plaza from almost 8 metres above the ground. 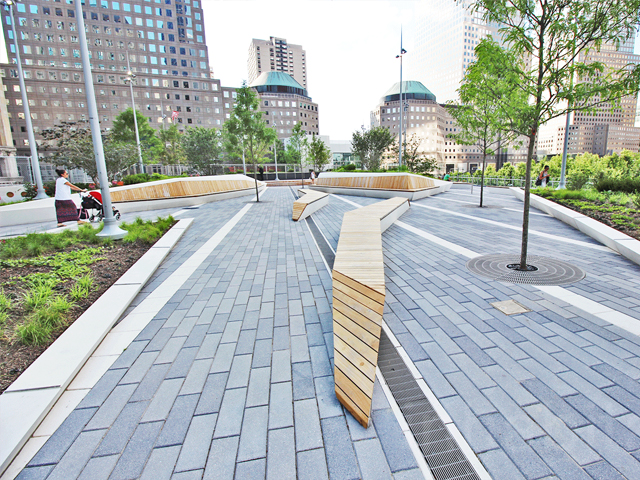 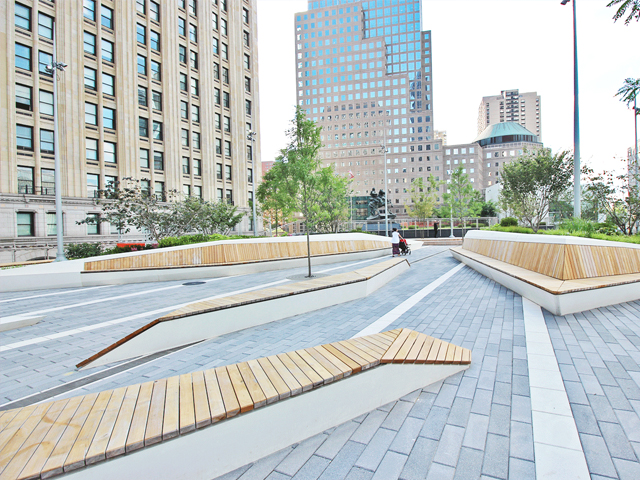 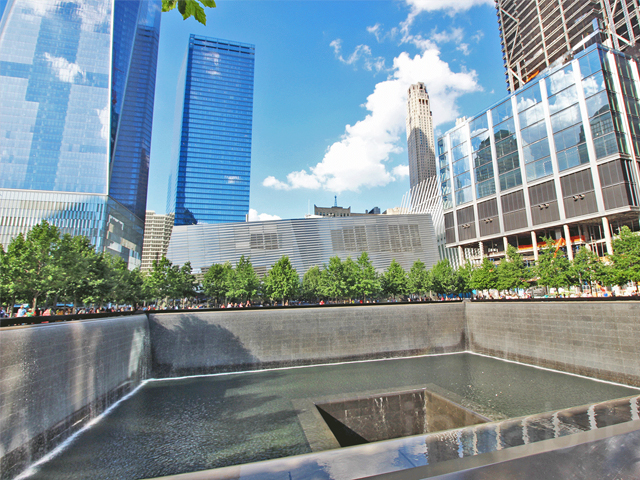 The urban oasis can be accessed via a wide staircase on the corner of Liberty Street and Greenwich Street or a narrow set of steps on Liberty closer to West Street. Or – for commuters hoping for a more scenic way to traverse the highway – the park can also be used as a crossing to Battery Park City thanks to the Liberty Street Pedestrian Bridge on its west side.

Currently still under construction, the new Santiago Calatrava-designed St. Nicholas Greek Orthodox Church, which will replace the original church building that was destroyed in the 9/11 attacks, will flank the park once it is complete.

The serene green space is dotted with over 150 different kinds of trees and shrubs, including a descendent of Anne Frank’s famous Horse Chestnut Tree.

The main expanse of the park is characterized by angular benches made out of concrete and recycled teak.

On its north side, the clearing opens up to a long glass railing and breathtaking views of the World Trade Centre.

The main showpiece of the park is its 102-metre-long, 8-metre-high planted wall, which faces out onto the 9/11 Memorial Plaza. Fabricated by Riverhead, NY-based Plant Connection, the multi-hued vertical garden is made up of 826 panels that hold 3,849 Baltic Ivy plants, 3,657 Common Periwinkle plants, 3,490 Coral Bells, 5,782 Golden Star plants, 3,734 Japanese Spurge plants and 1,844 vines of Wintercreeper. The wall’s 22,000 plants are watered by an 18-zone drip irrigation system that is designed to catch and reuse excess water that is not absorbed.

Liberty Park will be open to the public daily from 6am-11pm.