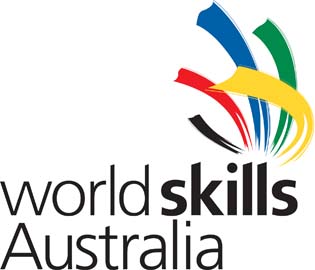 Alden Meale, a Certificate III in Horticulture (Landscape) student from Diamond Creek representing metropolitan Melbourne, won gold and Ryan Dahlblom, another Certificate III in Horticulture (Landscape) from Wallan representing regional Victoria, won silver. Both will now represent Australia in the Landscape Construction field in the WorldSkills International Competition to be held in 2013, in Leipzig, Germany.

Twenty-year old Alden found the competition very challenging. “We were all given the same design which included brick work, rock work, timber work, turf installation, garden work and design, but at the end it came down to who did the best in all the different aspects. The judges used a marking scale and the person with the highest score won. All the competitors were the best from their region and to be picked as number one from the whole of Australia was very rewarding.”

Alden also feels proud that the runner-up, Ryan Dahlblom, is a fellow NMIT student, and the pair will form the Landscape Construction Team that will lead Australia in the WorldSkills International Competition.

“I’m really excited that we will be going together and can hopefully bring home a medal which has never been done before in Landscape Construction,” he said.

Stephen Keogh, NMIT teacher and WorldSkills team leader, says NMIT provides competing students with sponsorship and financial assistance to attend the competition, and provides extra training outside course hours. “It takes extraordinary commitment to win at a national level because of the amount of training involved,” says Mr Keogh. “The teachers at NMIT support these students every step of the way.”

“Alden and Ryan will travel to Leipzip in 2013 as part of Australia’s Skillaroos in a bid to be titled the world’s best in their chosen skill area at the 42nd WorldSkills International Competition. It is here that the world’s most skilled young people from 61 countries and regions will be competing in 43 skill areas for the prestigious title of world champion,” he said.

“The competitors put in an enormous amount of training for the national competition, all of their skills are tested, not only their technical understanding, but working under pressure in front of a crowd and being able to recover quickly from a mistake. These people are the future of trades throughout Victoria and Australia,” Mr Keogh said.

WorldSkills Australia is a national not-for-profit organisation that provides young Australians, the opportunity to gain new skills, compete against their peers in their chosen field, and fast track their skills and career development.

The national competition was held from 30 August to 1 September in Sydney.