Climbing to a total height of 300 metres, Skyrise Miami is part observation tower, part thrill ride, and is set to be a defining landmark for the region. 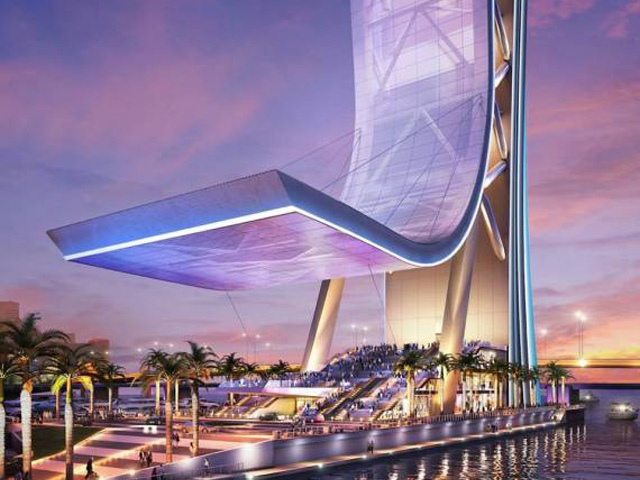 Upon completion, Skyrise Miami will be Florida’s tallest building, featuring theme park attractions that are not for the faint hearted. 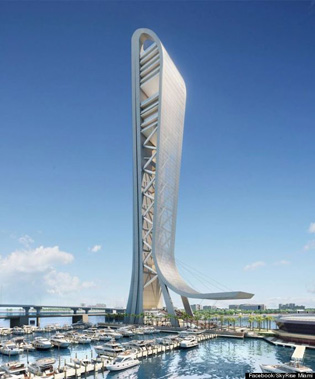 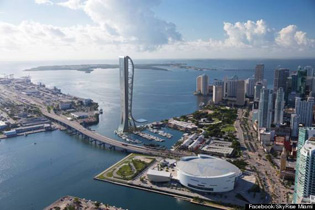 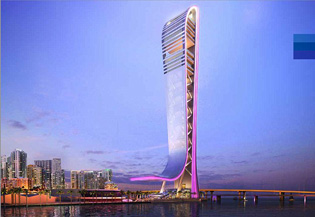 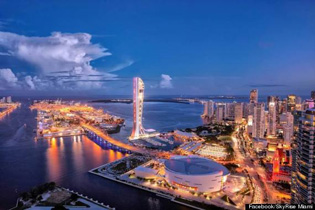 At the upper levels of the tower, a five star fine dining restaurant is accompanied by a ballroom, while an observation deck provides expansive views from the top of Florida’s tallest building. It will also feature two built-in amusement park attractions for visitors seeking a rush of adrenaline.

The SkyRise Drop will allow those brave enough to bungee jump from the skyscraper while attached to a high-speed controlled-descent wire. Alternatively, the SkyPlunge will see participants locked into a harness to free fall 50 stories before an extremely rapid deceleration brings them to a screeching halt.

For additional entertainment there will also be an exclusive club and bar and the SkyRise Flying Theatre featuring a motion based simulator, similar to those used at Disney World.

Project developer Jeff Berkowitz commented, “Miami is a world-class city. And I think an iconic structure downtown will firmly cement Miami on the global stage. It’s going to be Miami’s Eiffel Tower.”

Designed by Miami-based architects Arquitectonica, the hairpin-shaped tower is said to be relatively energy-efficient and will be aiming for LEED Gold certification.

The mixed-use project is scheduled for a 2018 completion date.