New plans to improve Sydney's Martin Place thoroughfare include outdoor dining areas, in an endeavour to encourage increased patronage to this central location. 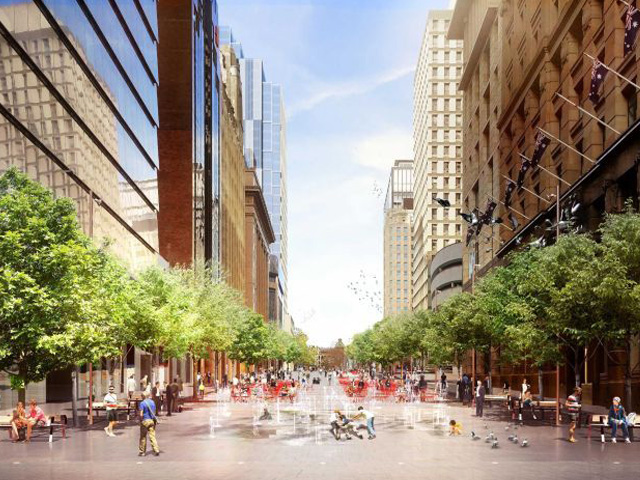 The City has announced development plans for Martin Place that will see new works implemented and an increase in outdoor dining options for restaurant patrons. Aiming to provide increased amenities and improve the look of the public areas in this part of the city, extensive improvements are planned for this popular area of the Sydney CDB. 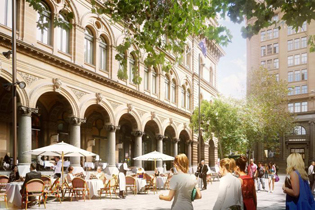 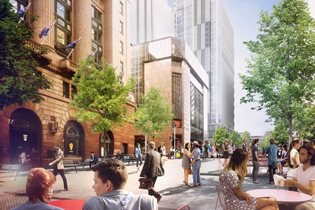 The City is inviting public comment on new draft policies which include:

Lord Mayor Clover Moore said the City had been working extensively with Martin Place property owners to rejuvenate the area and bring more life into the CBD.

“Martin Place is Sydney’s most popular public plaza with some of the city’s finest buildings,” the Lord Mayor said.

“These changes will make Martin Place and the area around the Quay more appealing for the thousands of people who enjoy these busy areas each day.”

“We want people to spend more time in Martin Place and, if it’s approved, this scheme will bring more trees and landscaping, more seating, and for the first time outdoor dining to this great city plaza.”

Many of the owners of major commercial properties in Martin Place have welcomed the City’s plans.

In preparing the plan, the City has taken advice from Gehl Architects who originally proposed light rail in George Street, and from HASSELL Architects who have worked on streets connecting with Circular Quay, along with government representatives and members of the public.

The proposed plan is to be carried in three stages, short, medium and long term, with the first stage to begin within the next two years. The plans will be placed on exhibition for four weeks and public comments are invited.

Images: Artist's impression of the improvements to Martin Place