A new green wall product promises to bring the benefits of green roofs to any exterior surface of any skyscraper. 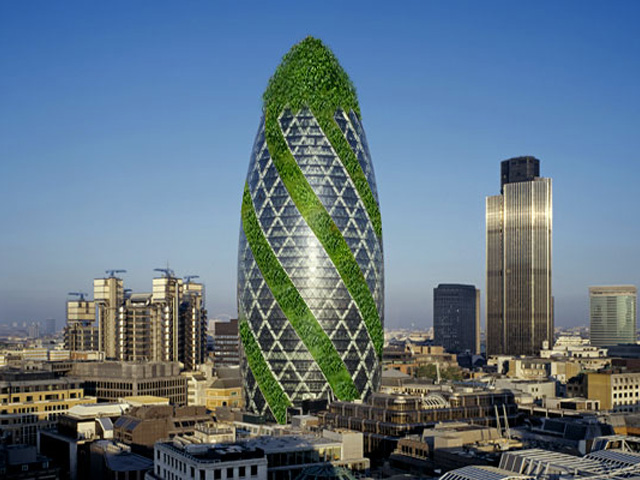 Under pressure from other more sustainable buildings popping up around the world, London’s Gherkin Tower, designed by Norman Foster, has recently begun testing an innovative vegetated facade panel. 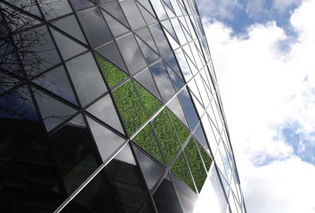 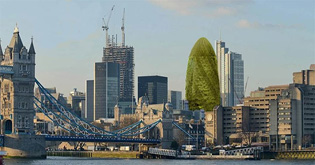 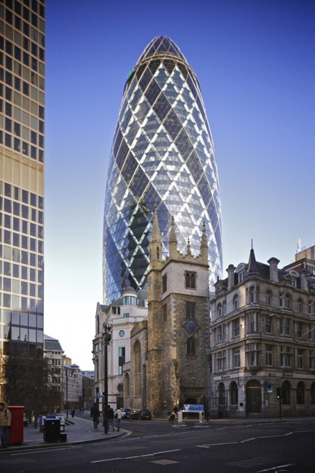 This new green wall product, known as the “Core Hydraulic Integrated Arboury panel” promises to bring the benefits of green roofs to any exterior surface of any skyscraper.

The panel works by soaking up moisture from the air and funnelling it through its specialised membranes, which are able to generate enough water for plant growth. The plants, mostly a mixture of lichens and grasses, are expected to grow out of the panel and envelope the facade.

This new panel is just one of the many energy saving methods that the Gherkin employs which allows it to function on half the power that a similar tower would require.

It is also renowned for its shaft system which serves as a natural ventilation system for the entire building. The shafts create a giant double glazing effect, which sandwiches air between two layers of glazing which insulates the office space inside. The shafts also allow sunlight to pass through the building, making the work environment more pleasing, and keeping the lighting costs down.