LONDON TAKES TO THE SKY


In what is becoming a worldwide tradition of recreating the High Line, a London-based collaboration has released a proposal for the conversion of a defunct railway line into the Camden High Line in London. 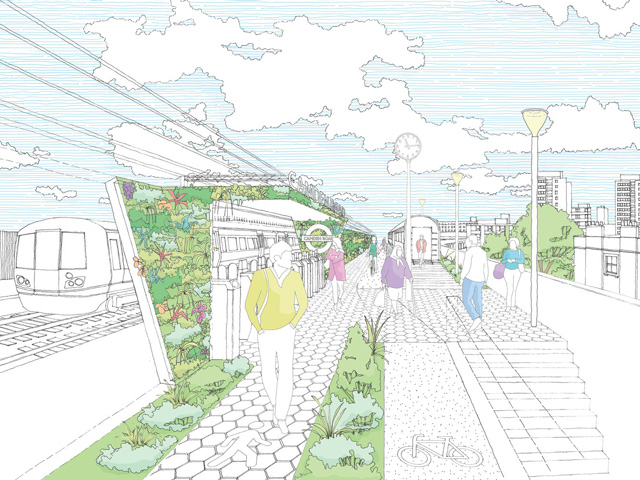 The New York High Line is set to receive a new British sibling, in the form the Camden High Line – a conversion of the defunct railway line connecting Camden Town and King’s Cross, into an elevated public space and commuting route.

The invited competition for the project was won by London-based practices Studio Weave and Architecture 00, whose proposal is one of three international designs that have followed the success of the High Line in New York, with the other two situated in Bangkok and Mexico City. 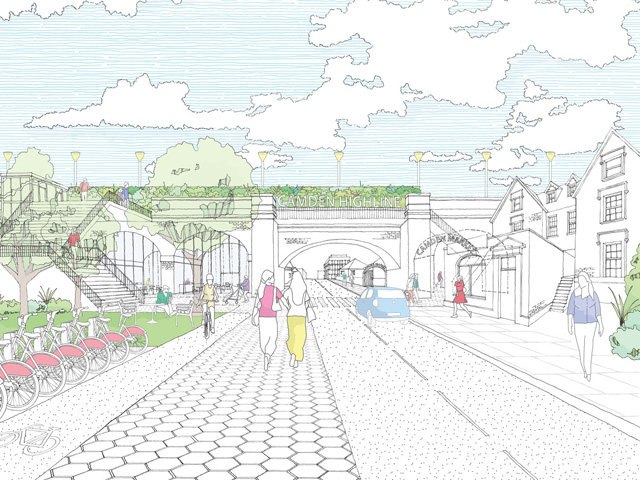 “We think the re-use of this railway line for the Camden High Line outweighs the benefits and costs of leaving it vacant,” said Simon Pitkeathley, Chief Executive at Camden Town Unlimited.

“This new transport link can reduce overcrowding and journey times on the existing, cycling and pedestrian routes nearby like Regent’s Canal.” 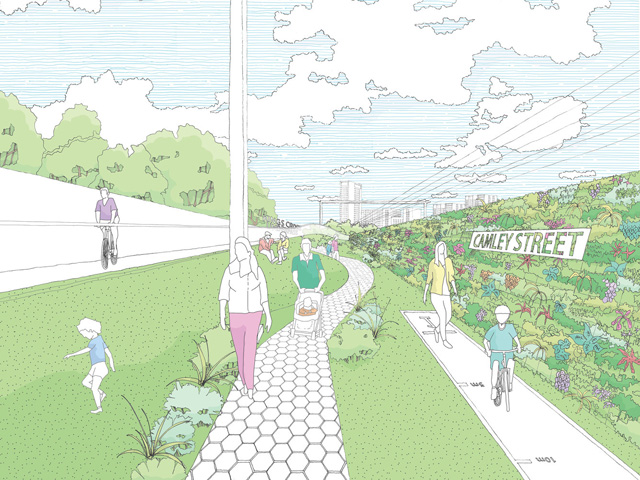 Camden’s High Line stretches 0.8km and sits 8 meters off the ground while crossing several similarly disused bridges in addition to eight roads. The aim is to provide a direct link “between two of London’s most diverse post-industrial districts”, manifested as an attractive public park.

Originally built as part of the North London Railway, now known as the North London Line, the abandoned railway line will feature a garden walk, a new park, and will expedite travel times for cyclists and other pedestrians, in an effort to improve the district of Camden. 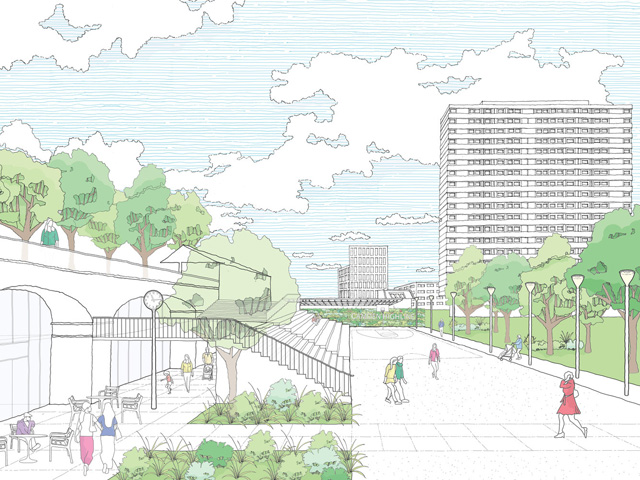 Given the railway line’s prominent presence within the urban fabric, the success of the project is hoped to greatly impact the local residents and surrounding neighbourhoods. 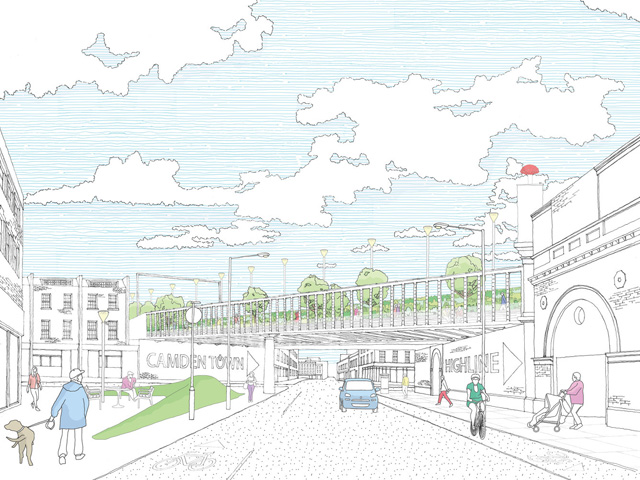